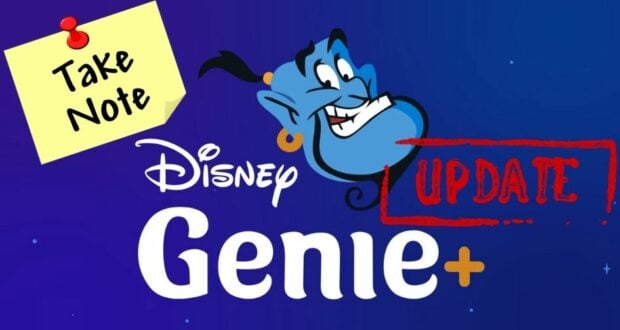 Visiting Walt Disney World Resort in the very near future? Not only is Disney preparing for summer crowds with tasty new bites and a brand new roller coaster attraction known as Guardians of the Galaxy: Cosmic Rewind, but Disney Park Guests will also want to be aware of big Disney Genie+ changes coming soon.

Disney Genie+ is part of the three-piece puzzle Disney rolled out in Fall 2021. The Disney Genie is a complementary addition to the My Disney Experience App created to help Park Guests optimize their day. The Disney Genie+ is an upcharge service (similar to the former FastPass system) that allows Guests to select a few attractions a day to skip the standby line at the rate of $15 per person, per day.

Stroll on over to EPCOT with us where the news has previously been shared that when Guardians of the Galaxy: Cosmic Rewind opens on May 27, 2022, Guests will either need to snag a virtual queue or purchase an individual Lightning Lane pass for the attraction. The new ride will NOT have a standby line.

This brings more changes to Disney Genie+! Disney has now announced that Remy’s Ratatouille Adventure in EPCOT’s France Pavilion will no longer be considered an individual Lightning Lane attraction in the near future.

Beginning May 31, 2022, Remy’s Ratatouille Adventure will join EPCOT’s list of Disney Genie+ attractions. This means both Remy’s Ratatouille Adventure and Guardians of the Galaxy: Cosmic Rewind will be individual Lightning Lane attractions from May 27 to May 30. Starting May 31, however, Cosmic Rewind will be the only individual Lightning Lane at EPCOT as Remy’s rolls onto the Disney Genie+ attractions list.

Walt Disney World Resort has updated its website to note the following for EPCOT:

**Until August 7, 2022, Mickey & Minnie’s Runaway Railway, Frozen Ever After, Remy’s Ratatouille Adventure (beginning May 31, 2022), Space Mountain and Expedition Everest – Legend of the Forbidden Mountain will be included via Disney Genie+ service and will not be included as individual Lightning Lane entry selections.

If you have plans to visit EPCOT prior to August 7, you’ll want to take note of this Disney Genie service change and plan accordingly. As always, be sure to review your My Disney Experience App information prior to visiting Magic Kingdom, EPCOT, Disney’s Hollywood Studios, and Disney’s Animal Kingdom for the latest Disney updates!