Plans to rebuild Notre Dame Cathedral have been given the proverbial green light which sounds like a really good thing until you hear the rest of the story, which includes controversy over the plans because some feel they will lead to a “woke theme park,” complete with a Disney-esque feel to it. 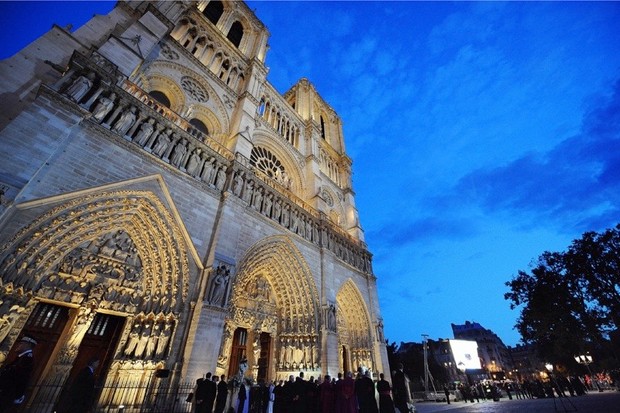 In November, DisneyDining brought you the story about the latest plans for the restoration of the iconic 850-year-old Notre Dame Cathedral in France that, for some, double as plans for a “politically correct Disney Park.”

In spring 2019, after standing as a beacon of hope and light to millions upon millions for centuries on the eastern end of the Île de la Cité in Paris, Notre Dame was under siege, but not as a result of war or an enemy’s efforts.

Rather, Notre Dame began to crumble under its own majestic roof, which had given way as a devastating fire began to eat away at the exterior of the grand cathedral. The fire looked like it would engulf the beloved cathedral in its entirety. The beacon suffered extensive damage from a fire that broke out in the uppermost parts of the structure, destroying the roof, its tallest, most grandiose spire, and the topmost parts of the structure’s walls. 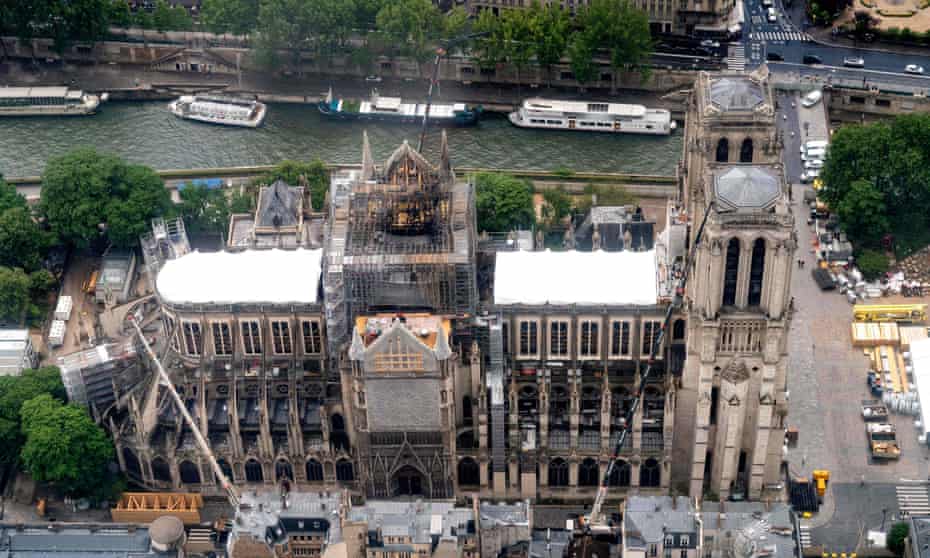 Remarkably, there was little damage found inside the cathedral.

Even before the burning embers had cooled, plans began to take shape for the reconstruction of the cathedral at which Henry VI was crowned in 1431 and at which Mary, Queen of Scots, was wed to her first husband Francis, the Dauphin of France, in 1558.

French President Emmanuel Macron vowed to the French people that Notre Dame would be rebuilt.

“I make this commitment,” he announced, “a national subscription will be organized in France and beyond our borders. We will call on the most talented people, and there are many of them, and they will come and contribute to this appeal. We will rebuild the cathedral. We will rebuild Notre Dame. It’s what the French expect. This is what our history deserves. This is our deep destiny.”

Perhaps his words now linger in the minds of the French people and in the minds of people all over the globe: that rebuilding Notre Dame “is what our history deserves,” especially as plans for the rebuilding of Notre Dame call for something quite different than a reconstruction of the Gothic Medieval cathedral.

Plans for the rebuilding have been likened to a “politically correct Disneyland” and call for things like “discovery trails,” Bible verses projected onto the chapel wall inside the cathedral, confessional boxes, and “emotional spaces” created inside the ninth-century cathedral.

For some, these plans seem to remove the spiritual component from the experience of worship at the cathedral. For others, the plans come close to feeling blasphemous.

Along with a donation of $5 million from The Walt Disney Company, then-CEO Bob Iger issued a statement of sympathy, compassion, and heartfelt support about the cathedral and its place in history and in the hearts of people.

“Notre Dame is a beacon of hope and beauty that has defined the heart of Paris and the soul of France for centuries, inspiring awe and reverence for its art and architecture and for its enduring place in human history,” the statement read. “The Walt Disney Company stands with our friends and neighbors in the community, offering our heartfelt support as well as a $5 million donation for the restoration of this irreplaceable masterpiece.”

RELATED: Former Disney CEO tells Chapek not to rely too heavily on data in making decisions And now, “reconstruction” plans for this irreplaceable masterpiece, this iconic structure, this historic landmark, that many say seem as though “Disney entered Notre Dame” have been approved, meaning they will move forward with plans to create new spaces and new areas for reflection and prayer inside the cathedral. 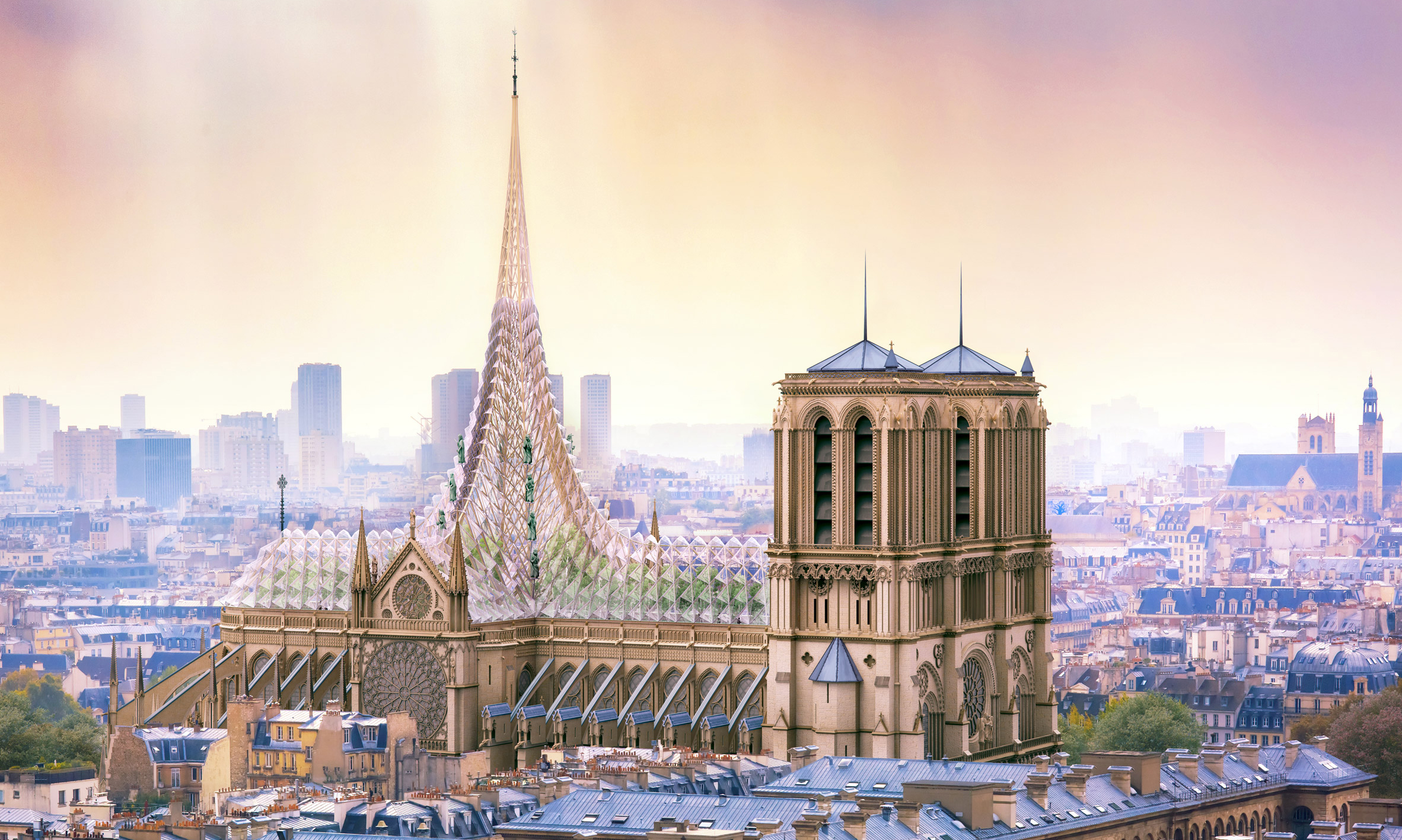 One artist’s rendering of a roof concept at Notre Dame that would allow the cathedral to generate energy and food/Credit: Dezeen.com

One of the biggest questions about these plans is simply, “Why?” Why do reconstruction plans involve reimagining spaces within the cathedral that were undamaged by the fire? And the other question is “How?” How can these be called reconstruction plans when very little is actually being reconstructed? It remains to be seen what will become of the grand Notre Dame Cathedral. But for many who see the cathedral as an enduring place of hope and refuge, the plans that seem to ignore the gradeur of Notre Dame and reduce it to a “theme park-like experience” also feel like it wasn’t only a fire that damaged Notre Dame.

2021-12-16
+Becky Burkett
Previous: You Should Definitely do Epcot’s Holiday Cookie Stroll: Here’s Why
Next: Prost! Dining in EPCOT’s Germany Pavilion