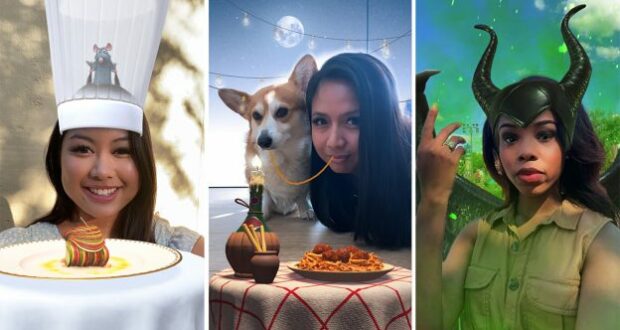 Disney’s New PhotoPass Lenses Are Fun, But You Have To Buy Disney Genie+ To Use It

The Disney Genie service has officially launched at Walt Disney World Resort as of October 19, 2021. Gone are the days of the complimentary FastPass system! Disney Guests are now experiencing the new Theme Park system including the new feature in the app, as well as the functions for paying to skip the attraction lines. The Disney Genie is a three-part program with the complimentary Disney Genie (built into the My Disney Experience App to optimize your Park day); the Disney Genie+ (much like former FastPass but now $15 per day), and Lightning Lane (eight a-la-carte attractions that don’t come with Genie+ that you can purchase to skip the line). One of Disney’s newest addition, the PhotoPass Lenses are fun but keep in mind, you’ll need to buy Disney Genie+ for $15 (plus tax) per person, per day to take advantage of the new experience.

When purchasing the Disney Genie+, you can take photos with Disney characters and Disney Parks icons in immersive new ways. Disney PhotoPass Service and Snap have continued their collaboration with augmented reality photo moments. The interactive new Disney PhotoPass Lenses is available directly through the My Disney Experience app as part of the purchase of the Disney Genie+ service, with a select sampling of these lenses complimentary through the Snapchat app.*

RELATED: Disney Passholders Will Now Have to Pay for PhotoPass & They Aren’t Happy

Guests can now experience several augmented reality photos such as cooking with Remy from Ratatouille, transforming into a Disney villain such as Maleficent, and taking a photo in front of Magic Kingdom’s Cinderella Castle when it was transformed into a birthday cake.

Disney Parks Blog goes on to say, “Whether you’re in your Disney Resort hotel room, traveling on the Disney Skyliner, or waiting for the character cavalcade to begin, you can capture photos and videos with Disney PhotoPass Lenses to your heart’s content. While many Disney PhotoPass Lenses can be used across Walt Disney World Resort, others like the Remy lens will be available exclusively in specific areas of the parks. The fun continues even after your Disney vacation – you can also enjoy some Disney PhotoPass Lenses up to 45 days after the day you visit with Disney Genie+ service, including one of our favorites, which lets you recreate one of the most iconic scenes from “Lady and the Tramp.” Just open the My Disney Experience app and be sure to try it with your dog or cat!”

Of course, outside of the new PhotoPass lenses, Guests can still find Disney PhotoPass Photographers spread throughout the Parks if they would like to take the classic family photo and purchase the PhotoPass photos. If you’re paying the $15 for Disney Genie+ however, you might as well take full advantage of the purchase and enjoy the new PhotoPass Lenses with the family. Keep smiling, Disney fans!