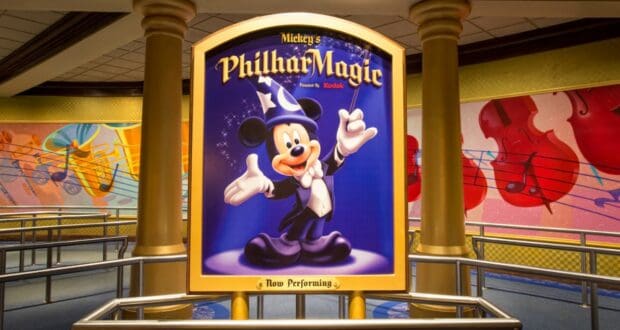 Hello, October 2021! This is the month we have been waiting for, Disney fans! “The World’s Most Magical Celebration” takes center stage as we celebrate 50 years of magic-making at Walt Disney World Resort. From new nighttime spectaculars to the new attraction, Remy’s Ratatouille Adventure, and just about everything in between, we’re thrilled October has finally arrived. As you plan your magical getaway, there are a few Disney Park and Resort refurbishments you’ll want to be aware of.

Nothing new here! Sorry Disney fans, this Theme Park favorite has been closed for a LONG time now, and we are missing it dearly. The railroad closed temporarily way back on December 3, 2018, and has remained closed since. The extended closure is due to the construction of the new attraction, Tron Lightcycle Power Run. Our best guess is that we won’t have a chance to take a ride on the railroad until Tron opens… which has yet to be announced… but is expected in 2022.

Canada Far and Wide in Circle-Vision 360

While technically NOT closed for refurbishment, EPCOT’s Canada Far and Wide is not holding any showtimes through the month of October. The show closed quietly this past summer without much notice. It was later found out that Disney was planning to use the space for the EPCOT 2021 International Food & Wine Festival. The Appleseed Orchard global marketplace has taken up residence inside the Canada Theater – hence the closer of Canada Far and Wide. With the festival ending on November 20, Canada Far and Wide is scheduled to reopen on November 21.

Refurbishment is wrapping up at the end of September for locations including Disney’s Old Key West Resort which recently was experiencing refurbishment for the Resort’s main lobby. Disney’s Contemporary Resort lobby and Guest rooms have also recently undergone refurbishment with some work remaining, as the Guest rooms adjust to an Incredibles theme! Disney’s Contemporary Resort’s The Wave has now become Steakhouse 71 which opens on October 1. Lastly, Magic Kingdom’s Main Street Confectionery is open as of September 29 after a lengthy refurbishment and is ready with new sweets and treats just in time for Disney World’s 50th Anniversary!

While not October, you’ll want to be aware that Disney’s Expedition Everest is closing for lengthy refurbishment in 2022. Expedition Everest is scheduled to be closed for a multi-month refurbishment in early 2022. The popular attraction will be closed from January 4, 2022, until mid-April 2022. It has been said that the coaster closure will not be for the repair of the Yeti animatronic figure. Instead, work is to be done on the ride control system. Secondly, we have yet to hear when, but we suspect Splash Mountain will be added to the Disney World refurbishment schedule in 2022. We have yet to receive a confirmation on when the transformation to a Princess and the Frog theme will take place.

Disney’s Hollywood Studios, EPCOT, and Disney’s Animal Kingdom are currently listed as being free from refurbishment closures (yay!). Keep in mind, the refurbishment schedule is listed to help us plan but it is not set in stone. Disney has been known to extend refurbishments, shorten them, and even close attractions and/or shops suddenly for refurbishment. We’ll keep you updated as we cruise through October!