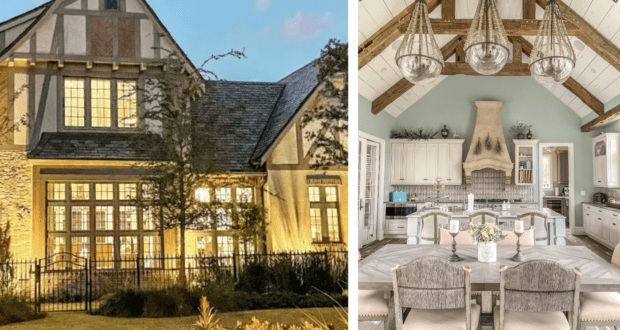 Homes in Disney World’s Golden Oak Community sell for around $12 million–some for more, some for slightly less, and not only do these homes boast a prime location near Disney’s largest theme park resort, but some of them were also constructed with a Disney theme. Others were built as masterfully crafted structures that resemble homes in some of Walt Disney’s most beloved animated classics.`

It’s a tale as old as time, though one different from the story of Disney’s Beauty and the Beast.

A young couple recently expanded their family, and their hope was that they could raise their daughter close to her grandparents. And just like a classic Disney fairytale, their dream has come true.

Cristie Anne Cabrera is a travel blogger, and she and her husband both work remotely from home. Recently, they started a family, and as if pixie dust and magic were involved, their hopes of being able to spend time with Cabrera’s parents and brother in Florida came true after her parents purchased their dream vacation home.

And the “dream” part is real.

The family’s vacation home is located within Disney’s Golden Oak Community, just four miles from Magic Kingdom, and the most magical thing about the home is that it was built to resemble Belle’s cottage where she lives before she meets Beast.

“In 2020, when the pandemic put our travels to a halt, my family bought a four-bedroom, 3,600-square-foot home in Golden Oak at Walt Disney World Resort,” Cabrera explained. “I have a now five-year-old daughter, and my brother was about to become a father, so we were looking for a place to spend quality time together.”

Cabrera and her husband live in Miami, but since her parents purchased their home at Golden Oak, Cabrera says the vacation home has become a “home away from home” for her little family.

Via CNBC, Cabrera shared an inside look at the stunning 3,600-square-foot home–a modest one for Golden Oak, where there are 8 neighborhoods and approximately 300 homes, each one boasting between 1,800 and 12,000 square feet. Earlier this year, another home in the community sold for $12 million, and as of the time of this post, one is currently listed at nearly $10 million. 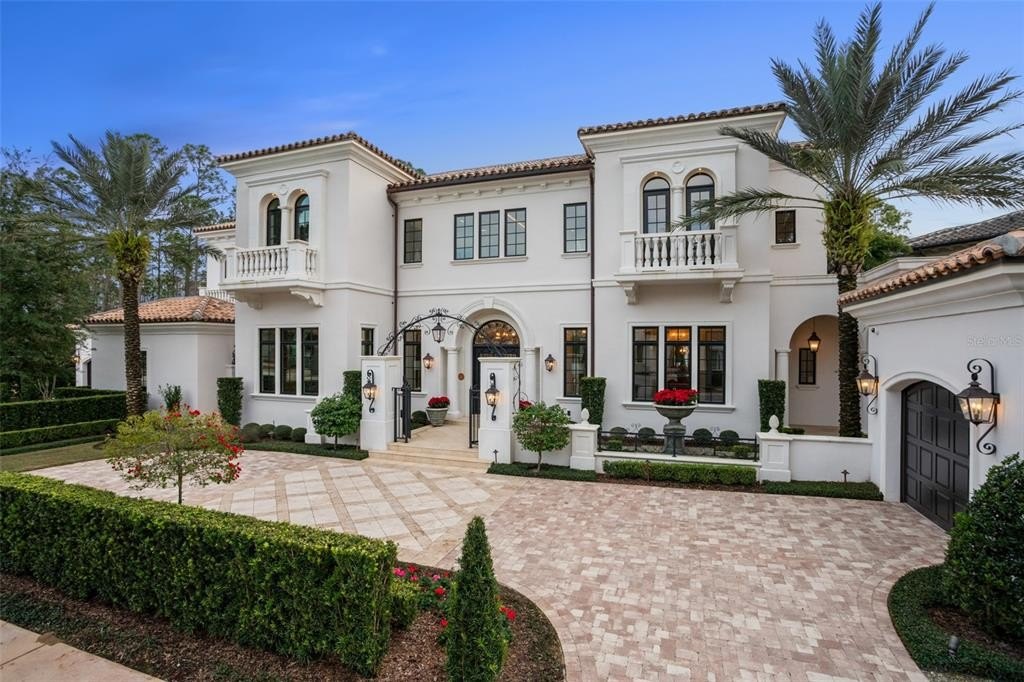 The family’s vacation home is located in The Cottages at Symphony Grove inside Disney’s Golden Oak Community. Each house in this section of the community has

The home is warm and inviting from the moment you step in the front door.

The kitchen features distressed wood, an oversized oven hood, and intricately placed tiles, giving the cooking and eating space the look and feel of the French countryside.

The theme of natural colors and distressed wood is carried through in Cabrera’s bedroom. On the wall above her bed, there’s a quote from Beauty and the Beast, which reads, “Think of the one thing that you’ve always wanted. Now find it in your mind’s eye and feel it in your heart.”

The third floor of the home features the “Princess Room,” and Cabrera says it’s her daughter favorite space in the house. Who wouldn’t love a walk up a beautifully-adorned spiral staircase that opens out onto a magical room that makes anyone feel like a princess?

The outdoor space features a small pool and jacuzzi that’s surrounded by the home itself. The family enjoys eating and visiting outside in the outdoor dining and living area.

Disney’s Golden Oak Community first began selling homes in 2010, and now Disney is set to begin construction of homes in its new Storyliving by Disney community. The groundbreaking ceremony took place earlier this year in the first of many communities, called Cotino, located in California.