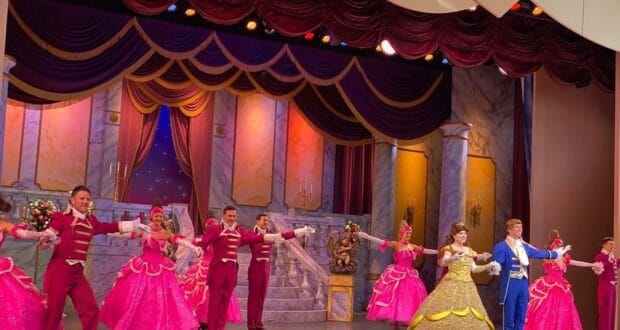 Beauty and the Beast- Live on Stage returned to Disney’s Hollywood Studios last August following a year-long hiatus due to the Covid-19 pandemic. When it did, however, it did so with a limited cast and social distancing.

This past weekend saw the return of many character meet and greets but also a return of the beloved stage show to its former glory! Social distancing is gone, and the show is now operating with a full cast once again! Guests can now once again sing and dance along in their seats to the broadway-caliber show that’s been delighting guests for three decades! 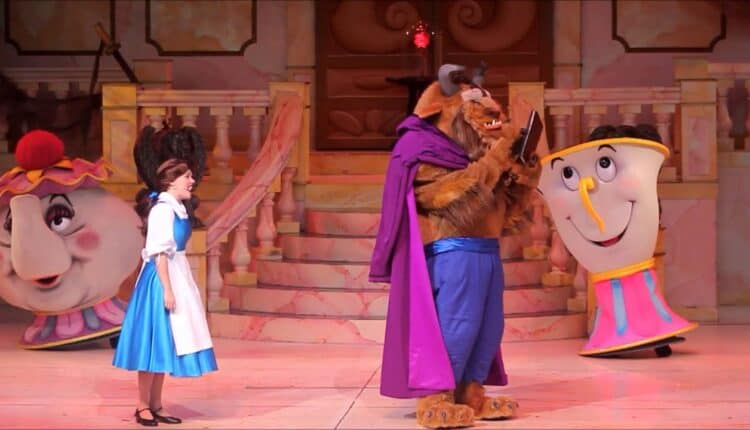 The show, which lasts about 25 minutes, is a shortened version of the beloved full-length animated film. We are so excited that the incredibly talented performers that bring to life special characters from the movie, like Mrs. Potts, Lumiere, and Cogsworth, are back once again to tell a “tale as old as time”!  This show really is a must-see. 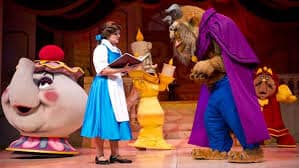 Fun fact, the show debuted at Hollywood Studios on the same day the movie was released in theaters in 1991. This marks the first (and only) time Disney has debuted a theme Park show alongside a theatrical release. The movie is also the first animated feature film ever to be nominated for a “Best Picture” Academy Award.

The show is performed daily at 11 am, 1 pm, 2 pm, 4 pm, and 5 pm daily. Due to the show’s incredible popularity, you’ll want to get there at least 30 minutes early to get a seat. The show takes place in an outdoor theater on Sunset Blvd near Tower of Terror. The seats are stadium bench seats with no backs or padding. Guests may remain in their wheelchairs and ECVs during the show though strollers are not allowed in the theater and must be marked just outside.

Are you as excited as we are to see Beauty and the Beast- Live on Stage go back to it’s pre-pandemic version? Let us know in the comments. We can’t wait to see the full cast once again!

2022-08-09
Jill Bivins
Previous: Check Out Disney’s New Spooky Selection of Halloween Merchandise!
Next: Disney Food Facility Reopens After Being Forced to Close Due to Rodent Infestation