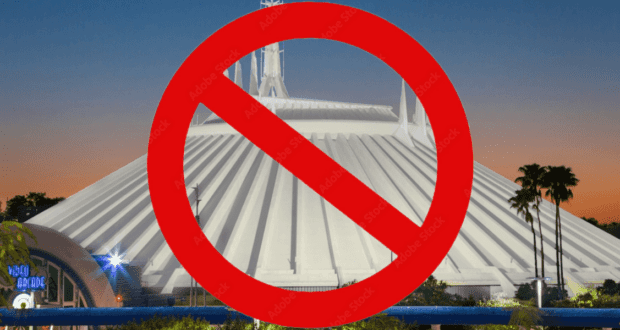 Not long ago, Tokyo Disney Resort essentially banned vloggers from their property with some of the strictest photography and videography policies at any Disney Resort. In Tokyo, the new policy, which took effect in September, states that in addition to a ban on cameras on rides, they also do not permit “public transmission or recording of any kind that may inconvenience other Guests.” When the policy was instituted, many wondered if a similar approach could be coming to US-based Disney Parks.

At the time, we found it unlikely that such a ban could come to the Walt Disney World or Disneyland Resort. We still don’t think it’s likely, but a recent change has been implemented that seems to take its inspiration from the policy. New signage throughout the queue indicates that phones and recording devices are no longer permitted on Space Mountain. The signs prompt Guests to “secure their items either with another person in their party or in the storage pouches located on the ride.”

what happened on space for them to add these signs everywhere lol pic.twitter.com/YyiEnEzeuR

While the new Walt Disney World policy doesn’t address vloggers specifically, it will reduce safety hazards associated with trying to film while the ride is in motion. It’s no secret that social media influencers negatively affect the theme park experience for most guests. Often many of these wanna-be social media stars will put themselves (and occasionally others) in danger for their 15 minutes of fame. 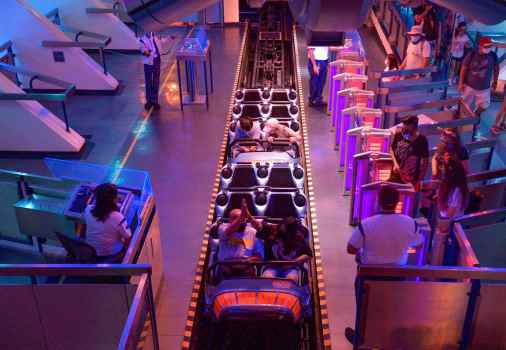 Due to the layout of the track, you’re safe with raised hands on the ride (despite sometimes feeling as though you may not be). However, a phone unintentionally slipping from someone’s hands could seriously injure another rider. This ban prevents Guests from being in that position in the first place.

Disney has not released a statement about the policy or why it was implemented (nor do we expect they will). It is unclear whether there was an incident on Space Mountain specifically to prompt this action or whether Disney is just being proactive. We do expect that the policy will spread to other rides, particularly fast-moving ones where safety is a factor.