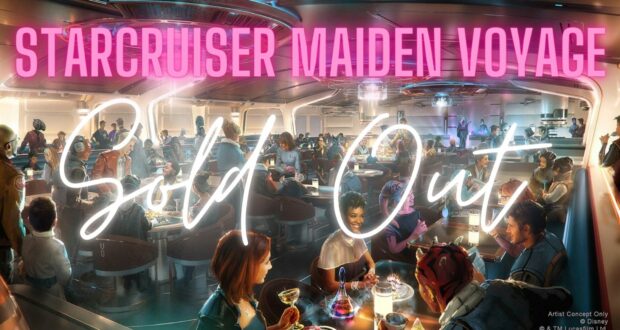 The highly-anticipated Disney World Resort hotel (that masquerades as a ship) will begin taking passengers on March 1, 2022. It was also announced that advanced bookings could be made beginning October 28, 2021, with the exception of some Guests who were able to begin to reserve bookings now.

Those Guests include residents of Disney’s Golden Oak Community and Club 33 Members. 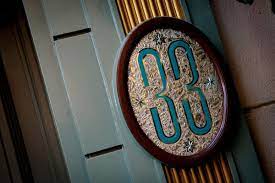 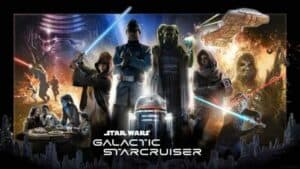 But those bookings will not be for the Starcruiser’s maiden voyage, as Chandrila Star Lines, which operates the Galactic Starcruiser (in the role-playing story behind the new experience), has announced today that there is no more availability on the ship’s maiden voyage on March 1, 2022, as every available space has been sold.

The Starcruiser has many more available dates for Guests to reserve, but if your heart was set on being aboard Halcyon’s finest when she first takes flight, you’ll have to dream a different dream.

Star Wars: Galactic Starcruiser isn’t only Disney World’s first-ever Star Wars-themed resort hotel; it’s also the first experience of its kind anywhere. While the Starcruiser is technically a structure on the ground, once Guests walk inside, they are completely immersed in the galaxy far, far away.

Even when Guests look out the windows of the Starcruiser, they will have the sensation that they are in the deepest reaches of space. The Starcrusier functions on a 2-night experience model, and each 2-night “voyage” includes a “planetary excursion” to Batuu at Star Wars: Galaxy’s Edge at Disney’s Hollywood Studios. 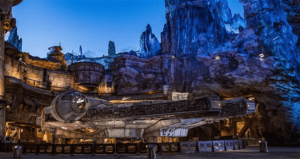 The costs associated with a Disney experience of this nature are high, and the Galactic Starcruiser experience pricing is very high, even by Disney’s standards. The “voyages” do, however, include admission to Disney’s Hollywood Studios for the “planetary excursion,” and food is also included.

Are you waiting to book your excursion? Have you already made a reservation for a Starcruiser voyage?