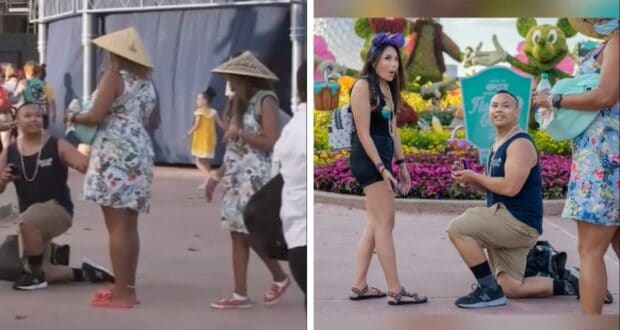 Everyone knows that Walt Disney World Parks are full of magic. Whether you are visiting the Magic Kingdom, Disney’s Hollywood Studios, Animal Kingdom, EPCOT, and even Disney Springs, the air just feels different. It’s a place where anything wonderful can happen. And sometimes you get to see something wonderful happen for someone else — like a wedding proposal. As someone who has seen my fair share of Disney proposals, I can say with certainty that other Guests love to witness a happily-ever-after. And most of those Guests know not to interrupt the moment. 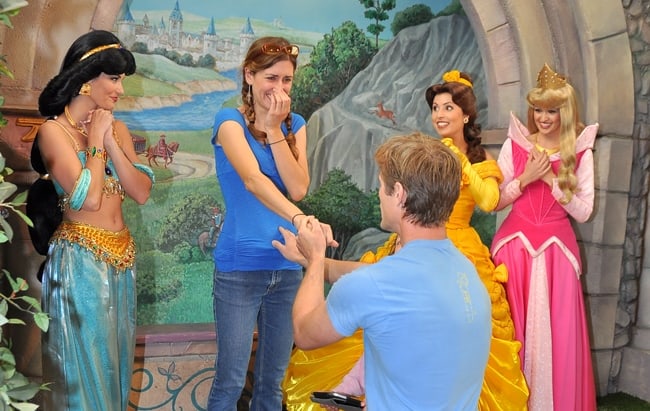 However, one Guest visiting EPCOT apparently did not know that unspoken rule. In a video that has quickly gone viral on TikTok, a man is seen dropping to one knee while he and his girlfriend are having a great vacation. He begins his proposal to his girlfriend when another woman interrupts him, much to the shock of both the man and his girlfriend. He is seen shaking his head and the woman walks away. Then, when pictures of the engagement are looked at, the woman is seen in several of them, blocking parts of the shot. 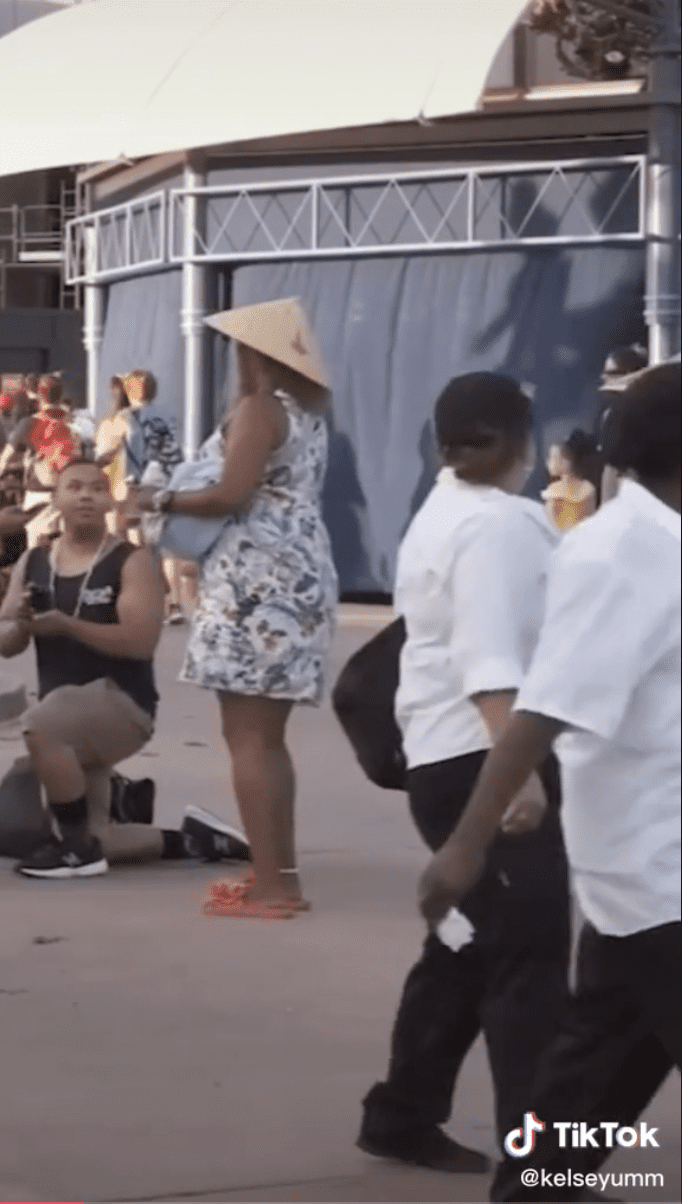 A video of the proposal and subsequent interruption was shared by the bride-to-be, who said that the woman asked if they had a photographer.

Luckily, the couple took the incident in good stride, knowing that the woman certainly didn’t mean any harm. But this should be a note to other Guests, if you see a proposal happening, do not interrupt it. Watch it with a smile, and, if it doesn’t look like there is anyone to take a photo for them, you can volunteer to do so AFTER it has happened. If you have videoed the moment, you can also offer to send it to them but, again, wait until they are done. 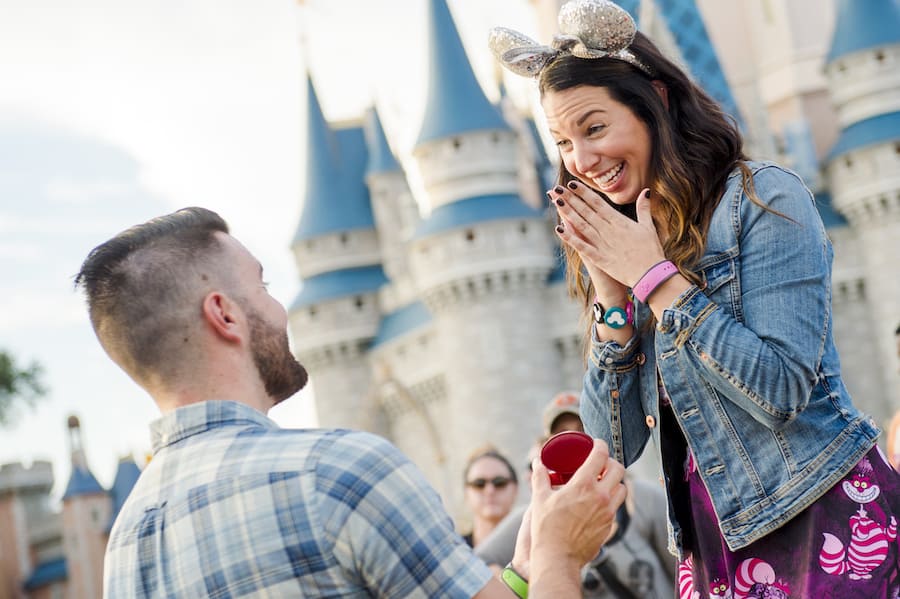 This is not the first proposal to recently be interrupted at a Disney Park. A Disneyland Paris Cast Member went viral for walking into the middle of a proposal, taking the man’s ring, and asking the couple to move. The incident sparked major backlash, with Disney issuing an apology and offering to give the couple a free weekend at any of its Parks. The man whose proposal was interrupted spoke out, saying that, after what happened, Disney is no longer a magical place for them and their special moment was ruined. 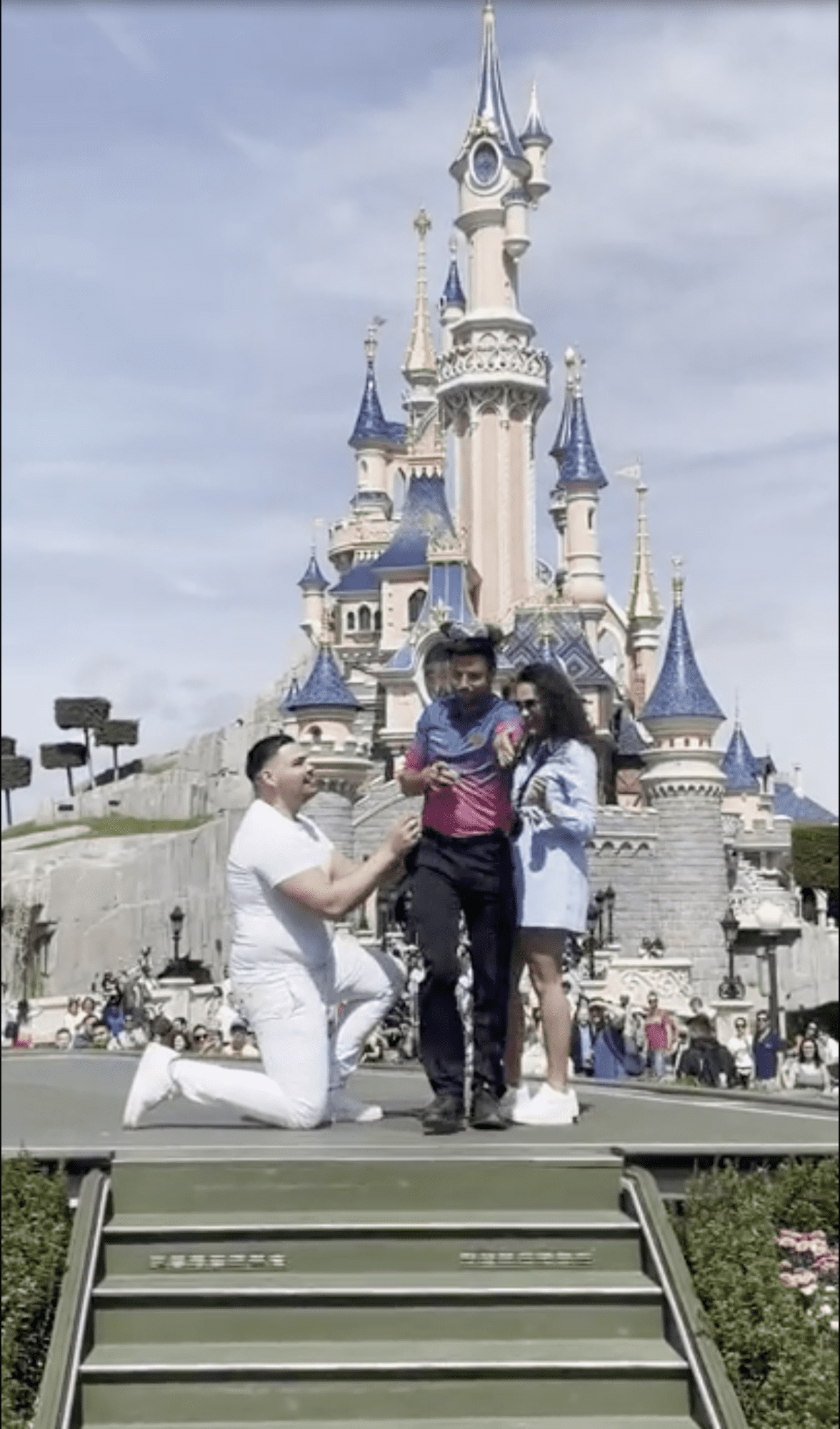 If you are thinking about proposing at The Most Magical Place on Earth, Disney does offer a photography service where they will “capture the moment” for you! For $99 Guests will get a Disney PhotoPass photographer for a 20-minute private photo session. If you do not want to pay for a specific session, you can always talk to a PhotoPass photographer beforehand, and they can take pictures of your special moment. Remember, if you want to be able to download the photos, you must have purchased either PhotoPass access at Walt Disney World or Disney Genie+ (which comes with PhotoPass) at Disneyland Resort.