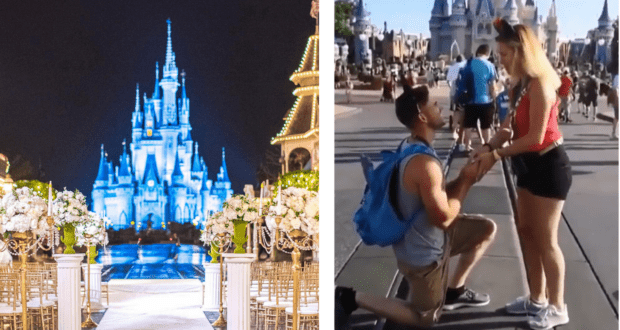 Even for Disney fans who can’t afford a wedding at the Walt Disney World Resort, the thought of either offering or receiving a marriage proposal has long been on the bucket lists of many. They happen so frequently, that chances are you’ve even witnessed one while you’ve visited Magic Kingdom, though proposals at the Most Magical Place on Earth can happen anywhere, from Cinderella Castle to the Tree of Life at Disney’s Animal Kingdom to in front of Rock ‘n’ Roller Coaster at Disney’s Hollywood Studios to the World Showcase at EPCOT. 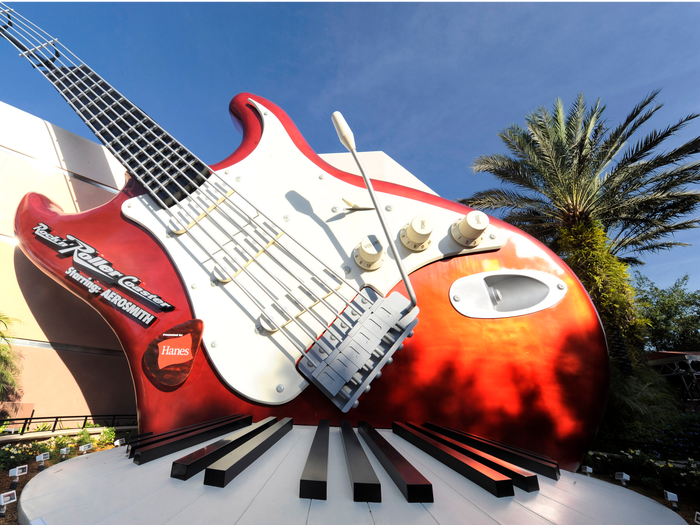 Because they are so intricately designed and decorated, and because their landscaping is often a focal point, Disney World Resort Hotels, like Disney’s Grand Floridian Resort and Spa, The Swan and Dolphin Hotel, and Disney’s Polynesian Village Resort often serve as the backdrop to many Disney World marriage proposals. 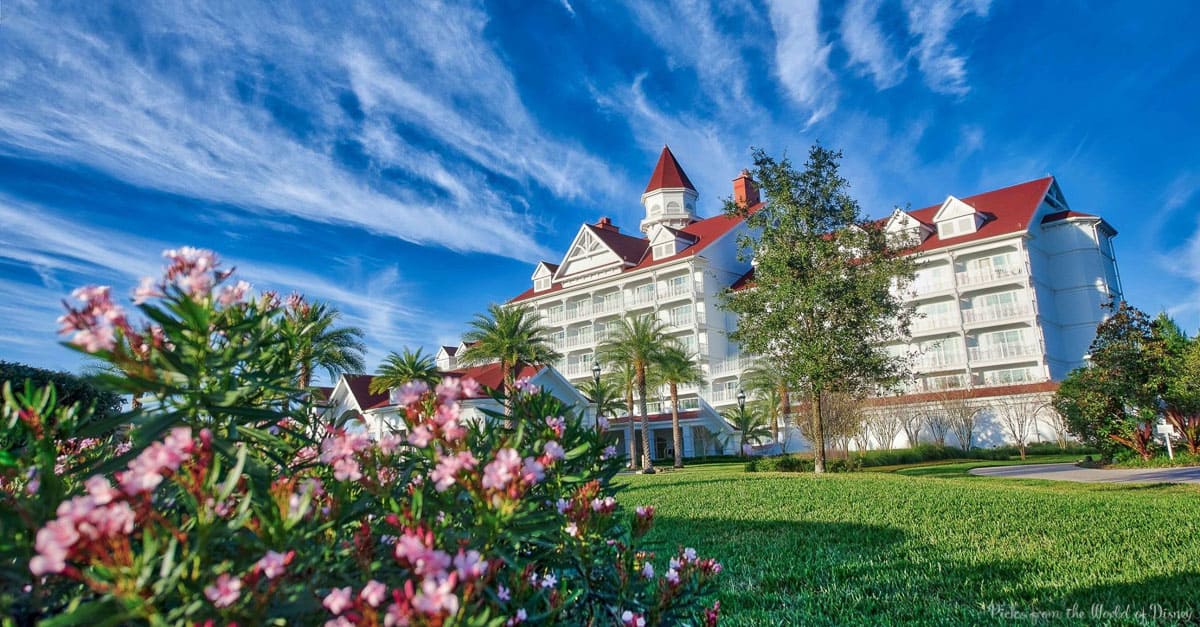 RELATED: Disney fan shocked when her sister demands she take niece and nephew with her on Disney getaway for marriage proposal

But no matter where the question is popped, the response is similar for the most part (barring any rejections, of course): pride and excitement on the part of the proposer, elation on the part of the proposee (is that a word?), and cheers and applause from strangers and Cast Members standing nearby, eavesdropping of course, because who doesn’t love to see a wedding proposal, especially at Disney World?

We’ve seen hundreds of them, but this magical wedding proposal has some special magic tucked away, unbeknownst to the young man who no doubt prided himself on the ability to pull off the romantic surprise of a Disney World proposal. The magical moment was posted at Reddit.com, with the caption “The twist ending is A+. Disney movie material.”

The young man thought ahead and has a friend or family member behind the video camera to catch the special moment. With Cinderella Castle in the not too distant background, he kneels down to ask the young woman to be his bride. She’s visibly moved–to tears–even to the point of, as the caption reads, “ugly crying,” while others around the couple cheer and clap in celebration of the engagement.

RELATED: Cinderella Castle is a lovely liar: another castle in Florida stood 100 before she did 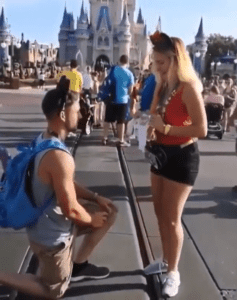 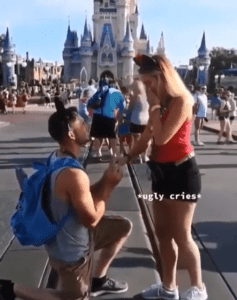 But by day’s end, this blushing bride won’t be the only one in tears in Cinderella’s front yard. After the young woman accepts the proposal, she looks to the person recording the moment and says, “Wait; keep recording,” so the video doesn’t end after the proposal. 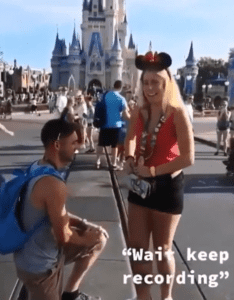 Instead, the camera keeps rolling as the young woman reaches for something in her fanny pack. Her groom-to-be seems a little confused. What could it be? Does she have a ring for him? Perhaps a copy of a pre-nup for him to sign?

Here’s the whole video so you can see for yourself:

The twist ending is A+ (hope it’s not a repost!) Disney Movie material from disneyparks

That’s right. He became a groom and found out he’d be a Daddy–all in the same moment, and he was misty-eyed as well. What a special proposal and surprise–surprises–all in one! We suppose it’s true that great minds think alike, and apparently both partners had a surprise planned for this Disney World trip. 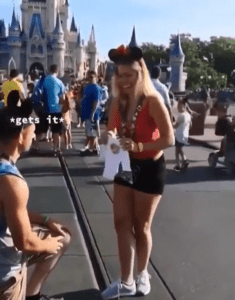 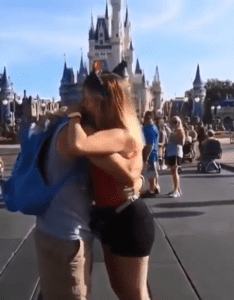 All that’s left to do now is for the couple to come up with a really cute Disney name for their new baby, especially since he or she was first announced right in front of Cinderella Castle!

We wish the young couple a joyous marriage and congratulations on their new little one!