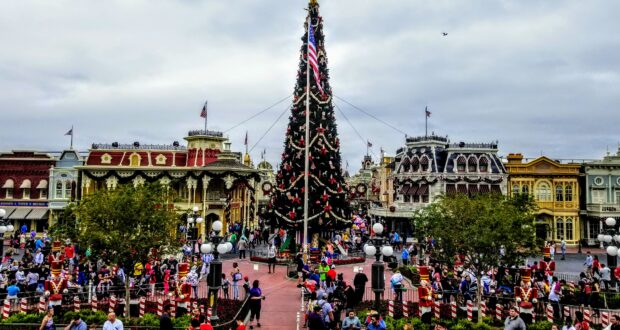 Florida now has lowest COVID rates in the U.S.; what does that mean for holiday crowds at Disney World?

Florida now has the lowest number of COVID cases among the 50 United States of America, based on daily averages.

The Sunshine State is currently averaging 1,700 new cases daily, or approximately 8 cases for every 100,000 Floridians. The only other state in the union to have single digits per 100,000 residents is Hawaii. 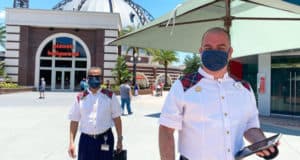 Many who have watched the most recent numbers of COVID infections and hospitalizations and deaths related to the virus in Florida are very surprised, especially when you consider that in mid-August, a little over 2 months ago, the state saw an average of 25,000 new cases every day of the week. That’s about 116 cases per 100,000 residents.

RELATED: Some Disney World Guests will have to sign COVID waivers before coming into the parks

RELATED: Guests of some California theme parks will be required to be vaccinated before visiting

These are positive things for Florida, and they signal the beginning of two things: first, the mud-slinging across the party lines and politicizing of the virus, its spread, how to handle the spread, and what role the government is Constitutionally capable of playing in individual’s choices about wearing masks and getting the vaccine, and second, a talk about what these improved COVID case numbers might mean for crowds at Walt Disney World this holiday season.

We already know that Disney’s new Annual Passholder program that debuted in early September will play a role in attendance numbers at the parks. At the end of last week, almost all spots for New Year’s Eve in the parks were already booked, and Christmas Day was in 2nd place. 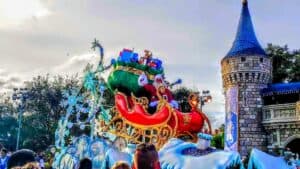 We’re far enough along in the pandemic to know that a rise in cases comes in waves–numbers rise; then they peak, and then they recede, and that’s been the case for a while now. What we don’t know is the timeline: when will the next significant rise in cases come? 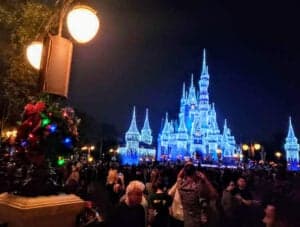 RELATED: Is COVID to blame for the closing of Disney Stores in North America?

Most Americans feels adamantly one way or the other about the virus, and you can bet that anti-maskers and anti-vaxxers won’t let some numbers–large or small–on a CDC press release dictate to them what they will and won’t do with their holiday season. 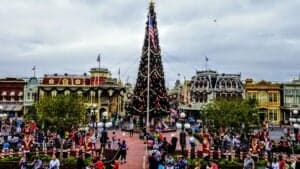 And in the same respect, those who won’t leave home without a mask–if they leave home at all–will most likely not be swayed by the aforementioned numbers either.

Has the pandemic sullied your plans for a trip to Disney World? Or do you ignore the numbers for the most part and continue with your life? Let us know in the comments!