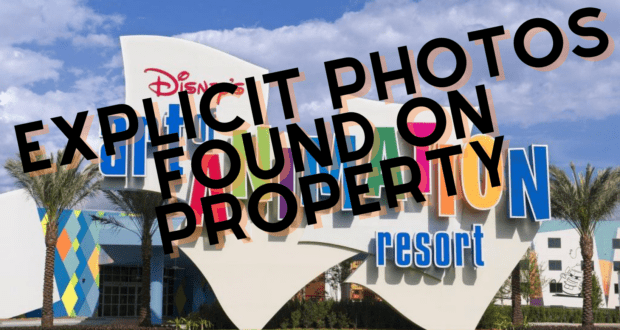 Extremely inappropriate photos have been left around the Walt Disney World Resort by a Guest.

Wow. Just when we think we might have heard it all when it comes to disgusting and inappropriate Guest behavior, something else comes along to top it.

It’s not a competition, people.

And we can’t understand why anyone would waste their park tickets, their time, or a park pass reservation at Disney World, just to see if they can misbehave at a Disney Park.

Over the past three months, DisneyDining has brought you several stories of disappointing, shocking, and/or disgusting behavior exhibited by Guests while they’re visiting the Walt Disney World Resort, including a woman who wore a top to EPCOT that was deemed “inappropriate” by Cast Members who ultimately removed her from the public areas of the park, took her to a store at EPCOT, and ultimately blessed the Guest with a brand new Disney World-themed t-shirt. 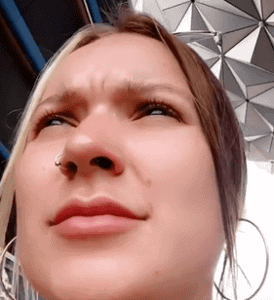 (We still aren’t sure that Cast Member made any impression on the woman, other than that wearing revealing clothing into the parks will net you free gear.)

Then there was the woman who got to meet Gaston at Magic Kingdom Park and quite literally couldn’t, or wouldn’t, keep her hands off of him. She continued to touch him inappropriately, despite his requests for her to stop her behavior and move away from him. 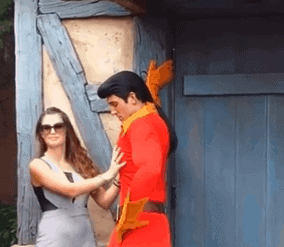 Then there was a young man decided to try his luck at bypassing an area where a rope or chain usually serves as a sign that the location is off-limits to Guests (sometimes known as a “backstage area” at Disney World). Instead of adhering to park rules at Magic Kingdom Park, the young man climbed the stairs to the second story of Cinderella Castle and paced back and forth, waving to what he must have mistaken for adoring fans until he was approached by Disney employees. 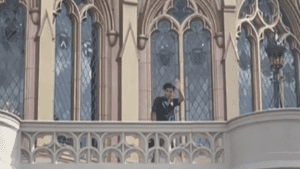 And more recently, who could forget the angry Guest in the queue at Magic Kingdom Park’s Pirates of the Caribbean attraction who lowered his mask and spit on another Guest in line because she and her family were moving to slowly for his liking? (Nevermind the fact that her child has only recently broken his knee.) 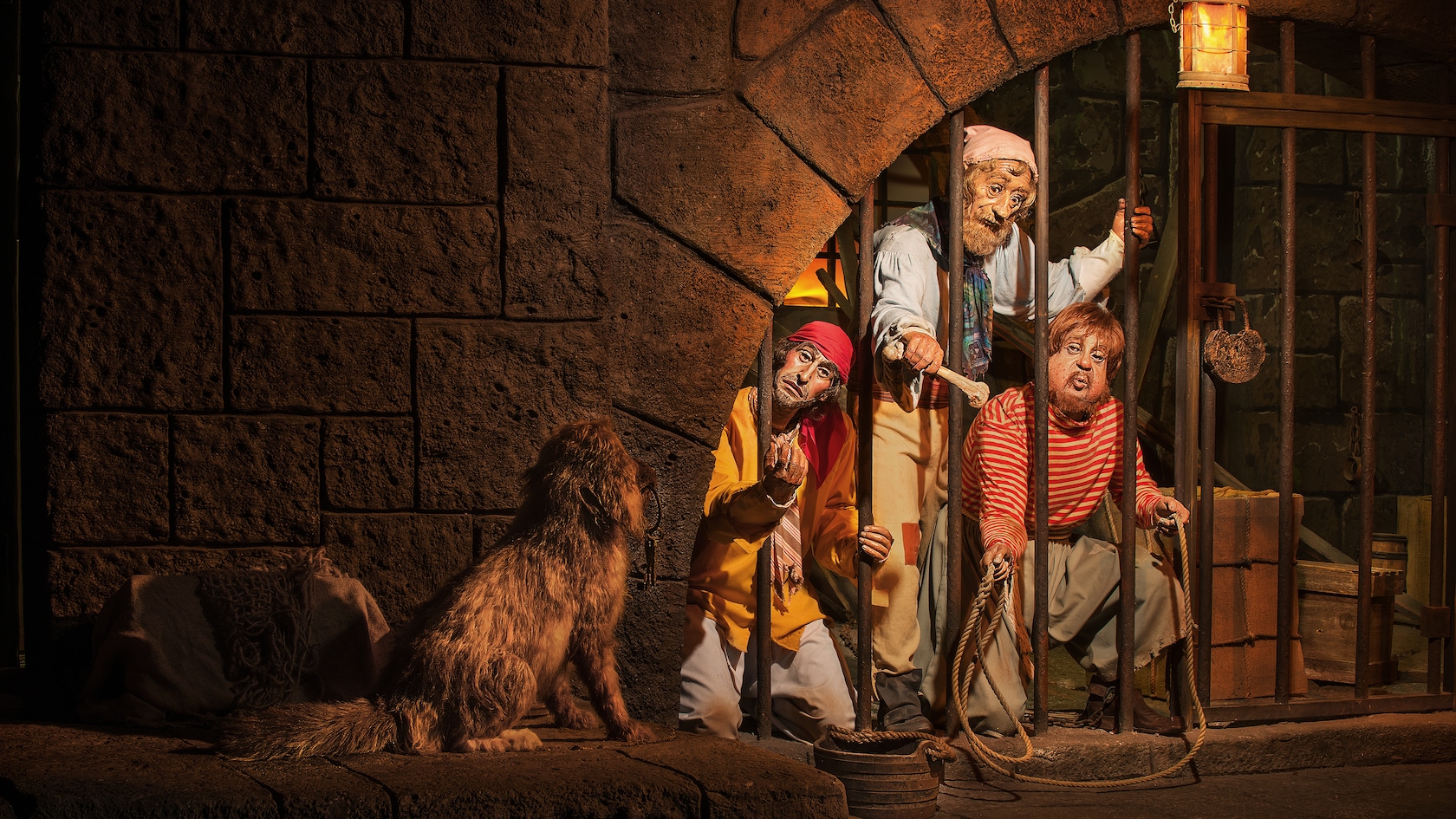 Now it appears that a Guest of the Walt Disney World Resort has taken a more artistic approach to being disgusting, and this Guest’s behavior is not being contained in an isolated event. In fact, so far, Disney knows of two different times this has happened, but who knows when it will happen again?

Lately, at two different areas on Disney World property, very explicit photos have been found, seemingly purposely placed by a Guest so that they would be found. One was discovered at Disney’s Fort Wilderness Resort last week, and before that, a photo similar in nature was found at Disney’s Art of Animation Resort, according to reports made to the Orange County Sheriff’s Office.

Both times, the photos were reported to Orange County authorities, but at this time, Disney doesn’t know who is responsible for the photos, and no known surveillance footage exists to give the Sheriff’s office clues as to who the Guest might be and what his or her intentions are. Both photos discovered were printed in full color.

Where will the next one pop up? At Disney’s Animal Kingdom? At Disney’s Hollywood Studios? Or will one be found at one of Disney’s water parks or at Disney Springs? Here’s hoping none are found inside a ride vehicle at an attraction, as it’s often hard to see what’s lying in a seat where a Guest was just sitting. 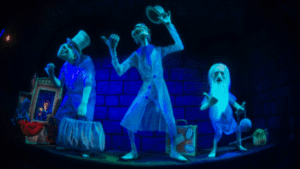 It goes without saying that this type of behavior is always prohibited at the Walt Disney World Resort, as are other types of behaviors that impede the operations of Disney World, infringe on the rights of others, or put a Guest or anyone else in the park in harm’s way.

Leaving these kinds of photos around Disney World or at a Resort Hotel near one of the theme parks is disgusting. Period. But it’s especially troubling at any of the Disney theme park, where children of all ages come to see Mickey and other Disney characters, experience character dining at their favorite Disney restaurant, and enjoy time spent on a Walt Disney World vacation with their families. Stumbling across photos like these could be extremely upsetting for anyone, but especially for families with children.