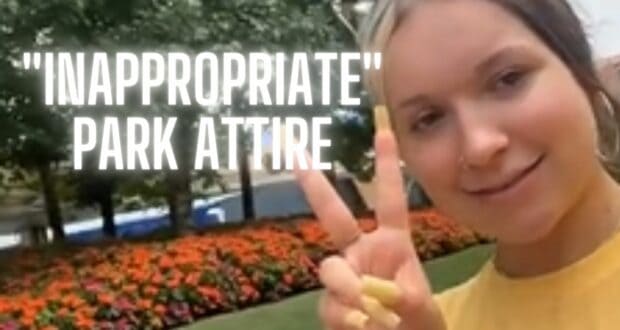 Raise your hand if you’ve ever bought a cute t-shirt or hoodie at Disney World.

Yep, that’s just about everyone. It might have been easier if we asked you to raise your hand if you’ve only bought one t-shirt or hoodie at Disney World. See–fewer hands in the air for sure. 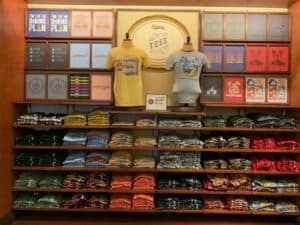 But what if you were taken to a shop inside the parks at Disney World and given a shirt for free? That sounds like a winner, right?

It probably is, unless, of course, you are escorted away from a public area of the parks by a Cast member and taken to a shop where you are given a new Disney World t-shirt ONLY because your current choice of clothing is deemed “inappropriate” by the aforementioned Cast member. 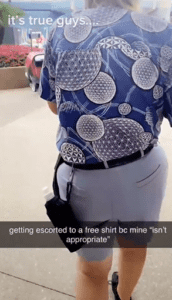 That’s exactly what happened to this young woman, Alyssa Schueller, who was visiting EPCOT. She was approached by a Cast member who told her that her top was “inappropriate” for wearing in the parks and escorted her to a nearby shop inside EPCOT. 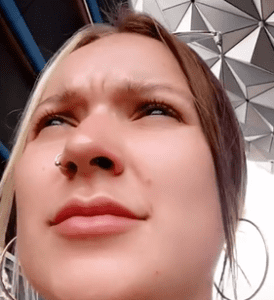 Miss Schueller’s video has received more than 903,000 views, even though it is from an event that took place over the summer.

While everyone loves the idea of a free shirt at Disney World, was the Cast member justified in asking the Guest to come with her and replace her top? According to Disney World’s park rules concerning attire, it appears she had the grounds on which to address the issue with Miss Schueller.

The Walt Disney World website has this to say concerning what to wear in the parks:

“Disney reserves the right to deny admission to or remove any person wearing attire that is considered inappropriate or attire that could detract from the experience of other Guests. Attire that is not appropriate for the parks—and which may result in refusal of admittance—includes but is not limited to:

According to park rules, the Cast member could have even asked this Guest to leave the park completely. She also could have been denied entry to the park that day, if her attire was deemed inappropriate by Disney’s rules.

What do you think? In this case, was an issue made of a non-issue? Does it matter since she was gifted a free shirt?