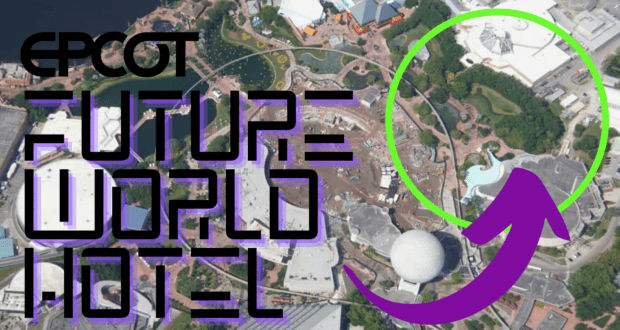 A permit has been filed by Buena Vista Construction Company at Disney World in Orange County, Florida, and the address on the permit is reigniting the excitement over the prospect that Disney’s prepping to break ground on EPCOT’s once-talked about “Future World Hotel” inside the gates at Disney World’s second park. 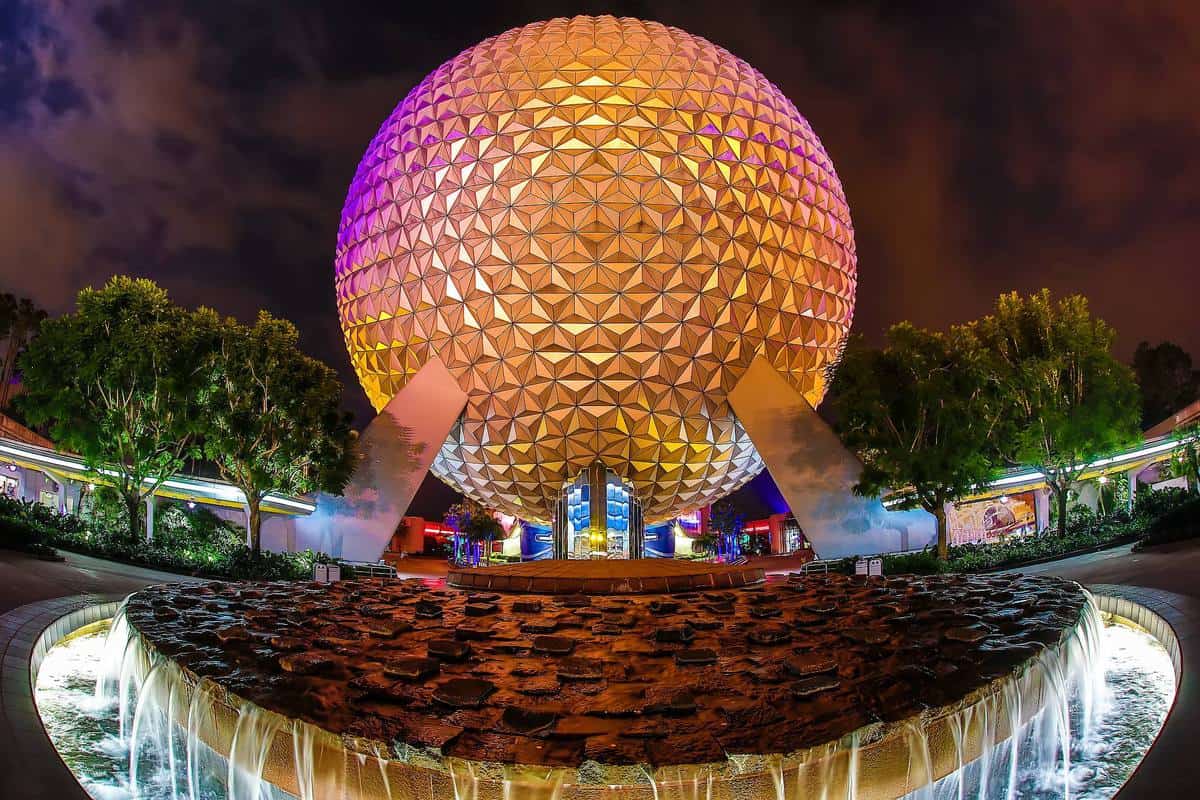 Last month, Disney’s President of Parks, Experiences, and Products, Josh D’Amaro, welcomed fans to one of the last panels of the 2022 D23 Expo at the Anaheim Convention Center inside the location’s Hall D23. Every coveted seat in the house was occupied–all 7,000 of them–by eager and excited Disney fans who waited with bated breath to hear what’s in store for Disney Parks around the world over the next few years, this writer included.

D’Amaro talked about exciting projects in the works at Tokyo Disney Resort, Shanghai Disneyland, Disneyland Paris, and Hong Kong Disneyland. He shared exciting updates about happenings at Disneyland Resort, including the arrival of the Hulk and Mando and Grogu at the California parks, as well as the kickoff to Disney’s 100th anniversary celebration, which begins at Disneyland next year on January 27.

When D’Amaro mentioned Walt Disney World, the crowd cheered as many had arrived in Anaheim with their own projections about the D23 Expo reveals for Disney World. (After all, weren’t we all hopeful for the return of the Disney Dining Plan and a fifth park in Florida?)

D’Amaro went about his agenda, announcing some surprises for fans about “blue-sky” projects on the drawing board for Disney World, and with each new announcement, the boisterous crowd got just a few decibels louder. But by the end of his presentation, many of us in the crowd began to mull over his announcements and compare them with our individual mental lists of projections, as if it were second nature. 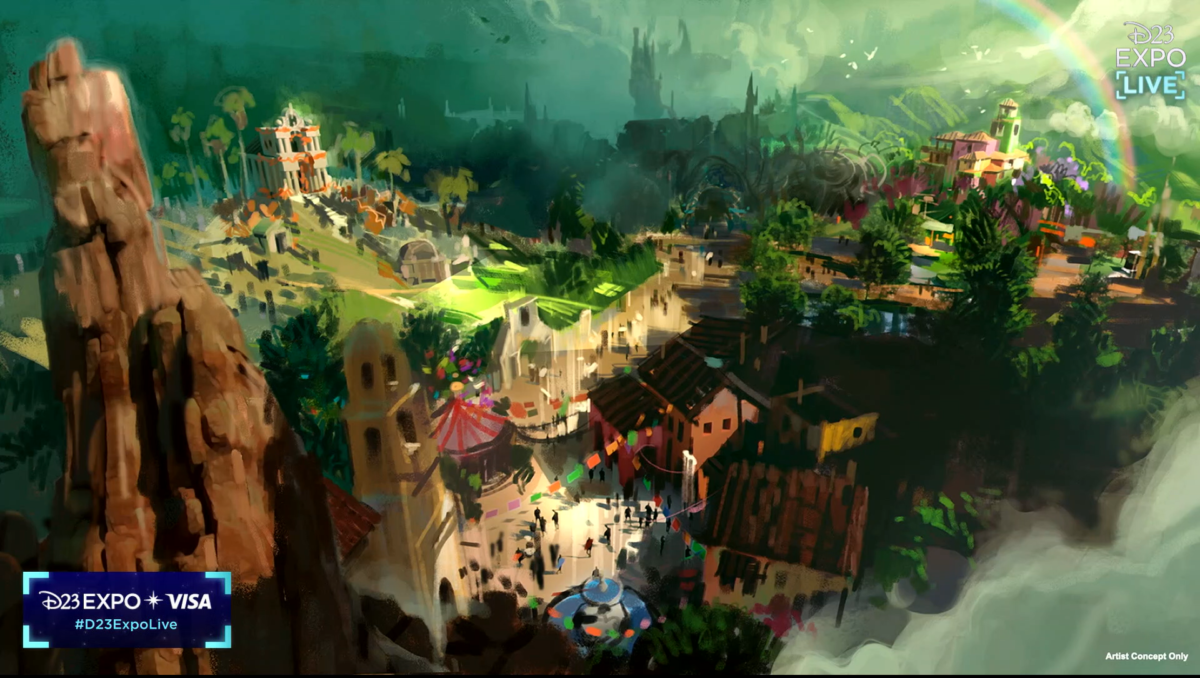 As we recounted what we were told, it became very apparent that the 2019 D23 Expo was EPCOT’s time to shine. While there were a few updates about EPCOT during the panel last month, the big news was largely for other areas. We had hoped we might hear some kind of firming-up or confirmation on plans that were rumored to be in the works in 2021: the first-ever Disney Resort Hotel inside the gates at EPCOT, Disney’s Future World Hotel.

The first talk of an onsite EPCOT hotel surfaced years ago in 2017, and some Disney super-sleuths dug deeper to find that the address mentioned for the location of the new EPCOT hotel was 1474 Avenue of the Stars on the Walt Disney World property, an address that corresponds to a location inside EPCOT. But during the 2017 D23 Expo, CEO Bob Iger furnished zero unveilings about such a hotel.

Talk of this mystery resort hotel at EPCOT continued and finally died down some, leading up to the 2019 D23 Expo, during which Disney’s execs shared huge news about plans to completely revamp the Future World section of EPCOT, as well as plans for a brand-new Moana-inspired attraction, The Journey of Water, a space-themed restaurant next to Mission: SPACE called Space 220, and even a new Mary Poppins-themed attraction that would be constructed in the United Kingdom pavilion on the World Showcase. 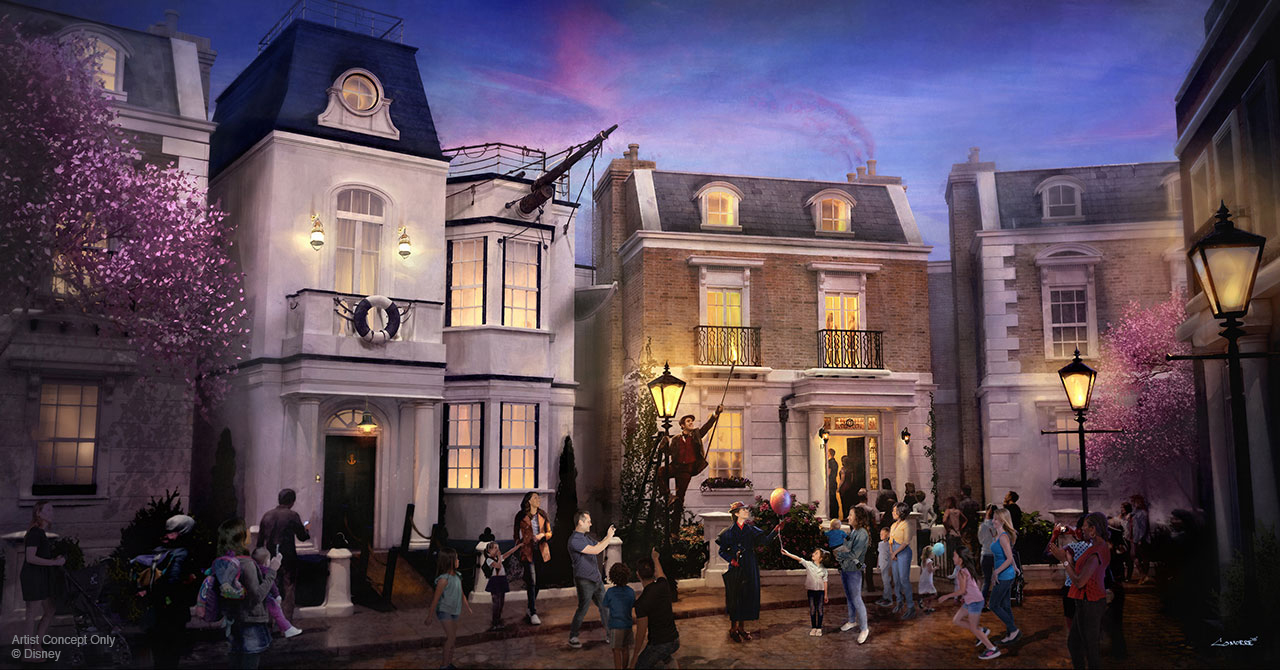 But there was absolutely no mention of a hotel being built at EPCOT.

In 2021, talk about the mysterious Future World Hotel saw a resurgence as Orlando Real Estate mogul Ken Pozak posted a YouTube video of his podcast in March of 2021, during which he talked about a $2.2 billion hotel at EPCOT.

But 2021 came and went with no official confirmation from Disney about the elusive Future World Hotel. And now that Future World is a thing of the past at EPCOT, as it’s been replaced by the park’s new “neighborhoods”: World Celebration, World Discovery, and World Nature, it seemed that talk of a Future World Hotel was nothing more than that: just talk.

The permit was filed on September 26, 2022, by Buena Vista Construction Company manager John G. Scarfo. The paperwork is specifically for “labor, material, and/or electrical for construction.” And perhaps the most hopeful part of the permit is the address where the “construction” is to be carried out: 1474 Avenue of the Stars, the same address that has been rumored for years to belong to the new EPCOT Resort Hotel.

Currently, EPCOT is under construction–and has been since 2019–as new installments and changes announced at the 2019 D23 Expo are added to the park, but as can be seen from this aerial photo of the park, there’s still plenty of empty room for a hotel inside EPCOT’s gates. 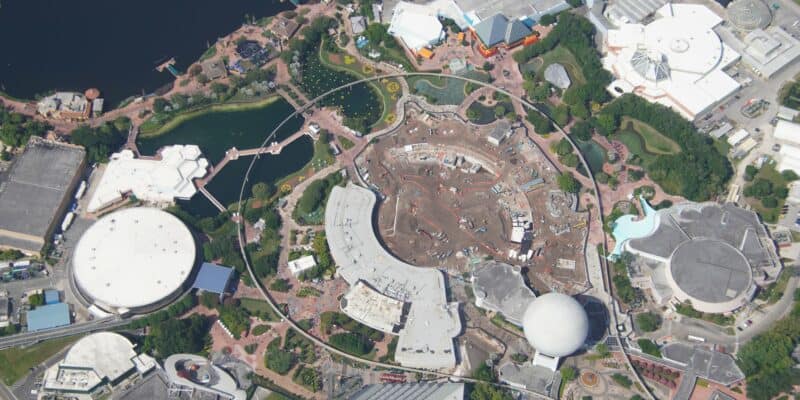 The new “Future World Hotel” at EPCOT originally had a filing that encompasses the addresses of 1474 to 2000 Avenue of the Stars, per plans shared during Ken Pozek’s video (see above). Those plans show a date of publishing in 2018, in 2020, and in 2021.

Some have gone so far as to speculate a location for the hotel on aerial maps of EPCOT, and whether that location corresponds to the address talked about so far is hard to tell, but a prospective location between The Land pavilion and The Seas with Nemo and Friends pavilion might just work, as seen here: 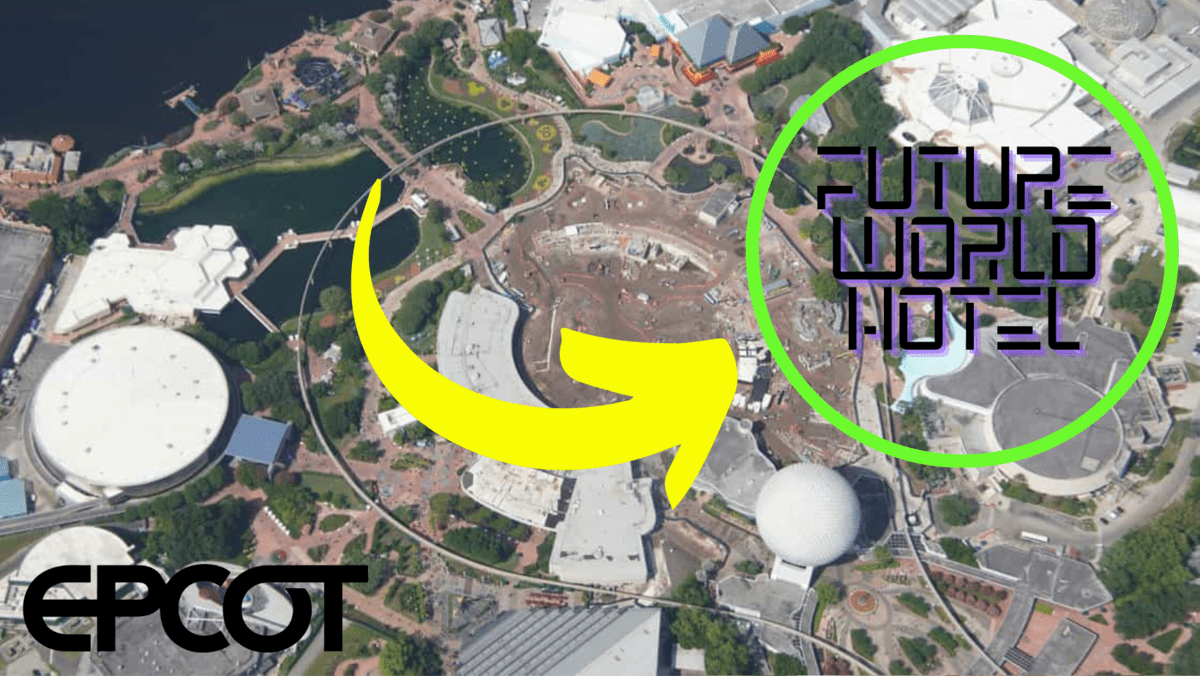 While there’s no official word from Disney World yet, such a hotel seems in keeping with Disney’s complete overhaul of EPCOT, and perhaps news will come as part of the 40th anniversary celebration of EPCOT, which just kicked off October 1. 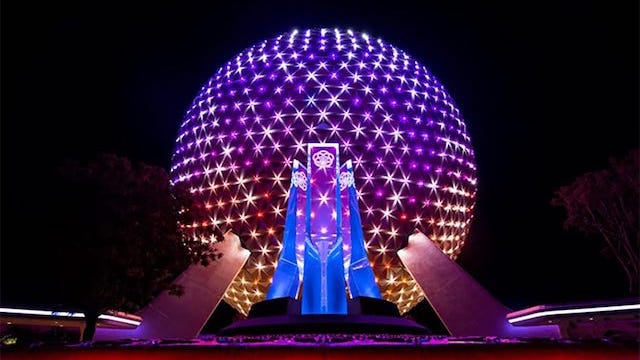 Apparently, fans will just have to wait to see what comes of this mysterious permit for construction at EPCOT and talk of the elusive Future World Hotel.