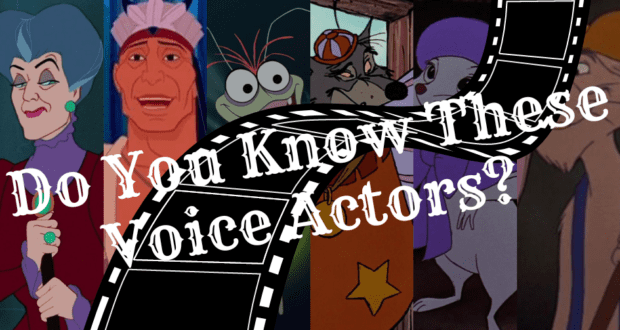 Do You Recognize These Disney Voice Actors? 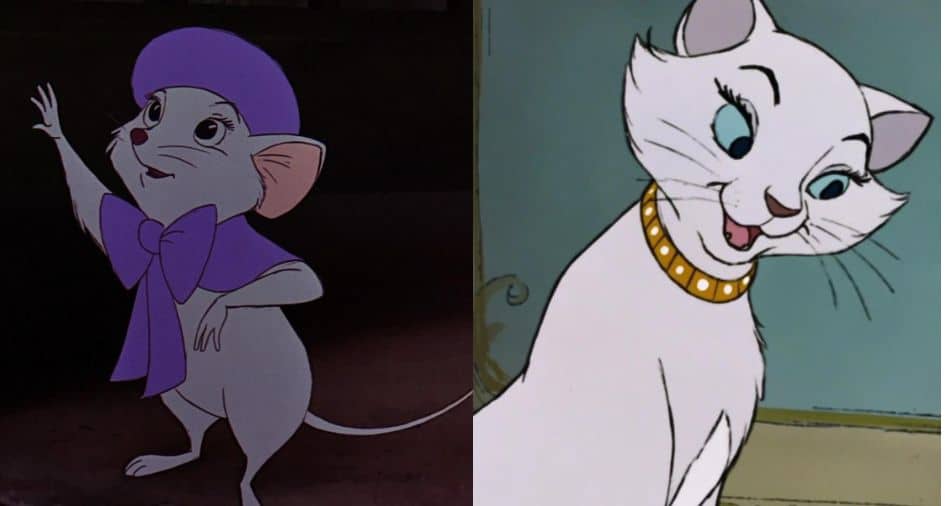 Does Miss Bianca’s lilting European accent sound familiar? It turns out that this fancy little mouse also played a very famous Disney cat. That’s right, Eva Gabor voices both Miss Bianca the mouse in The Rescuers and Duchess in The Aristocats. The character voice for both these leading ladies is similar.

On television, you may know actress Eva Gabor as Lisa Douglas from the show Green Acres, where she played the stylish and sweet upscale city wife adjusting to her life on Green Acres Farm. We love that Eva Gabor brought such strong Disney ladies to life in these movies. 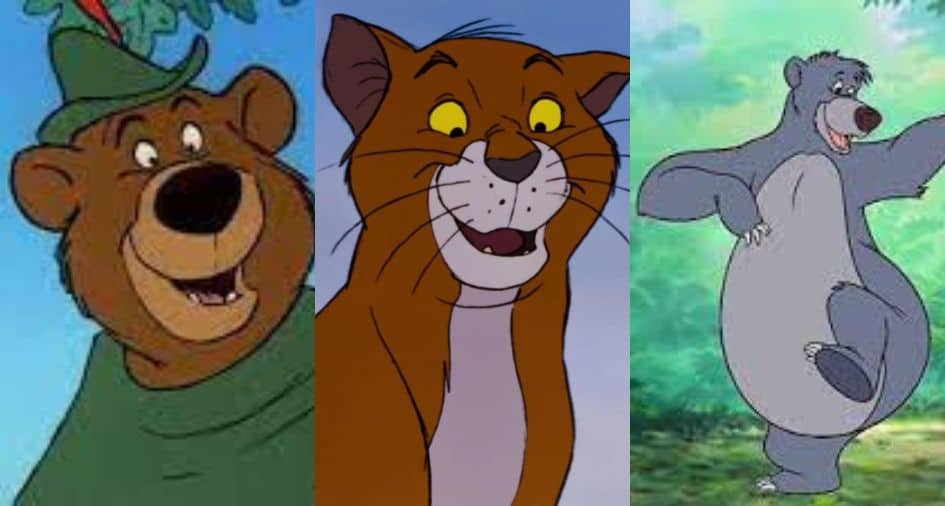 What do Baloo the Bear (The Jungle Book), Thomas O’Malley (The Aristocats), and that funny sidekick Little John (Robin Hood) have in common? They are all voiced by American singer, songwriter, voice actor, and comedian Phil Harris. You might say Harris was destined to be an entertainer. After all, his parents were both circus performers.

A pioneer in radio, Harris was a perfect fit for funny Baloo, and the best friend of Robin Hood, Little John. In fact, Disney animators seem to have taken some of Harris’ likeness into account when animating Baloo. Nineties kids might also recognize Phil Harris from the non-Disney animated movie Rock-a-Doodle, where he voiced Patou the basset hound. 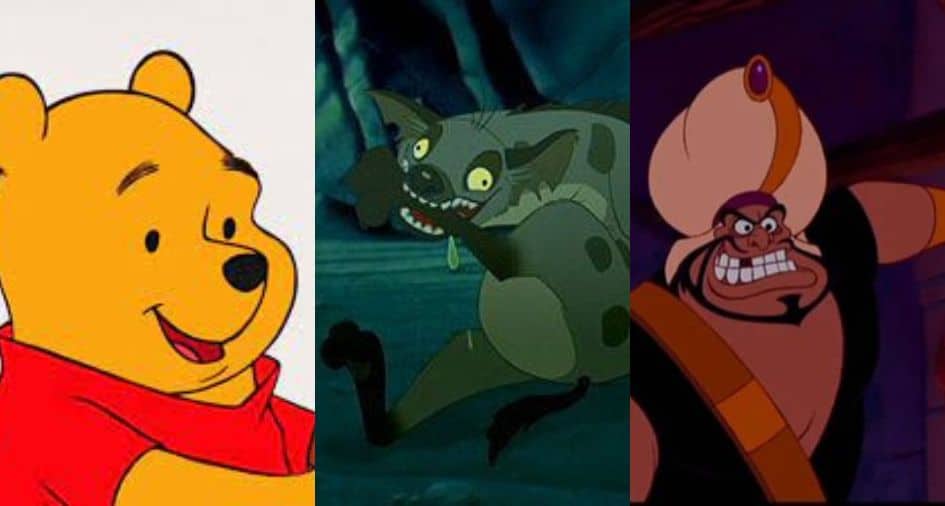 It’s amazing how voice acting in a vastly different Disney film can make a familiar actor seem new. I knew that talented voice actor Jim Cummings voiced both Pooh & Tigger in the 1980s and 1990s movie and television cartoons. I was surprised to learn that he voiced staple characters in other Disney movies into the 2000s. He has some serious talent.

Cummings voiced strong and kind Chief Powhatan in the 1995 film Pocahontas and scary palace guard Razoul in Aladdin. You might be surprised to learn that Cummings also voiced the goofy and blundering hyena, Ed, in The Lion King. Yep, that cackling carnivore was voiced by the same man that brought us kind and gentle Pooh Bear. I know — I am in shock too! 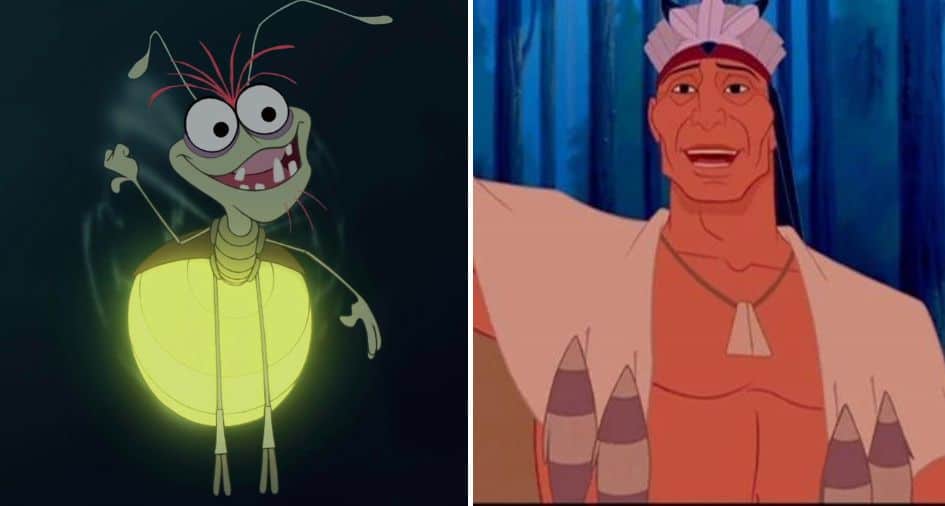 Lafayette (The Aristocats), Deadeye the Rabbit (The Rescuers), Trigger the Vulture (Robin Hood) 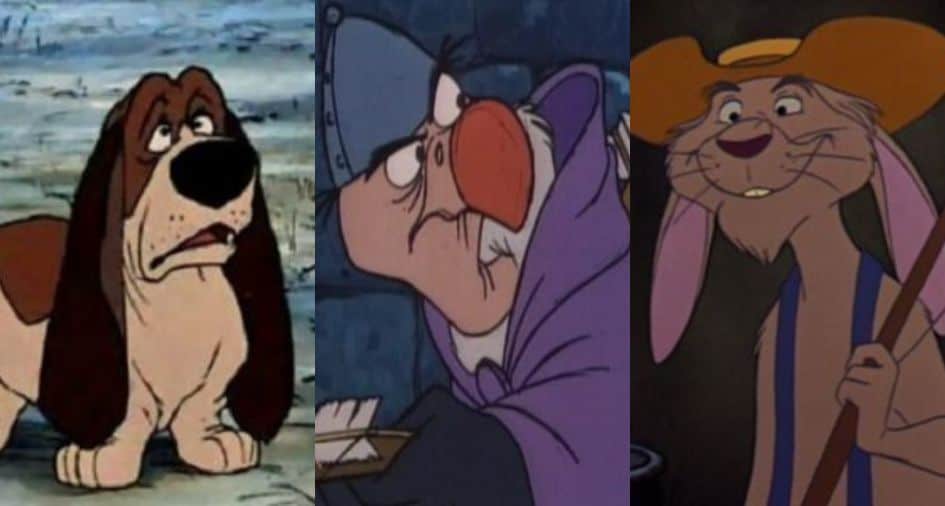 The southern twang of George Lindsey is unmistakable. Well known in television for his role as Goober Pyle in The Andy Griffith Show, he was an endearing actor that is situated in the hearts of many Americans. Lindsey began acting after his time at the University of North Alabama (then Florence State Teacher’s College) where he obtained a Bachelor of Science degree and played quarterback on the university football team.

Lindsey voiced lop-eared basset hound Lafayette in The Aristocats (1970), funny prison guard Trigger the Vulture in Robin Hood (1973), and helpful Deadeye the Swamp Rabbit in The Rescuers (1977). All the critters Lindsey voiced were funny supporting characters that kept viewers laughing.

Napoleon (The Aristocats), Luke (The Rescuers), Chief (Fox and the Hound), & The Sheriff of Nottingham (Robin Hood) 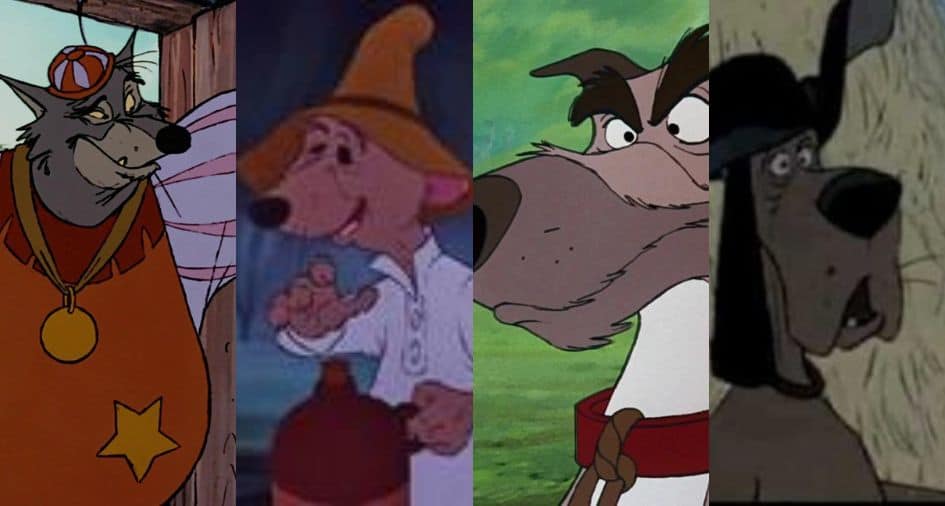 The voice of Napoleon, the French farm dog that was the “leader” starring alongside Lafayette on The Aristocats was voiced by Pat Buttram. But Napoleon wasn’t the only Disney dog that Buttram voiced. He starred as crotchety, yet kind, hunting dog Chief, in the 1981 movie The Fox and the Hound.

Between the two films, he voiced that shifty and dishonest Sheriff of Nottingham in Robin Hood and tipsy swamp muskrat Luke in The Rescuers. Buttram studied for a career in ministry before heading to Hollywood. He was well known on television for his role as Mr. Haney in Green Acres and as Gene Autry’s sidekick on The Gene Autry Show. 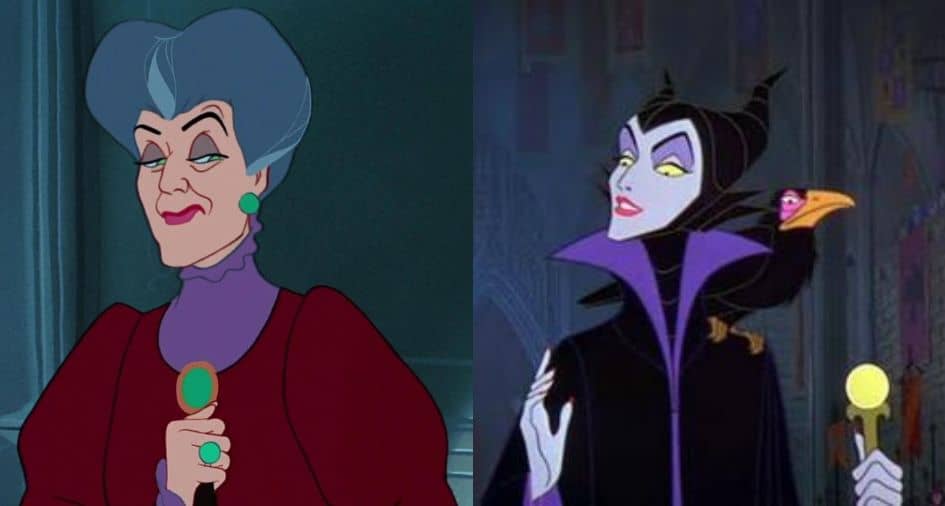 Two of the Walt Disney Animation Studio’s baddest ladies were voiced by the same actress. Mean Lady Tremaine and terrifying Maleficent were both brought to life by Eleanor Audley. Audley tended to play the villain, or at least the antagonizing character, in most of her roles over the years.

In addition to lending her voice to Lady Tremaine and Maleficent, Audley starred as an actress in television roles on shows like I Love Lucy, The Beverly Hillbillies, Father Knows Best, and The Dick Van Dyke Show. Fun fact: Eva Gabor wasn’t the only Disney voice actor that starred in Green Acres. Eleanor Audley starred as Lisa Douglas’ (Eva Gabor) mother-in-law on the popular 1960s show.

Voice acting in an animated film is such a neat way to be part of the Disney legacy. Is a beloved Disney movie for your family on this list? Were you surprised at some of the actors that voiced multiple Disney characters?