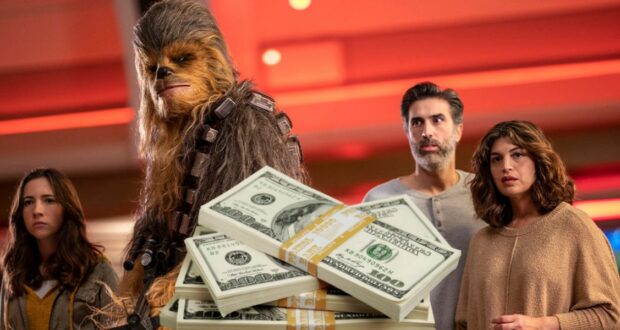 Interested in staying at Disney’s new Star Wars-themed hotel? Well, now is as great of a time as ever as Disney shows booking desperation with a new special offer.

Star Wars: Galactic Starcruiser first opened less than a year ago, in March 2022. While Guests never leave the ground at Walt Disney World Resort, they are transported into Star Wars storytelling as they set off to space in the Halcyon Starcruiser, where they experience Star Wars-themed food, entertainment, experiences, characters, a theme park visit to Disney’s Hollywood Studios and the Star Wars: Galaxy’s Edge land, and more. The experience is almost cruise-like, with an itinerary for a two-night voyage.

While the initial opening of the Star Wars hotel drove in large numbers of Star Wars fans, it is obvious booking desire for the Resort experience has dropped way off. While other Disney Resorts easily sell out, Star Wars: Galactic Starcruisers has only a handful of dates unavailable throughout 2023.

RELATED: Star Wars: Galactic Starcruiser is Failing, and We Know Why

It seems like Disney is working to combat the Resort’s low attendance, with its first-ever discount arriving shortly after the return of The Walt Disney Company CEO Bob Iger. Apparently, that discount wasn’t big enough, as now Disney has revealed another offer that could save Guests up to $700.

The offer is an interesting one, as Disney reveals:

“Combine the magic of a Disney Resort hotel stay with the unforgettable adventure of a Star Wars: Galactic Starcruiser voyage with this special offer! Save up to $700 on a 2-night stay at select Disney Resort hotels when you book a select Star Wars: Galactic Starcruiser voyage from February 5 through September 30, 2023 — valid for stays immediately before or after your voyage.”

Disney notes they are seeking to allow Guests to “extend your adventure” by doubling up on Disney Resort hotel stays.

RELATED: 1,200 Dole Whips & Other Disney Things You Can Buy for the Cost of a 2-Night Adventure Aboard Star Wars: Galactic Starcruiser

Are you a Star Wars fan and ready to learn more about this new Star Wars: Galactic Starcruiser special offer? The full offer details and restrictions are available on Disney’s website here.