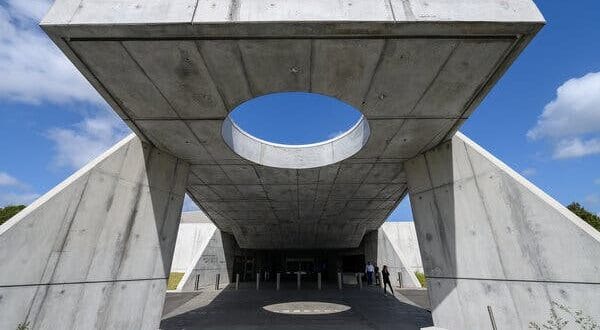 Disney World’s Star Wars: Galactic Starcruiser opened this week, but long before the opening, some fans who had booked a stay canceled after deciding that the famed $6,000 price tag would net them very little when all was said and done. But some Guests will have to pay around $20,000 for their stays in a galaxy far, far away.

No, that’s not a typo. That’s twenty thousand dollars. And that’s about what Guests will pay for what’s being called a “tricked-out” suite. 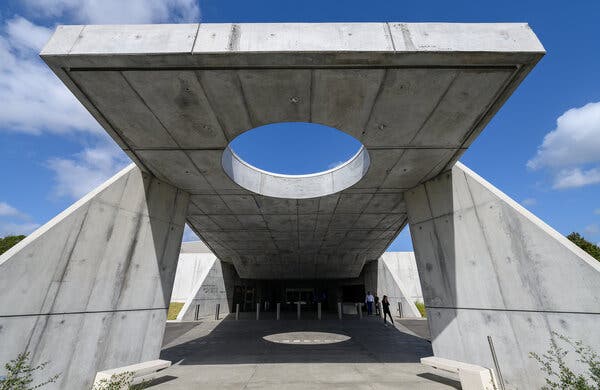 Disney World’s newest Resort Hotel (that isn’t a Resort Hotel) has received major backlash for its hefty price tag and minimal offerings, according to some Guests. Many who had booked a stay when the reservation windows opened last fall went back and canceled their bookings after a Disney promo video failed to meet their expectations, especially for such a price.

Disney released more details and photos of Star Wars: Galactic Starcruiser last week ahead of this week’s opening. And now, The New York Post reports that the Starcruiser also offers luxury suites that will cost Guests up to $20,000 to enjoy.

After Disney released a promotional video for the new experience, fans immediately took to social media to air their opinions about the offering (or lack thereof) when compared to the price Guests would be asked to pay for the experience. According to the Walt Disney World website, two Guests can book the Starcruiser for $1,209 per night, or $4,809 for the entire voyage. That price increases to $5,299 with three Guests per cabin, and $5,999 for four Guests.

The Galactic Starcruiser was first announced at the 2019 D23 Expo in Anaheim, California.

“Once onboard [the Starcruiser], you’ll cruise to the galaxy for two days and two nights while becoming the hero of your very own ‘Star Wars’ adventure,” said Bob Chapek, CEO of The Walt Disney Company.

Prices for voyages listed on Disney’s website do not include alcohol or any of the themed extras Guests are drawn to as part of the fully-immersive experience. Some of those extras include a $30 fee if Guests want to sit at the head of the captain’s table inside the Crown of Corellia Dining Room at the Galactic Starcruiser. Guests can also pay a minimum of $99 for a photographer on board the Starcruiser. And that doesn’t even include all the wearable merch that will no doubt have Guests really feeling like they’re a natural part of the galaxy far, far away. 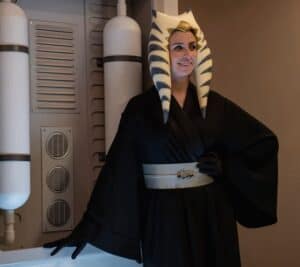 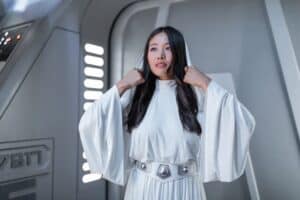 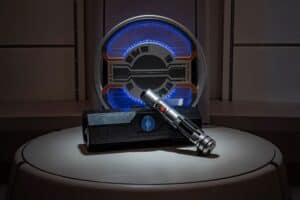 RELATED: Hey Disney Diners! Take a look at some of the food and drink offerings aboard Star Wars: Galactic Starcruiser!

In a post by The New York Times following a preview of the new Disney Resort Hotel (that’s not a Resort Hotel), the Galactic Starcruiser is described as “expensive” right off the bat.

“This is Star Wars: Galactic Starcruiser, an expensive experiment in what one might call immersive lodging. It is equal parts luxury hotel, interactive theater, theme park ride, food as entertainment, digital scavenger hunt, and role-playing game. Guests are encouraged to dress in ‘Star Wars’ garb. Forget to pack your Togruta head tails? The Starcruiser gift shop will sell you a pair for $100. Need your hair styled into an alien fashion? You can pay for that, too.”

The website only gives ballpark pricing for the Standard Cabin. But no matter which accommodation type Guests want to book, they are asked to call a special number to check availability and complete their bookings. Per the site, that number is (407) 939-1800.