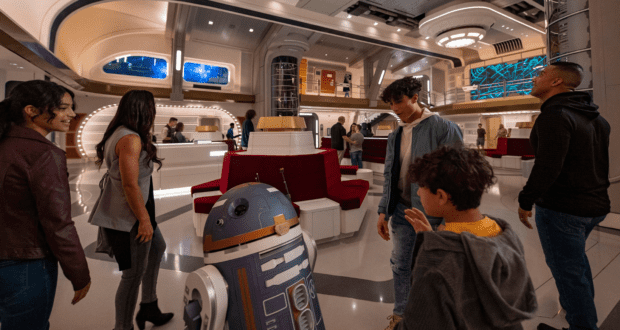 As the first day of March quickly approaches, all eyes are on Disney World’s newest offering in immersive experiences and unique accommodations as Star Wars: Galactic Starcruiser is set to open on Tuesday. This morning, Disney released never-before-seen photos of the Halcyon Starcruiser, as well as the latest info on the newest attraction/Resort hotel/experience for fans of Star Wars “and those who love them.”

Disney World touts the new experience as an “Immersive two-night vacation experience” that invites Guests “to live their own “Star Wars” stories in an entirely new way.”

And a “new way” it is too! Disney’s Star Wars: Galactic Starcruiser is such a different take on immersing Guests into the magic, that many don’t know whether to refer to it as a hotel (which Disney does not), as an attraction, as an experience, or . . . .

The truth is that all of these descriptions apply.

It’s evident that with Star Wars: Galactic Starcruiser, Disney both explores and answers the question: What would it be like to actually live Star Wars, rather than only watch it?

Disney explains the premise for, and development of, the Galactic Starcruiser in its press release today:

When “Star Wars: A New Hope” blasted into theaters 45 years ago, the film created a monumental cultural event, setting the imaginations of generations to come ablaze with tales of heroism, villainy, adventure, mysticism, and romance. What is it like to travel to a galaxy far, far away? What is it like to fly on a starship? To make friends with an alien? To wield a lightsaber? To engage in a space battle? 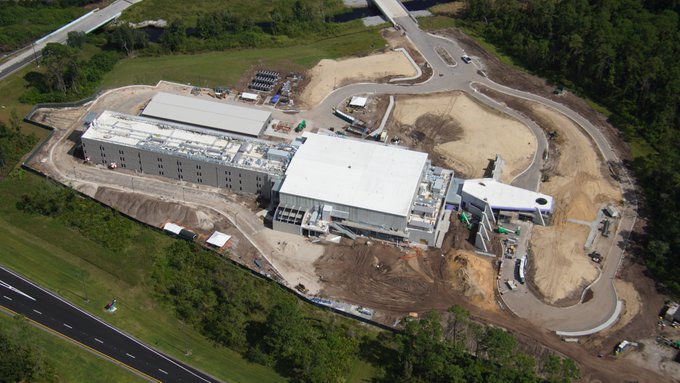 The answers to these questions and many more will be answered March 1, 2022, when Star Wars: Galactic Starcruiser debuts at Walt Disney World Resort.

This first-of-its-kind immersive adventure is a vacation experience going beyond anything Disney has created before. Guests become the heroes of their own “Star Wars” stories during a two-night adventure aboard the Halcyon Starcruiser, a vessel known for its impeccable service and exotic destinations. Passengers relax in well-appointed cabins, enjoy exquisite dining and out-of-this-world entertainment, experience Star Wars: Galaxy’s Edge at Disney’s Hollywood Studios in new ways, and explore the ship in search of hidden secrets and new opportunities.

Throughout the voyage, Guests’ choices determine their personal stories as they interact with characters, crew, and other passengers, becoming part of the action and the broader “Star Wars” saga. They may be asked to keep a secret, deliver a covert message, take part in a high-stakes heist, defend the ship, hide an ally; the possibilities are seemingly endless. Decisions Guests make affect how these tales unfold, intertwining with those of other passengers and well-known characters such as Chewbacca and Rey as momentum builds on an action-packed adventure that may determine the fate of the galaxy.”

Plans for the Star Wars: Galactic Starcruiser were first announced in 2019 at the D23 Expo in Anaheim, California, by Walt Disney Imagineering. All we knew then was that the Star Wars: Galactic Starcruiser would be highly-immersive and something only Disney could do, though Disney hadn’t done it before. Guests were to board some type of transport unit and take off for a galaxy far, far away.

We can’t wait to learn even more about this exciting new experience that sounds like it might actually hold the power to create Star Wars fans from those who’ve never paid much attention to the saga until now!

2022-02-25
+Becky Burkett
Previous: Sad news for Guests who love this variation of Disney’s Dole Whip
Next: Hey Disney Diners! Disney reveals that “Dining is a part of the show” aboard Star Wars: Galactic Starcruiser