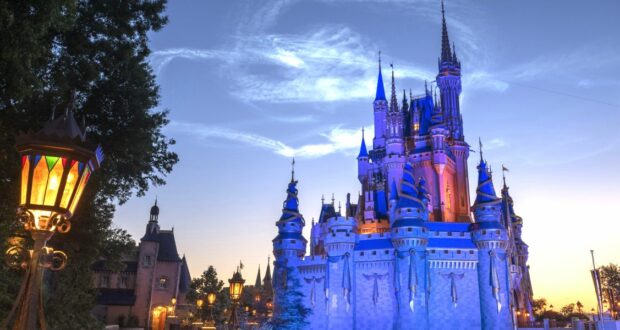 As Walt Disney World wraps up its busy runDisney Marathon Weekend at the start of the month, January will still be a busy month for the Disney Parks. Not only is Disney preparing for the Martin Luther King, Jr. holiday Weekend, but January is a busy month of refurbishments.

At Disney’s Animal Kingdom, the refurbishment calendar has Kali River Rapids closing in January, with a confirmed reopening in March 2023. Additionally, Disney is preparing for a Skyliner closure, with refurbishment taking over this month.

Magic Kingdom, however, seems to be the hot spot for refurbishments and closures. The iconic Splash Mountain attraction is preparing for its permanent closure this month to make way for its new retheme of Tiana’s Bayou Adventure. Plus, construction is underway as usual as Magic Kingdom prepares to finally open its long-awaited roller coaster in Tomorrowland, TRON Lightcycle / Run, this Spring.

And Guests visiting Magic Kingdom this week will want to take note as the ever-so-popular Big Thunder Mountain Railroad attraction is currently closed for refurbishment.

RELATED: Could a Re-Theme be on the Way for Rock ‘n’ Roller Coaster?

According to the Walt Disney World website, “From January 9 to January 13, 2023, Big Thunder Mountain Railroad will be closed for routine refurbishment.”

If you’ve never experienced Big Thunder Mountain Railroad, located in Frontierland, Disney makes it clear that it’s “The Wildest Ride in the Wilderness!” As with many Disney attractions, there is an interesting storyline Disney created to theme the attraction, which includes:

RELATED: Big Thunder Mountain Movie In the Works at Disney!

“Legend has it that soon after gold was first discovered here in the 1850s, eerie things began to happen. Trains would take off and race through tunnels—by themselves.”

“After you arrive at the legendary Big Thunder Mining Company, descend into an abandoned mine shaft and board your train. As you enter the cursed cavern, the engine speeds up along the rickety track. Dodge exploding dynamite and falling boulders as you swoop around turns, drop into canyons and dart through the mysterious ghost town of Tumbleweed.

“Your rip-roaring adventure proves that some legends are true. You’re sure to have a real blast!”

Big Thunder Mountain Railroad at Magic Kingdom will once again be welcoming Guests for “The Wildest Ride in the Wilderness” beginning Saturday, January 14, 2023.

2023-01-09
Jamie Sylvester
Previous: Resellers Physically Block Guests From Accessing New Merchandise
Next: TRON Coaster To Require Something No Other Disney World Attraction Does