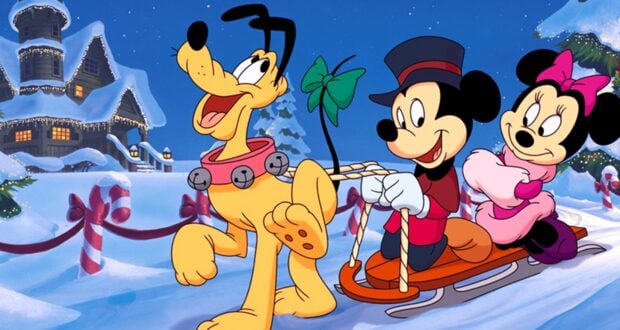 So we believe that the best place to spend Christmas is in your own home. But for the sake of this article and imagination experiment, we’re going to pretend that we could spend Christmas in any Disney universe we want. That’s right – we’re not messing around! There are so many amazing locations in the world of Disney movies and animation. The truth is we would want to visit them all. But what about for Christmas specifically? The possibilities are endless! So help us to dream of sugar plums and let your imagination run wild this Christmas! 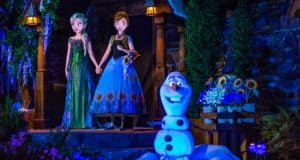 Duh, right? Who wouldn’t want to spend Christmas in the kingdom of ice and magic?! It’s too perfect. Knowing Anna, she decorates the entire kingdom to the nines for the holiday season. We’re sure Olaf gets super into it too. She probably has to ask Elsa to come over to give her a hand with some of the heavy duty decorations. In our minds, Kristoff gets dressed up like Santa Claus for all of the kids in the town. And Sven is, well, a reindeer. We bet the castle and town square would just be absolutely stunning.

Now for the other side of the spectrum: island life! Ever dream of being somewhere tropical for Christmas? We definitely have. Spending Christmas on the island on Motunui sounds like paradise. Sure, you wouldn’t get the wintery charm of snow and ice palaces, but you’d get sand a sun! Plus, it would be incredibly fun to see how Moana’s family celebrates Christmas in an environment so different from the ones we are used to. 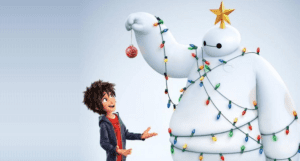 We’ve wanted to visit San Fransokyo since the second we first saw Big Hero 6. What a cool combination of things that city has to offer. Plus, we want to be wherever Baymax is. We think it would be super interesting to spend Christmas with Hiro’s gang in San Fransokyo because we’d love to see exactly how they celebrate. Since the city itself combines cultures, we’d imagine their holidays are combined as well. And, we would pay so much to watch Baymax try to wrap a Christmas present.

Related: Is Big Hero 6 Coming to the Marvel Cinematic Universe 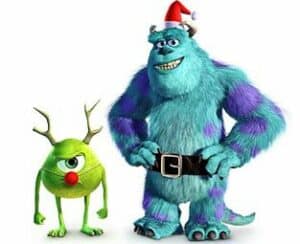 Wouldn’t it be so cool to visit the world of Monsters Inc.?! We love the universe Pixar created for our lovable monster friends. Since the whole city of Monstropolis must be a riot on a normal day, we bet it’s amazing at Christmas! How do monsters celebrate Christmas anyway? We honestly have no idea but we would love to find out. Mike and Sully must decorate their apartment to the nines. Do you think Sully tries to use Mike as the star on top of the tree? And what about at Monsters Incorporated? We bet they have a lot of fun on the laugh floor during the holidays! 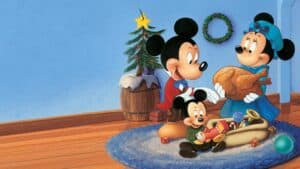 Do Mickey and Minnie live in Toontown? Or is there a different town where all of the Christmas specials take place? Either way, we want to go there. In Mickey’s Once Upon and Twice Upon a Christmas and all of the Mickey cartoons, his little town is the cutest thing ever during the holiday season. It feels like quintessential Christmas. Mickey’s home is always so warm and festive, and the town where he lives feels like a Hallmark movie or something like that. Actually…it just feels like Disney. We would imagine that spending Christmas with Mickey would nothing short of magical. Spend Christmas in a magical castle in the middle of France? Yes, please! We can’t find anything wrong with this. Unless, of course, we’re being held against our will by an angry beast, but we digress. Christmas in Beast’s castle would be so cool! The enchanted residents would make that castle absolutely magical and utterly gorgeous. We bet Belle would even insist on a Christmas ball. How romantic would that be? We already know that it snows a lot at the castle, so all of our favorite wintery activities would be accounted for. Talk about an Enchanted Christmas!

Even though this is home of the Lost Boys, we bet Peter makes sure their Christmas is magical and fun. We’re sure they all decorate the secret hideout with things they’ve collected on the island. If she’s in the giving mood, maybe Tinkerbell even helps out to hang wreaths and garland, or to place the star at the top of the tree. We bet the boys go completely over the top and fill their hideaway to the absolute brim. Since it’s Neverland and they probably don’t have Amazon, they most likely make their own gifts for each other, which is ridiculously sweet and wholesome. Although, there are probably some good pranks that go on on Christmas morning! 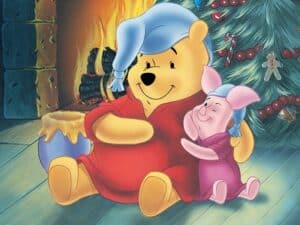 The final place we would want to spend Christmas is none other than the Hundred Acre Wood. How could it not be? Imagine all the fun and games Christopher Robin would bring to the party! And there would be a party, of course. Pooh and his friends would get so into Christmas! Tigger would make sure that every single home is decorated to the brim and Pooh would ensure that there was enough honey to eat through the New Year. Christmas at the Hundred Acre Wood would most likely be small, yet festive. It would be a celebration of being together – which is what it’s all about!

Where would you like to spend Christmas? Tell us in the comments below! 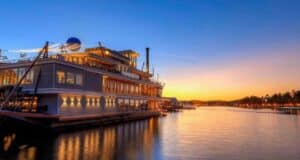