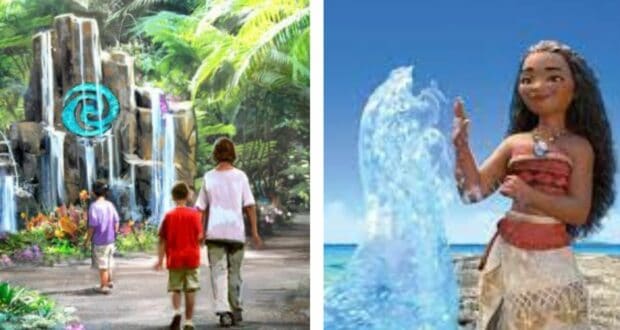 EPCOT’s Moana-themed attraction is still in the works, and thanks to Twitter user @bioreconstruct, we can give you an aerial view of the attraction as it begins to take shape inside the park.

Don’t you love Disney’s Moana? The story of the young princess who learns that her people were once voyagers and follows her heart to return the heart of Tefiti is one that’s hard to forget. The film did very well at the box office, and the story of Moana resonates with Disney fans enough that an attraction inspired by the 2016 Disney feature film was announced at the 2019 D23 Expo in California. 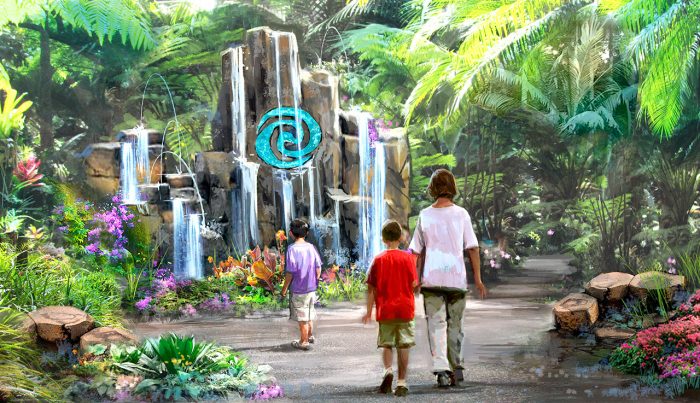 So what is the new Moana-inspired attraction all about?

First, it’s not a ride. Some fans instantly thought it would be a ride because of the name: “Journey of Water.” (Makes sense to us; I mean, you’ve got a journey, and you’ve got water. That’s two of the definitive parts of a Disney World water ride, right?) Instead, the new attraction will allow Guests to interact with “living water” in a lush, natural setting, presumably a part of Moana’s village. 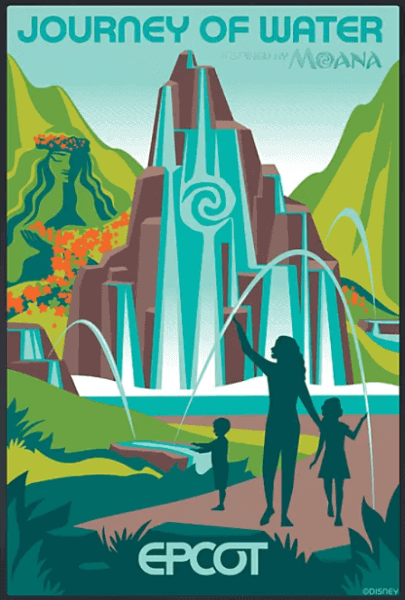 Artist renderings of the new attraction show waterfalls, as well as water shooting out, spraying, and “moving” from one place to another, all against a backdrop of multiple types of greenery, vegetation, and flowers.

Construction of the “Journey of Water” attraction has been underway for some time now, and over the weekend, @bioreconstruct tweeted these photos of the construction efforts on Twitter.

A look at where excavation was in progress this morning in the World Celebration construction site. pic.twitter.com/WL3XW8VFNi

It sure doesn’t look much like a Moana attraction yet, but we’re looking forward to enjoying the attraction once it is finished. It’s fun to watch the progress, little by little, on the way to an attraction’s completion and opening.

Who knows how far they’ll go in just a short time to complete the new EPCOT attraction? We can’t wait!

2019 D23 attraction d23 Epcot moana water attraction water ride 2021-12-06
+Becky Burkett
Previous: Tips for Waiting in Disney World Queues With a Toddler
Next: A Guest-favorite attraction set to reopen this month at Disney World will remain closed until next year