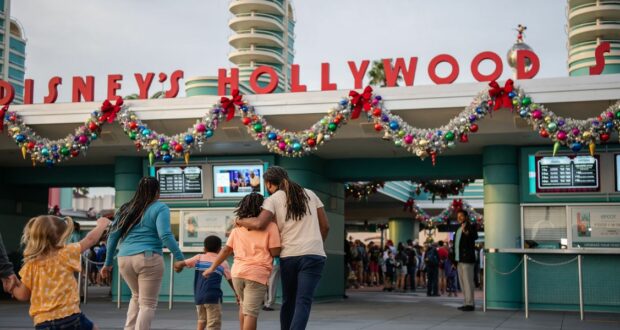 Disney Park Attraction Closes Abruptly With No Reopening in Sight

2023 has finally arrived, and Walt Disney World Resort is preparing for a year of new experiences. With new attractions on the way, unfortunately, an unexpected closure at Disney’s Hollywood Studios has left Disney fans scratching their heads.

Typically, Disney gives notice when one of its theme park attractions or experiences is expected to close. For example, we’ve been preparing for a busy month of refurbishments as Magic Kingdom Park has a list of closures on the way.

Magic Kingdom refurbishments we know about include the January refurbishment of Big Thunder Mountain Railroad in Frontierland, as well as the permanent closure of Splash Mountain at the end of January for its Tiana’s Bayou Adventure retheme.

Over at Disney’s Animal Kingdom Park, Kali River Rapids is preparing for a lengthy refurbishment closure, with rumors swirling that its permanent closure could be possible. Even the popular Disney Skyliner has a January closure on the books.

RELATED: Refurbishment Alert: Could a Re-Theme be on the Way for Rock ‘N’ Roller Coaster?

It’s easy for Disney Park Guests to get an advance look at what attractions may be closed for refurbishment as Disney typically lists them on the refurbishment calendar, as well as sometimes listing the closure on the attraction’s webpage. Of course, unexpected closures can always happen.

And while we thought Disney’s Hollywood Studios would be free from closures in January, one attraction at the end of Sunset Boulevard has been unexpectedly closed for a week now.

As first reported by Disney Tips and shown in the My Disney Experience App, Lightning McQueen’s Racing Academy abruptly closed on December 28, 2022, without any reason. Now, a week later, the attraction has remained closed indefinitely.

Interestingly enough, Walt Disney World’s website still shows operating hours for Lightning McQueen’s Racing Academy despite the attraction’s 7-day closure. Without the attraction being listed on the refurbishment calendar in advance, we believe this means there must be an issue large enough for Disney to keep Guests away from the experience.

If you’ve never experienced the attraction, Disney describes Lightning McQueen’s Racing Academy as a chance to “Get pumped for a high-octane, first-of-its-kind show that’ll put you in the middle of the Disney and Pixar Cars universe.” The attraction features a large Lightning McQueen animatronic with videos of other favorite Cars characters, including Tow Mater and Cruz Ramirez.

As always, we will keep Disney Dining readers updated as we learn more about Lightning McQueen’s Racing Academy’s abrupt closure.