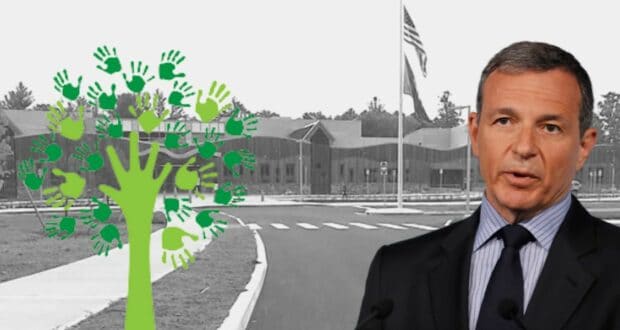 Bob Iger has been back in office as Disney CEO for almost three weeks now after the former CEO Bob Chapek was removed from the company on November 20, 2022.

Iger has been busy working to bring back the magic at The Walt Disney Company, with the Disney fandom and Cast Members feeling a new sense of optimism with Iger’s return.

The event was held “to commemorate the 10-Year Remembrance of the Sandy Hook Elementary School tragedy and celebrate the life-saving impact of the “Know the Signs” violence prevention programs and policies.” Funds raised during the event help the national nonprofit organization to “empower millions of youth and adults to end school shootings and prevent violence.”

According to a report, former United States President Barak Obama and popular actor Matthew McConaughey were joined by Disney CEO Bob Iger to speak at the benefit for the 10th anniversary of the Sandy Hook shooting, the deadliest mass shooting at an elementary school in U.S. history.

Many may remember that Sandy Hook was a tragic elementary school shooting that occurred on December 14, 2012, in Newtown, Connecticut. The 20-year-old gunman, Adam Lanza, shot and killed 26 people before killing himself.

Iger took the stage and stated, “As a grandfather, as a father, as CEO of The Walt Disney Company, I believe there is no greater or more important task than ensuring the safety and well-being of our children. Those of us who are in positions to affect change, whether it’s by influencing laws of shaping culture or supporting organizations on the frontlines, I think we have an extra responsibility.”

RELATED: Disney to Stay Out of Politics but Not Reversing Course on “Woke” Policies According to Iger

Speeches were also given by Barak Obama as well as Matthew McConaughey stating, “I think it’s time that we start selling, evangelizing and celebrating prevention.”

Want to learn more about the Sandy Hook Promise?

“SHP envisions a future where all children are free from school shootings and other acts of violence. As a national nonprofit organization, SHP’s mission is to educate and empower youth and adults to prevent violence in schools, homes, and communities. Creators of the life-saving, evidence-informed “Know the Signs” prevention programs, SHP teaches the warning signs of someone who may be in crisis, socially isolated, or at-risk of hurting themselves or others and how to get help.”

“SHP also advances school safety, youth mental health, and responsible gun ownership at the state and federal levels through nonpartisan policy and partnerships. SHP is led by several family members whose loved ones were killed in the tragic mass shooting at Sandy Hook Elementary School on December 14, 2012.”

Learn more about the Sandy Hook Promise (SHP) via their website here.

2022-12-07
Jamie Sylvester
Previous: Brendan Fraser’s ‘George of the Jungle’ Diet Was So Restrictive, His “Brain Was Misfiring”
Next: Can You Tell Where in the (Disney) World This Photo Was Taken?