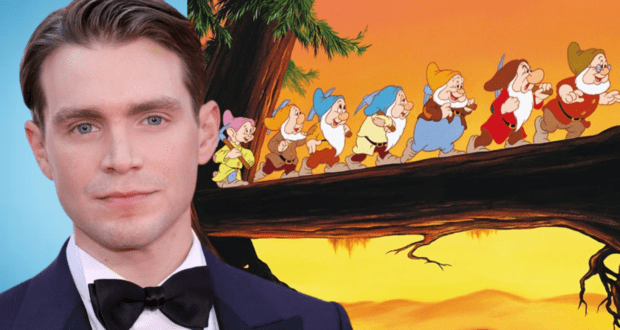 Disney casts male lead for “Snow White” remake, but not as the Prince

Disney has made its pick for the male lead in its upcoming live-action remake of Snow White and the Seven Dwarfs (1937).

According to The Hollywood Reporter, Andrew Burnap, best known for his Tony-award-winning performance in The Inheritance has won the hearts of those in casting at Disney, but his role in the new film may not be one of winning hearts as in the 1937 version of the film–more on that in a bit.

Burnap will join an already star-studded cast of actors and actresses, including Rachel Zegler (West Side Story) as Snow White and Gal Gadot as the Evil Queen (The Fast and the Furious, Wonder Woman). The new Snow White film will be a new take on the animated feature that started Disney’s film-making career in 1937. It will be produced by Marc Platt, who is also currently working on the live-action version of Disney’s The Little Mermaid. Marc Webb is at the helm as director of the new Snow White-inspired flick.

RELATED: Halle Bailey says it will be worth the wait for Disney’s live-action remake of “The Little Mermaid“

Burnap is set to play a new role. All we know at this time is that his role is the male lead, but it will be a newly created role in the film, instead of the Prince or the Huntsman. We aren’t sure exactly what that new role is yet, but we know that the role will call for Burnap to sing in the film.

And speaking of singing, the new film will be a musical. Benj Pasek and Justin Paul are writing the new music for the film. You may recognize their names as they have penned the songs in other successful films like La La Land, The Greatest Showman, and Dear Evan Hansen.

Filming is set to begin in the U. K. in March.