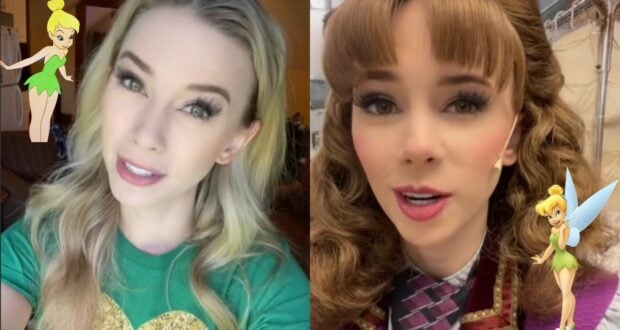 We can’t wait for the release of Disney’s new Tinkerbell movie, starring Reese Witherspoon, but there’s, unfortunately, a downside to portraying Peter Pan’s tiny sidekick, especially at a Disney Park. 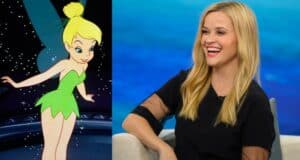 A former Cast Member has come forward in a viral video, sharing that while she was employed playing the role of Tinkerbell, married men made unwelcomed advances toward her, including offering her their hotel keys and inviting her to the hotels in which they were staying.

Sarah Daniels was answering questions from her followers when she shared the information.

Daniels’ initial response was “I feel like if dudes are going to be creeps and hit on you, they’re going to hit on you whether you’re a character or not.”

In her bio on TikTok, Sarah Daniels, known as @sarahdanielstv on the platform, calls herself an “ex-Disney Princess.” As part of her content, Daniels routinely answers questions from followers about her experience as a Cast Member and in portraying characters at Disney.

Daniels, who has nearly 57,000 followers, says she’s been asked more than once about Guests who act in less than respectful ways toward characters.

For example, Daniels has also been asked how she dealt with “creepy Dads” when she was Tinkerbell, also known as one of the many face characters in the parks, meaning that she was portraying a character for which her costume did not include a mask.

“As a face character, ‘no’ is not in your vocabulary,” Daniels responded to the online question, saying that when she was faced with an uncomfortable situation with a Guest, she would divert the attention to her character attendant so they could take care of it.

Otherwise, she says, anytime she was asked a question for which the answer was ‘no,’ she would have to find creative “ways around ‘no.’

We hope that Guests will also remember to be respectful with everyone in the parks, especially Cast members who are working all the while Guests are on vacation.

2021-09-29
+Becky Burkett
Previous: IT’S NOT TRUE! We’re busting up an age-old myth about one of Disney’s most iconic figures once and for all (hopefully)
Next: Film franchise starring Dwayne Johnson gets a new theme park ride