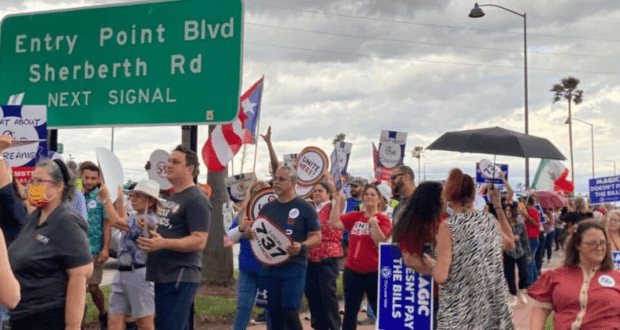 Disney and Local Union to Resume Negotiations as Tensions Increase

Recently we reported that Disney cast members were protesting for higher wages. This came after Local Workers 737, the Union that represents cast members, have been locked in negotiations since October and failed to reach an agreement. A representative from the Union said, “They offered to increase most workers’ pay by only $1 per hour every year for 5 years. The Company also offered additional increases for Housekeepers, Cooks and Dishwashers,” the Union wrote. “The Company said “No” to all of the Union’s other economic proposals regarding pension, health insurance, guaranteed 40 hours, premiums and other important issues.”

Disney previously refused to budge saying, We have presented a strong and meaningful offer that far outpaces Florida minimum wage by at least $5 an hour and immediately takes starting wages for certain roles including bus drivers, housekeepers and culinary up to a minimum of $20 an hour while providing a path to $20 for all other full-time, non-tipped STCU (Service Trades Council Union) roles during the contract term. Our proposal also provides paid child-bonding time for eligible Cast Members. In addition to this, we also offer our Disney Aspire program that pays 100% of tuition up front for eligible hourly employees.” 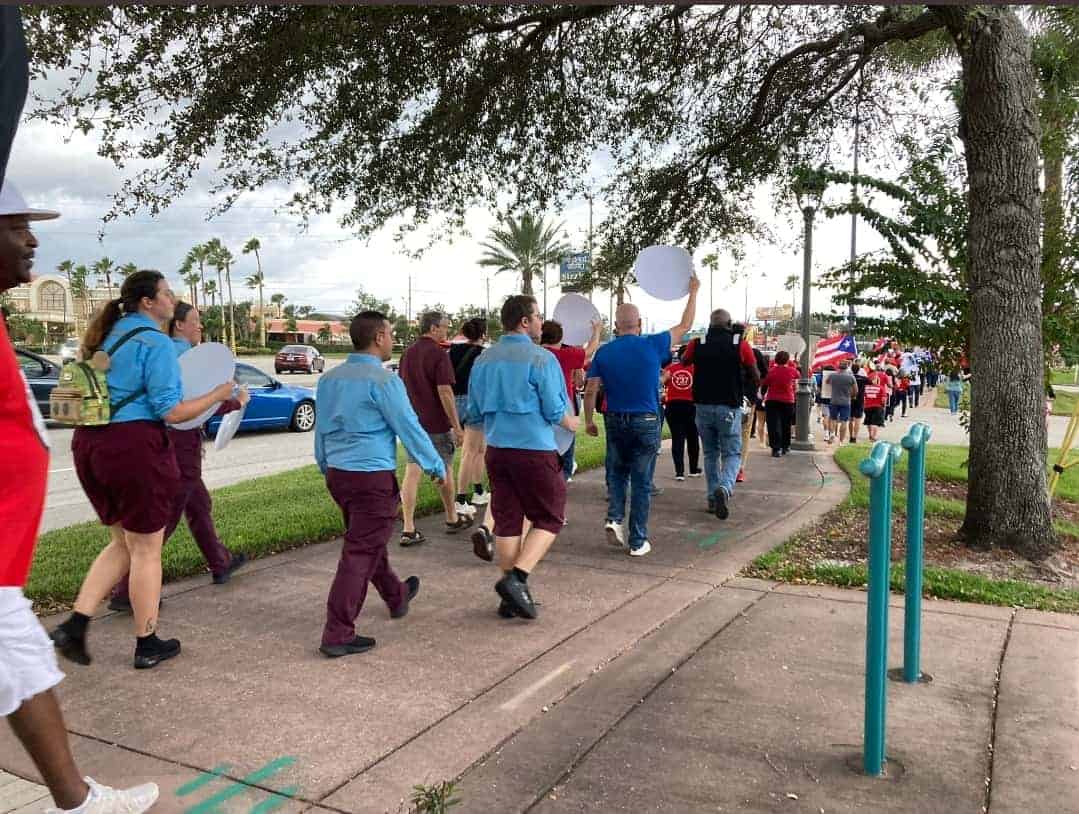 Now it seems Disney is willing to negotiate. The company sits back down with the Union in January to reevaluate their contract. They hope to have a new offer to bring to union members to vote on. In a Facebook post the Union said, “At Disney, all 6 Unions return to the bargaining table on January 9 and 10 at the Wyndham at 3011 Maingate Lane, Kissimmee. Members are welcome to attend.

In early December, we asked Disney to present us with their best offer when we meet next in January. As soon as we have a new contract offer from Disney, we will share it with the members.”

In the same post Union officials stated that they were confident that “by sticking together” they will win in the contract negotiations. Their contract with Disney doesn’t allow them to strike, but protests and petitions have been widely utilized by cast members during the ongoing negotiations.