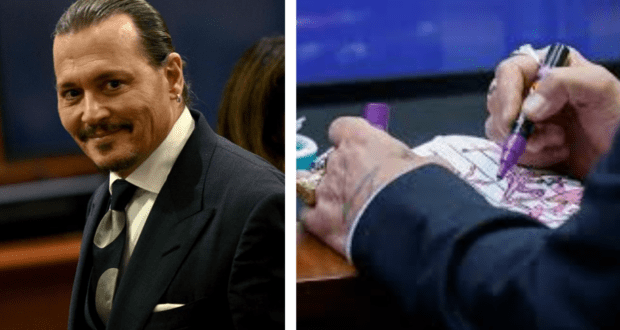 During down time in court, Johnny Depp is honing in on yet another one of his many talents

Just when we thought actor Johnny Depp couldn’t be any more talented, a video has surfaced of Depp expressing his artistic talent in the courtroom setting.

RELATED: “Jack Sparrow on a plank” drinking “vodka for breakfast”: Amber Heard’s attorney receives almost 20 “sustained” objections in less than 7 minutes, objects to his own question

During his ongoing defamation trial against ex-wife Amber Heard, 58-year-old Johnny Depp has been seeing doodling, drawing, and coloring with markers at different times as he waits for the next steps in the trial. What better way to pass the time in a court of law? 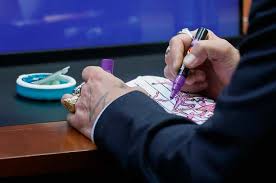 Beginning on day 9 of the defamation trial, Johnny Depp was seen using his artistic talents, perhaps to express himself, maybe to relieve stress, or maybe just to make the very long days in court go by faster.

In an online video that has now gone viral, Johnny Depp can be seen focusing intently on something in front of him at his seat next to his attorney Benjamin Chew. The look on Depp’s face is a serious one, and it’s difficult to tell what he’s staring at so intently. But only a moment later, Johnny Depp can be seen handing a piece of paper to his trial attorney in court, and then it becomes clear.

RELATED: Legal experts say Johnny Depp was “charming” on the stand, but the real uphill battle is only beginning The piece of paper is a drawing Depp has created: it looks like a drawing of a woman. Both Johnny Depp and Benjamin Chew share a few laughs while talking about the drawing before the next witness is finally available via an online platform, at which point both gentlemen are silent. 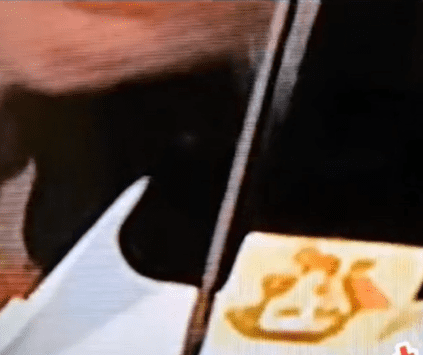 The interaction between the two took place while attorneys were waiting for Tara Roberts, Depp’s island estate manager, to join the court online on Tuesday. Johnny Depp was seen drawing again in court on Wednesday, that time using purple and pink markers while waiting for the jury to arrive at the Fairfax County Circuit Courthouse.

Johnny Depp is suing ex-wife Amber Heard for defamation he says is the result of an op-ed she wrote that was published in 2018 in The Washington Post. In the post, Amber Heard describes herself as the victim and survivor of domestic violence. Though Heard never mentioned ex-husband Johnny Depp‘s name in the piece, Depp claims the piece damaged his career. 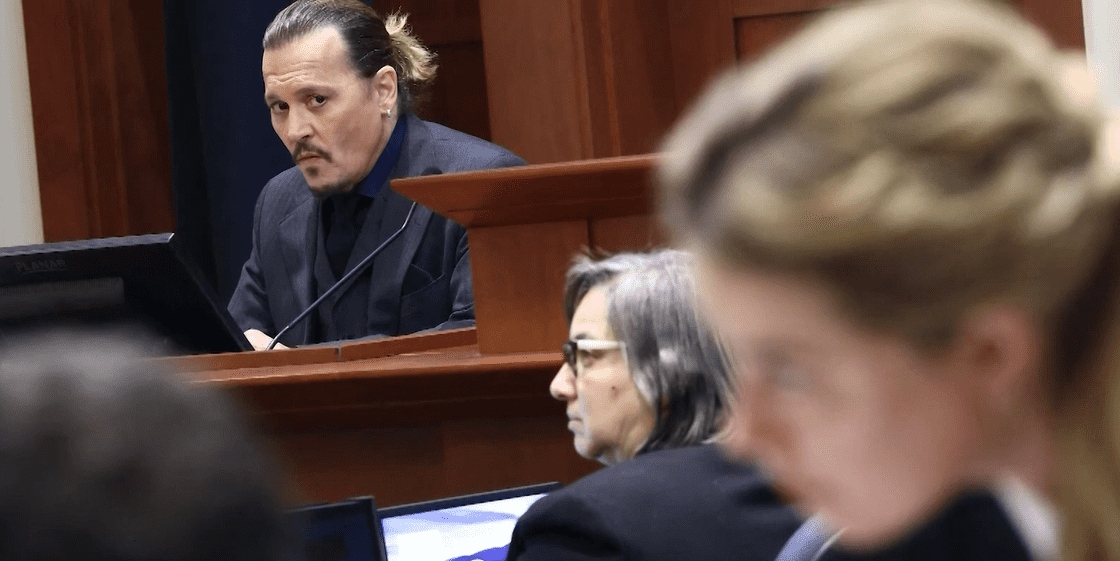 The trial is ongoing and takes place Monday through Thursday each week at the Fairfax County Circuit Courthouse in Virginia. The court docket names actor James Franco, entrepreneur Elon Musk, Depp’s sister Christi Dembrowski, Disney executives, and others as witnesses in the defamation case.

The trial is expected to continue for a duration of 5 to 6 weeks.

2022-04-28
Rebekah Reimagined
Previous: Comedian Betty White’s Brentwood Park home is on the market, but buyers are PROHIBITED from seeing the inside of the home
Next: Disney CONFIRMS Classic Hotel Will Get a Pixar Makeover!