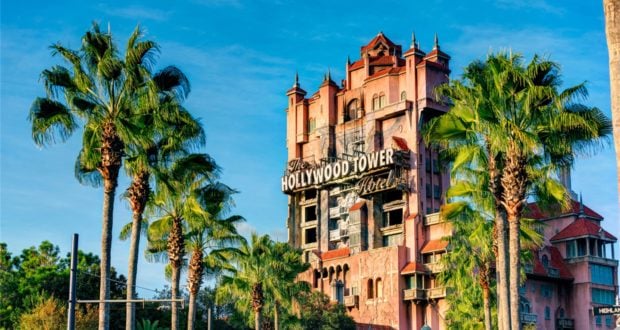 Crowd Review: Disney’s Hollywood Studios on a Friday in October

There is a lot of talk about capacity at Walt Disney World these days. The crowds have certainly picked up since the parks reopened back in July! The park that reaches the current capacity most often seems to be Disney’s Hollywood Studios. It’s the smallest park to begin with, and it has the two newest lands and also the first ride based on Mickey and Minnie in the world. It is not surprising that people want to check it out! I usually try to go to the parks on a weekday, but on October 23 my daughter and I were spending one night at Disney’s Yacht Club Resort, so we headed to Disney’s Hollywood Studios on a Friday.

Before we left I checked, and capacity had been reached for the day. I came to that conclusion because all three categories for Disney Parks Pass claimed that there were no spots left. I know that there will be people who make reservations and don’t use them, but this is a fair way to see how crowded a theme park might be.

Unlike the other three theme parks, it’s essential to arrive at Disney’s Hollywood Studios before it opens. That’s the best way to make sure that you have a shot at getting on Star Wars: Rise of the Resistance. We arrived at around 9:30 and decided to walk around the park. As we walked through Toy Story Land we noticed that there were people on Slinky Dog Dash! Several of the rides opened early to accommodate the crowds. I know that Smugglers Run, Mickey & Minnie’s Runaway Railway, Rock ‘n’ Roller Coaster, and Tower of Terror also opened early. I’m not sure if any of the other rides did. They were still listed as closed in the My Disney Experience App.

We were able to get Boarding Group 33 for Rise of the Resistance. Less than two minutes later, the announcement was made that all the groups were full, and that there would be a second opportunity to try at 2:00. Our estimated wait on the My Disney Experience App was 205 minutes.

Disney’s Hollywood Studios was packed. It wasn’t like the pre-COVID crowds, but it also wasn’t like when the parks reopened. We did hit a couple of the rides. The Wait Times were on or off about ten minutes for us. One thing that I’ve noticed about Wait Times is that the time it takes to clean seems to be factored in. I think that’s part of the reason why sometimes the Wait Time is close to being true, while others it’s a shorter wait. Also, if you get in line when a park opens, don’t expect the Wait Time to be accurate. Those times usually end up being longer.

There are two things that you need to remember when it comes to the waits at Disney’s Hollywood Studios. The first is that it is the busiest park at the beginning of the day. People want to ride Rise of the Resistance, which is several steps above any other ride at Walt Disney World. It’s not just a ride, it’s an immersive experience. Since all the spots will be gone by 10:01, people are there well before the park opens. They then need to do something while they wait! That is why Wait Times swell at the beginning of the day.

The second thing is that once many people ride Rise of the Resistance, they will leave the park. The Wait Times are high at the beginning of the day, but they will go down. Often Wait Times at the end of the day are just a fraction of what they were when the park opened. This includes days that reach the current capacity.

Whenever possible, Walt Disney World is keeping the lines outside until guests have to go in. This is why you will see pictures of the line for Toy Story Mania that run to Pixar Place, and the Smugglers Run line that is in Toy Story Land. These lines are long, but the wait inside is short. The lines are also spaced out for social distancing, so things aren’t quite as dire as the pictures show.

When things are busy at Disney’s Hollywood Studios, I like to stop by Walt Disney Presents. There is so much interesting information within those walls, and it’s also a great place to escape from the Florida heat. The last time I walked through the preview for Mulan was being shown inside. This time, it was Walt Disney: One Man’s Dream. I hadn’t seen this in a long time, and I’m glad that we took the time to watch it again. It is a wonderful glimpse inside how Walt Disney changed the world, and much of it is in his own words. As much as I like the movie sneak peeks, I truly enjoy this presentation.

Rise of the Resistance seemed to be running well, and they quickly ran through the Boarding Groups. We were called at 170 minutes, which was much better than the 205 from the original estimate.

We chose to eat lunch at ABC Commissary. I hadn’t been back since the restaurant reopened. Mobile Ordering has been hit or miss as far as the time it takes to make the order lately, and this wasn’t too bad of a wait. Mobile Ordering for the restaurant was busy, when we first decided where we wanted to eat the first available time was 45 minutes away. Inside, everything was well organized and ran smoothly. There were several Cast Members with bottles of disinfectant, ready to clean a table as soon as someone got up.

Disney’s Hollywood Studios was at capacity, but the crowd was dispersed. It was still easy to stay away from others, I think that most of the people were in lines. It’s possible to hit all of the rides in the park, even when the park is full. You just need to keep in mind that you will be waiting in lines, outdoors in the sun. Even when Disney’s Hollywood Studios first reopened it had the longest lines. Don’t expect to walk onto everything, and then you can still have a good time. 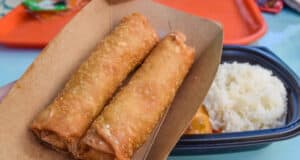