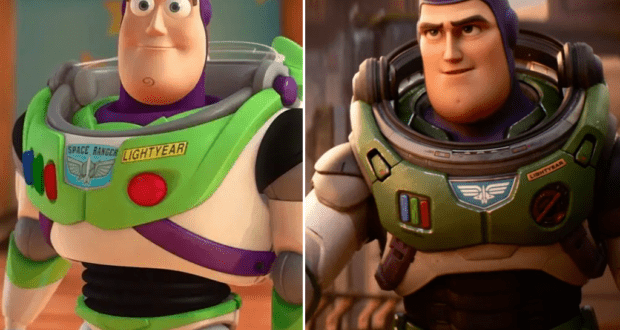 Buzz Lightyear is a racist, and PIXAR’s upcoming “Lightyear” movie has ruined fans’ childhoods, according to tweets about the new film

This summer, PIXAR will release its 26th animated feature film, but even though the release is months away, some are already unhappy with the film, even going so far as to call the space ranger “racist” and suggesting he owns a MAGA hat via online posts. As such, the Toy Story version of Buzz and the Lightyear version of the man after whom the action figure is fashioned look dissimilar, although there is a close enough resemblance for viewers to see how a toy manufacturer came to create the Buzz Lightyear toy to look the way it does.

But Buzz’s new look isn’t sitting well with some. In fact, a few things about the appearance of the space ranger in the upcoming Lightyear film have fans and non-fans divided–and it hasn’t even been released yet.

According to The Mirror, some who’ve seen the trailers for Lightyear say (tongue in cheek) that their childhoods were ruined when they saw Buzz in regular clothes and not in a spacesuit. Others have taken issue with the fact that the real Lightyear has hair.

“I can’t believe Buzz Lightyear isn’t bald,” one tweet reads. “I thought he was like Howie Mandel or Pitbull where you’ve never even considered they have hair in the first place.”

“Buzz Lightyear has hair and I don’t know how to feel,” reads another tweet.

To be fair, there have been a few who’ve seen the trailers for the new film and are exceedingly pleased with the real Buzz’s appearance.

“Buzz Lightyear has no business being this hot but here we are,” reads a tweet from a Buzz fan who’s just fine with the space ranger’s newest look, and hey, we won’t judge.

Still another viewer on Twitter brought up the ridiculous prospect of a toy with a backstory. 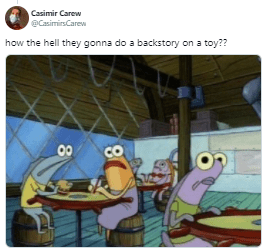 But perhaps the strongest comments made about the space ranger so far have been those centered around the new character being racist. Users on Twitter have tweeted reactions to the new take on Buzz, some including stating he is “definitely racist.” Another tweet from @portgarden suggests the Toy Story 2 version of Buzz was racist.

Hilario Duff tweeted, “Where was he on January 6?” while user Valentines Hate Page tweeted “He looks aggressively misogynistic.”

Tweets have even gone so far as to make comments about the animated space ranger’s political party affiliation. One tweet reads, “Pretty sure I saw that dude at a Trump rally,” while another tweet comments on the need to get Lightyear a “MAGA hat.”

Lightyear will grant fans a passenger seat view alongside the space ranger as he moves up through the ranks in the Ranger corps. And of course, there’s the intergalactic adventure to infinity and beyond as we’d expect. Chris Evans, who has played Marvel’s Captain America, will voice the humanoid Buzz Lightyear. Director Angus MacLane, who also co-directed The Incredibles and Finding Dory had already cast Evans for the part even before the film was originally announced, saying Evans was the only actor he had ever considered for the role. 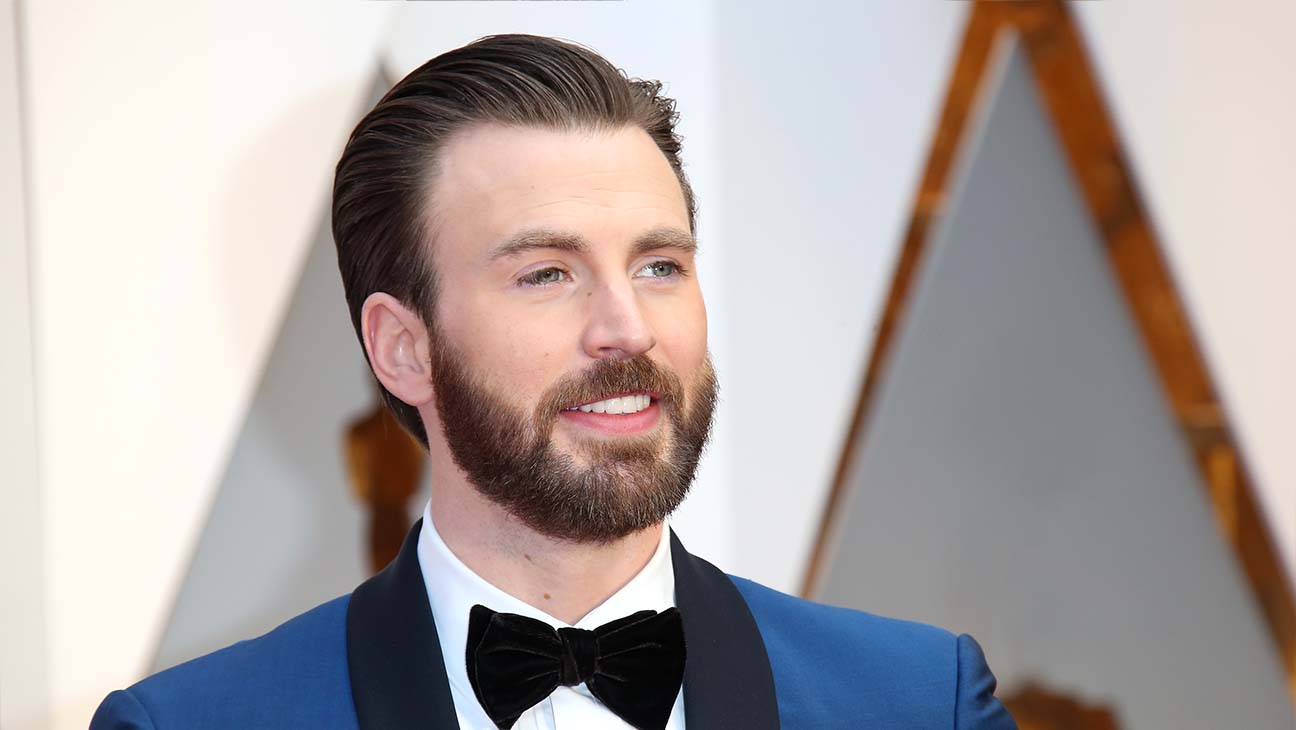 While it remains to be seen what will be tweeted about PIXAR’s space ranger once his movie debuts at the box office, many are excited about the prospect of finally learning more about the real adventures of the astronaut who made such an impact with his work that toy manufacturers created a likeness of him in action figure form.

2022-02-11
+Becky Burkett
Previous: Opening Day Attractions That Can Still Be Enjoyed Today at Walt Disney World
Next: Want to Make Tony’s Famous Spaghetti? Here’s How to Do It!