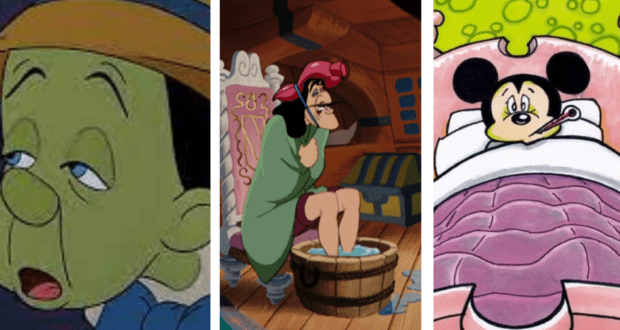 Florida’s report of injuries incurred by Guests at its Central Florida theme parks in the fourth quarter of 2021 has just been released today.

Disney World truly is the most magical place on earth. From thrilling rides and vibrant storytelling inside each attraction to exceptional Broadway-style shows, parades, and nighttime spectaculars that allow Guests to truly experience the magic, there’s something for everyone at the Walt Disney World Resort! But even Disney World isn’t immune from the occasional hiccup. Accidents leading to injuries do happen from time to time in the parks, and when they do, Disney World and other Central Florida theme parks like Universal Studios Orlando and SeaWorld are required by state law to document them on an incident log and submit the documentation to the state.

The Florida Department of Agriculture and Consumer Services compiles that information into a quarterly report known as the theme park injury report and releases it to the public, usually every January, April, July, and October.

RELATED: Several injuries at Disney World land Guests in the hospital, according to report

Florida’s theme park injury report was released this morning, and though it can sometimes be vague when it comes to individual injuries, it does give an overall report of what types of injuries took place in each Central Florida theme park. Only those injuries required at least 24 hours of hospitalization and were incurred by Guests are included on the report, meaning the document doesn’t give information about Cast Member injuries or about injuries for which Guests visited the emergency room and were not admitted to the hospital.

In reporting these types of injuries themselves, Walt Disney World, Universal Studios, Sea World and other theme parks in Florida avoid inspections by the state, according to The Orlando Sentinel.

The fourth-quarter theme park injury report includes data from the theme parks from October, November, and December 2021 and notes seizures and heart-related issues experienced by Guests after enjoying attractions at Disney World and Universal Studios, among other issues.

Between October and December of last year, only Disney and Universal Guests experienced the types of injuries the parks are required to report–ten in total from the two resorts combined. Legoland, Busch Gardens Tampa, and SeaWorld reported no injuries for the fourth quarter.

According to the report, the following injuries were incurred by Guests:

RELATED: “We were literally trapped”: Guests board ill-fated boats at Pirates of the Caribbean attraction and are stranded for more than an hour

According to the report, 90% of the documented injuries occurred at Walt Disney World. Each of the injuries at Disney was related to seizures, feeling unwell, or cardiac symptoms, usually following a ride experience, rather than falls, broken limbs, and the like.

2022-01-20
+Becky Burkett
Previous: Changes on the Way for Popular Disney’s Hollywood Studios Show
Next: Disney Meals to Make at Home in Winter