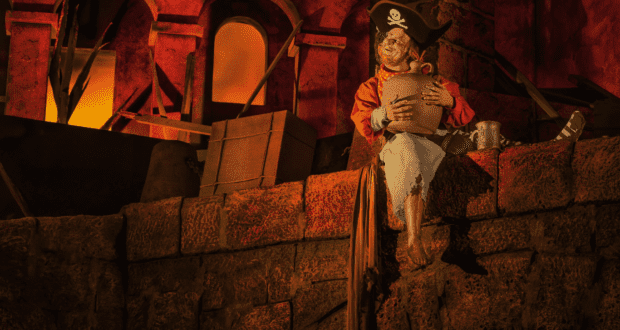 ‘We were literally trapped’: Guests board ill-fated boats at Pirates of the Caribbean attraction, become stranded for almost an hour

It may be true that dead men tell no tales, but something happened at Disneyland on Halloween night that has a lot of people talking.

When you visit any one of the Disney Parks, one of the first things you want to do is head to your favorite attraction, right? And whether you like the thrilling, fast rides with hairpin turns and 80-foot drops or the slower-moving boat rides that give you the time to nap, contemplate life choices or take photos at an attraction from a new vantage point, for many Disney Parks fans, still the Pirates of the Caribbean attraction is a must!

RELATED: Johnny Depp warns about Cancel Culture: ‘No one is safe’ 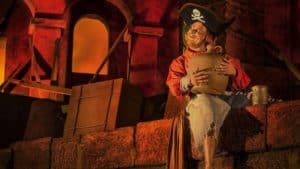 The same must have been true for the swashbuckling Guests who made their way to New Orleans Square at Disneyland Saturday evening and thought nothing of boarding a boat at the Pirates of the Caribbean attraction. They had no idea what they were in for. RELATED: Angry, impatient man spits on a Guest in the queue for Pirates of the Caribbean attraction

Brian Rokos is a crime reporter for the Southern California News Group, and he just happened to be one of the Guests aboard a boat in the shallow waters of the Pirates of the Caribbean attraction at Disneyland when the attraction suddenly malfunctioned, causing the boats to simply stop where they were.

“We were at the point in the ride where the women are chasing the men around in circles, and Jack Sparrow is peeking out of a barrel at a pirate who’s talking about the location of the secret treasure,” Rokos said in an interview. “Then suddenly, we stopped.”

We are stuck on Pirates of the Caribbean at Disneyland. Boats have not moved for about 10 minutes. pic.twitter.com/ZG0vjKWqMC

Apparently, after several minutes, the music for the attraction stopped, and an announcement was made, requesting Cast Members to come to the aid of the stranded Guests.

According to SFGate, Rokos explained that he had overheard a Cast Member talking about several other Cast Members who had not shown up for work because they were ill, but no one really understood why the ride had malfunctioned or what had caused it to cease operations, except for one Cast Member who mentioned technical difficulties, but didn’t explain any further than that. 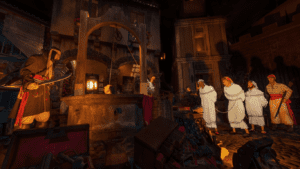 Rokos says that after about 40 minutes of waiting in the boats, a Cast Member came to the boat with rubber waders on. He watched as people that were closer to the “land” area of the attraction were evacuated, but he says that he began to feel uneasy as he noticed that he was surrounded by only ride water.

RELATED: Disney has new protocols for ride breakdowns, and Guests aren’t going to be happy

“There’s no way I was going to be able to get out,” he said. “Someone suggested that I should walk the plank, but I had no plank to walk! I had no idea how to get off. We were literally trapped.”

Rokos wasn’t sure what to do.

“I thought, ‘This doesn’t bode well. This is disaster mode,’” he added. “But it turned out to be a good thing.” 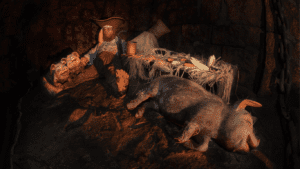 In the end, a conscientious Cast Member showed up to push the boat in which Rokos sat, contemplating taking the plunge into the Caribbean waters so that it was closer to the area where Rokos and others could step off “onto dry land.”

Have you ever been stuck on a ride at a Disney Park? Let us know about your experience!

2021-11-03
+Becky Burkett
Previous: Disney Parks celebrate the return of ‘The Lion King: Rhythms of the Pride Lands’
Next: Disney Announces New Cruise Destinations, and How You Can Cruise With An Imagineer!