In response to growing concerns over the shortage of oxygen at area hospitals in central Florida, Universal Studios has implemented changes to conserve water.

The theme park is one of the Orlando Utilities Commission’s biggest customers, and concerns over a potential city-wide crisis have spurred Universal to put the brakes on landscape irrigation and dishwashing. 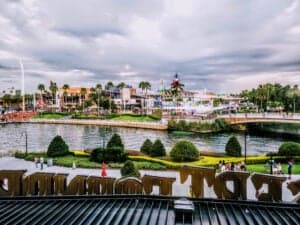 The changes come in response to requests made in late August by the City of Orlando and the Orlando Utilities Commission for customers to conserve water due to a shortage in liquid oxygen related to rising numbers of cases of COVID-19, especially during the surge of infections caused by the Delta variant of the virus. 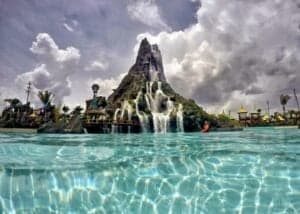 Universal Studios Orlando is one of the city’s top 10 consumers of water. It’s also the only theme park in the Orlando area for which the Utilities Commission supplies drinking water.

Although Universal has already implemented a water conservation system deemed “aggressive” by some, the park is still taking advanced measures to reduce its need for, and use of, water in an effort to keep the city from entering a water shortage crisis.

Before the requests from the commission and the City of Orlando, Universal was already in the habit of using recycled water in its swimming pools and on its water rides.

Per Universal Studios spokesperson Tom Schroder, the park has begun only spot-cleaning parts of its theme parks. This is in contrast to the use of hoses to spray down big areas of the parks. Universal has also reduced the amount of potable, or safe for drinking, water it uses in landscape irrigation. 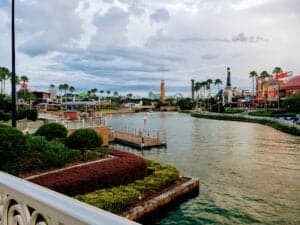 Inside Universal Orlando’s hotels, employee cafeterias are outfitted with paper products, rather than dishes that must be cleaned. The park has also turned off its water sprinklers that use potable water.

The spokesman says the park has also postponed any window washing, and pressure-washing has also been given a red light until conditions improve.