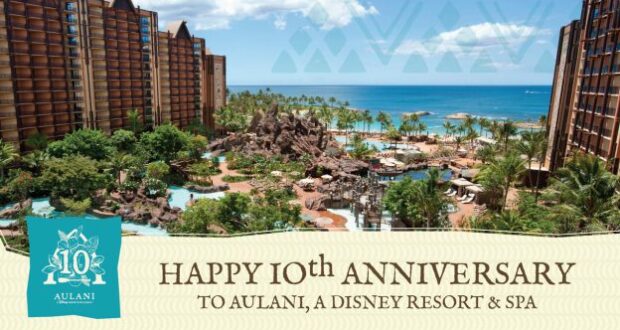 It has already been ten years since Disney’s third stand-alone resort, Aulani Resort & Spa, first opened its doors to Guests seeking a different kind of magic and Disney experience in August 2011. 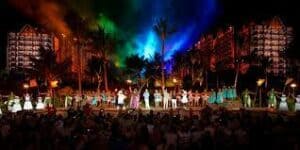 And now, even amidst the rising number of COVID-19 cases in Hawaii, particularly on the island of Oahu, where Aulani is located, Disney is celebrating Aulani’s 10th anniversary and doing so in ways that are unique to the island and to the way of storytelling that has become tradition at Disney’s Aulani Resort & Spa.

If you’ve ever visited Disney’s paradise property at the Ko’Olina Resort in Kapolei, you know that storytelling is a huge part of the activities and tradition at the resort. There are even storytelling activities for families to enjoy during their visit to Aulani. So it’s only fitting that Aulani’s 10th anniversary would be celebrated with a brand new mele, or song, used to tell a story.

The mele, titled Aulani, Lei Hiwahiwa was written, performed and recorded by two Cast Members at Aulani–Eric Lee and Angela Morales. Lee and Morales play the storytelling roles of Uncle and Aunty during activities at Aulani, and both are award-winning musicians. 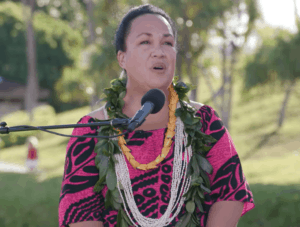 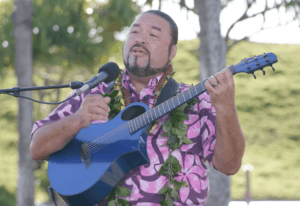 Their new mele tells the story of Aulani, her ‘ohana, or family, and how it has grown into the place it is today. Morales says it’s a love song of sorts.

Aulani can be translated as “the place that speaks for the great ones.” Disney’s only property in Hawaii encompasses some 21 acres and is open year-round, though some activities are either modified or still not available as a part of Disney’s ongoing effort to keep Guests safe and lower their exposure to the COVID-19 virus.