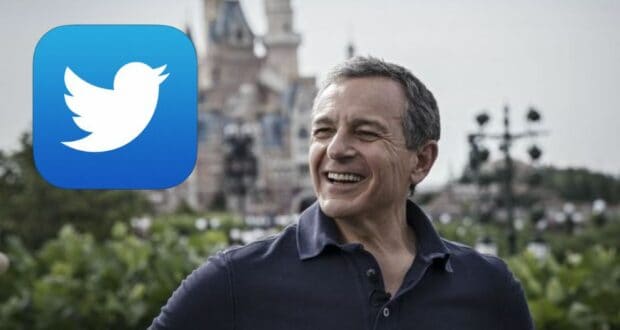 After attempting to retire, Bob Iger is back at the helm at Disney. The former (and now current) CEO, who previously said he would never return to Disney, accepted the position after being in talks since this past Thursday (November 17, 2022). The announcement was made late Sunday night and fans haven’t stopped talking about it yet.

He got right to work, rolling up his sleeves to begin a complete overhaul and restructuring of the company. His first official act was to fire Bob Chapek’s right hand man, Kareem Daniel. Next he announced a Town Hall meeting for Disney employees and Cast Members. There are rumors about what may come next but nothing concrete has been confirmed yet.

Today, however, he is enjoying Thanksgiving and expressing his gratitude. In his first official Tweet back as CEO, Iger tweeted out his thanks for his team and all of the individuals who make Disney so great before expressing that it is a privilege to be able to lead the Company he loves once again. 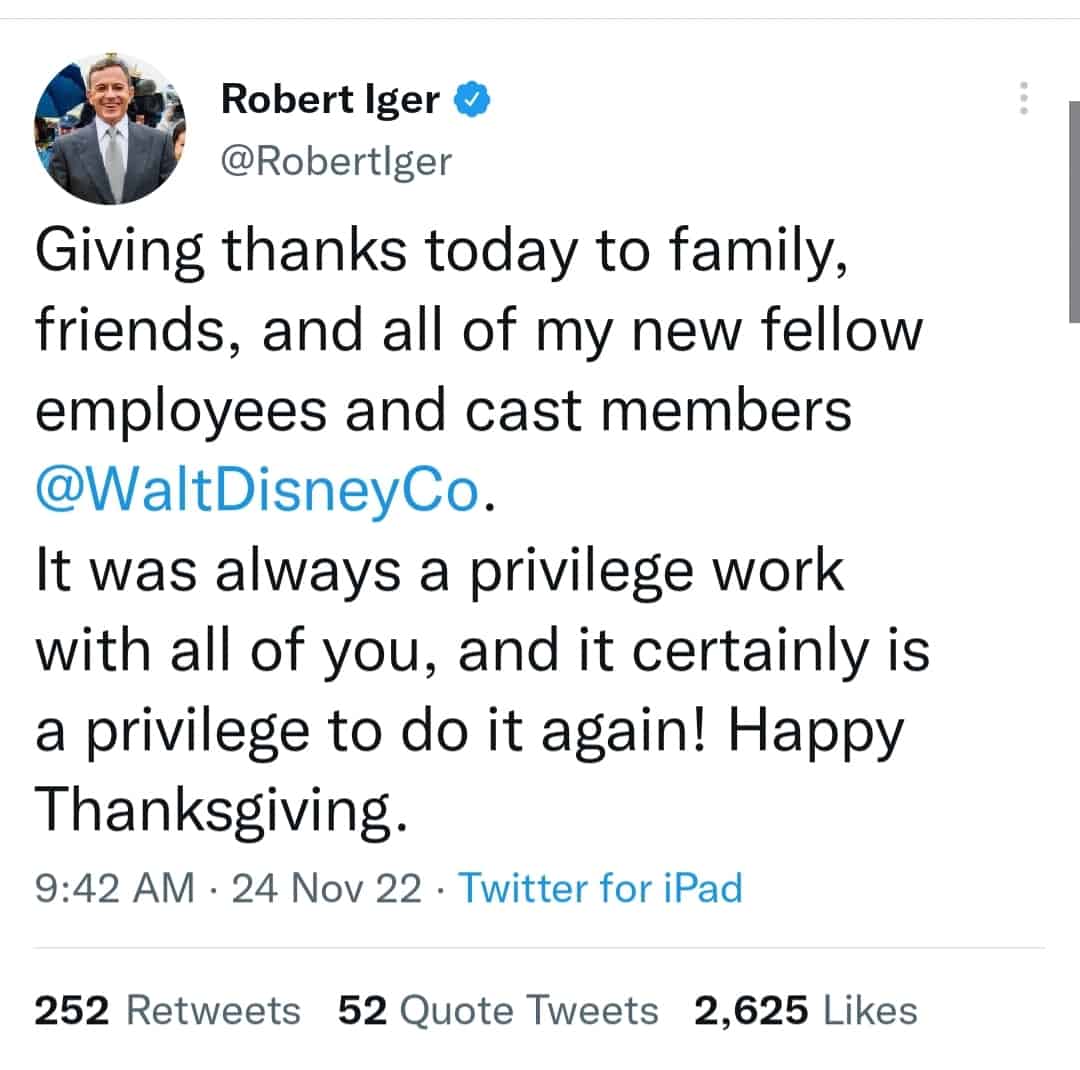 Many fans reacted to the Tweet by expressing their thankfulness for the return of the CEO this year.

You coming back to Disney is definitely on my list of things to be thankful for this year! Thank you for giving all of us Disney fans hope that the magic will return. Happy Thanksgiving to you and your family 🦃🦃🦃

Let’s do it again!

We are eager to see where the next two years takes the company u der the direction of Bob Iger. This year we are certainly thankful for the renewed hope within the Disney community the shake up has brought.

2022-11-24
Jill Bivins
Previous: The Dark Version of Toy Story You’ve Never Seen (and Its Thanksgiving Ties)
Next: Christine McCarthy Led the Charge For Firing Bob Chapek, But Only Because He Couldn’t Get to Her First