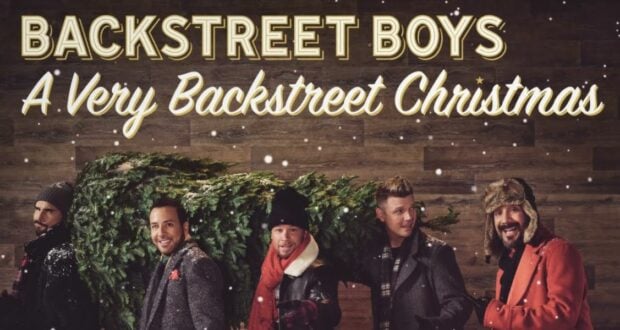 In September, the Backstreet Boys made many millennial girls’ hearts skip a beat when they announced that they were releasing a new Christmas album, A Very Backstreet Christmas. In their more than 25 years together, the pop group had never made a Christmas album, so this was a big deal. Then in late November, the band announced that they would be celebrating the release of the Christmas album with an ABC Special, where they would be singing not only their new songs but also classics that fans know and love. Unfortunately, since the Backstreet Boys Christmas special was announced, some very disturbing allegations have come out against band member Nick Carter. In the past few days, several women have come forward claiming that Carter sexually assaulted them while the band was on tour in the early 2000s. Carter has come out and denied the accusations, but, in light of everything, ABC has decided to cancel the Backstreet Boys holiday special.

The most recent, and most public accusation, made against Carter was made by 39-year-old Shannon Ruth, who claims Carter raped her in 2001. The woman says that Carter took advantage of her because she is autistic and suffers from cerebral palsy. The lawsuit filed by the woman also includes allegations from three other women, who claim Carter assaulted them between 2003 and 2006.

All the women claim that they attended Backstreet Boys events as fans, and Carter invited them to see the group’s tour bus. While on the bus, he offered them something he called “VIP Juice”. After serving them the juice, they claim Carter attacked them. Carter’s attorney, Michael Holtz, released a statement to Page Six after the woman came out publicly with her accusations.

“This claim about an incident that supposedly took place more than 20 years ago is not only legally meritless but also entirely untrue. Unfortunately, for several years now, Ms. Ruth has been manipulated into making false allegations about Nick – and those allegations have changed repeatedly and materially over time. No one should be fooled by a press stunt orchestrated by an opportunistic lawyer – there is nothing to this claim whatsoever, which we have no doubt the courts will quickly realize.” This is not the first time that Carter has been accused of sexual assault. In 2017, Melissa Schuman — a member of the pop band Dream — claimed that Carter had assaulted her in 2003. Carter claimed that everything between the two was consensual. Prosecutors declined to press charges in that case, saying that the statute of limitations had passed. The allegations come as Carter is dealing with the death of his younger brother, Aaron Carter, who passed away in early November. Aaron Carter was just 35 years old when he died. While the initial cause of death is believed to be drowning, toxicology tests are currently underway, as cans of compressed air were found near Carter.

The Backstreet Boys holiday special was set to air on ABC on December 14 and then become available on Disney+ shortly after. The other members of the Backstreet Boys are Brian Littrell, Howie Dorough, AJ Mclean, and Kevin Richardson.