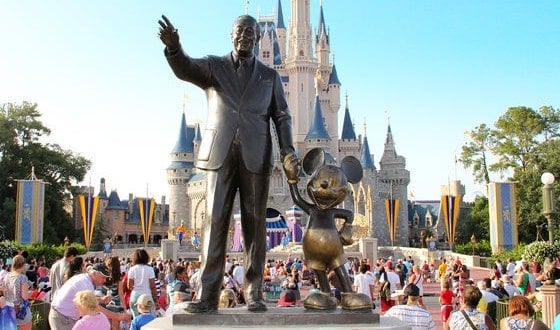 7 Photos You Must Take At Walt Disney World!

Living near Walt Disney World and having a passion for photography is a wonderful combination for me. Disney World is, by far, my favorite picture taking spot. I’m always looking for new places and perspectives to photograph, but here are a few of my favorite go-to pictures inside the world of Disney that you just have to take.

Most theme parks don’t contain a full-size African safari, but Walt Disney World is not one of them. The Animal Kingdom Park is home to an 800 square mile safari, inhabiting everything from hippos, to giraffes. So, get your cameras out, put them on sports mode, and hold on tight to take some amazing pictures of animals. It’s like visiting an entire zoo in a 30 minute safari ride! Occasionally, animals will even approach the truck for an extra special picture, (or “selfie,” if you’re into that sort of thing).

6. Pictures of the Characters:

When vacationing in Walt Disney world, who can resist running up to see your favorite character? I for one can’t leave the Magic Kingdom without seeing Cinderella at least once. She’s my absolute favorite. Capturing the happiness of a child, (or an adult who’s a child at heart), spending time with a real-life version of their favorite character is unlike anything else.

We can’t forget the classics! Everyone must take their picture in front of each park’s main attraction: Cinderella Castle in Magic Kingdom, the Epcot ball (Spaceship Earth), and the Tree of Life in Animal Kingdom. The best part about these sites is that Disney Photo-Pass Photographers are standing ready so that your whole party can be in the picture. With the Photo-Pass Service, you can find the pictures online using the card your photographer gives you. This card will hold all the Photo-Pass pictures you have taken on your vacation. These Cast Members are also more than willing to take a picture with a phone or camera as well, so you don’t have to wait to get to a computer to see your pictures.

In between Main Street USA and Cinderella Castle in Disney’s Magic Kingdom is a classic statue of Mickey Mouse and Walt Disney holding hands. Walt’s famous quote that “it all started with a mouse” will never be forgotten, and neither will his original idea of progress. A picture of the statue with the picturesque castle in the background is a priceless gem of a timeless classic.

A Walt Disney World fireworks spectacular is incomparable to any other you’ve seen before. Whether you’re watching Epcot’s nighttime spectacular, Happily Ever After in Magic Kingdom, Star Wars Spectacular at Hollywood Studios, you’ll enjoy that each performance combines Disney soundtracks, lasers, lights, and fireworks that bring out the photographer in everyone. Snapping a perfect shot of the fireworks makes for a magical picture. It’s also a great way to keep the memory forever.

2. Hats Around the World:

In Epcot’s World Showcase, you can walk around to all eleven country pavilions in a single day. This also means at least eleven different hat combinations. (Come on, you know you love this one.) In Germany you can wear a hat shaped like a beer mug, while in France you can wear tiaras. In Mexico you can try on an oversized sombrero, or a troll hat in Norway. These pictures are great for making sure to explore each country, and it might even turn into a family tradition! (I know it is for mine…) These pictures also make for great Disney vacation collages!

My favorite park photography activity is coming up with hilarious poses with friends and family on rides. Most roller coasters and attractions take your picture at some point throughout the ride, and after, you can take a picture of that picture, or purchase it from Disney for keepsake purposes. I’ve seen everything from “hear, see, and speak” to marriage proposals with signs in these pictures. Picking your pose is half the fun!

2014-09-22
Alexandra Blazevich
Previous: Which Disney Duo Are You and Your Best Friend? Quiz
Next: Top 8 Reasons I’d Rather Be at Disney