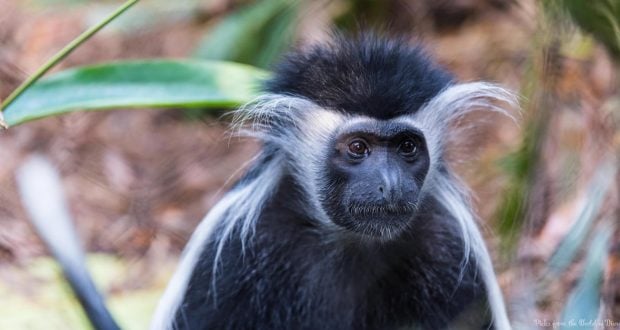 Pandora – The World of Avatar, Rivers of Light, Tree of Life Awakenings, Kilimanjaro Safaris, Expedition Everest, and so much more! Disney’s Animal Kingdom is an impressive park to say the least. If you’re a rookie to this park, it can be a large and hard park to navigate. It’s easy to make mistakes, especially if you’re a Walt Disney World rookie. Here are ten possible mistakes and solutions for how to avoid them.

10. Mistake: Not Checking the Weather

The weather in Central Florida can change quickly, especially during the summer. It can be sunny one minute and raining the next. Much of what you’ll do at Disney’s Animal Kingdom is outdoors, and it’s easy to get caught in a storm.

Solution: Check the weather on your phone often, especially the hourly forecast. Plan to attend an indoor show or maybe grab a bite to eat if it looks like it’s going to rain. One nice thing about the sudden Florida storms is that they often leave just as quickly as they rolled in.

9. Mistake: Not Enjoying a Drink

There are plenty of places to order a specialty drink at Disney’s Animal Kingdom. Dawa Bar, Nomad Lounge, and Pongu Pongu are just three of the possibilities. Rookies will sometimes settle for a bottle of water or a Coke product when they want to cool off, missing out on some great options.

Solution: Look over the drink choices and menus, and order something cool and refreshing! There are plenty of specialty creations in the park, with or without alcohol. If you do plan to imbibe, please drink responsibly.

The animals are part of what makes Disney’s Animal Kingdom so special. To see as many as possible, you will want to go on the trails. Rookies will sometimes skip the trails, thinking that they involve a lot of walking or rough terrain.

Solution: The trails are easy, so make sure that you spend some time on them. You will go at your own pace, enjoy some shade, and see plenty of animals. On some trails there are Cast Members along the way to answer your questions. The trails are not to be missed. If you skip them, you’ll be missing the “Animal” part of the park’s name.

7. Mistake: Not Ordering Ahead of Time

Satu’li Canteen is the main restaurant in Pandora – The World of Avatar. This counter service option is already a favorite of many visitors. Crowds are common, especially during normal meal times.

Solution: Download the My Disney Experience app. With it, you can place your order at Satu’li Canteen and pay for it ahead of time. Your food will then be ready when you arrive. You will enjoy a great meal and save time.

When you first see Expedition Everest – Legend of the Forbidden Mountain, you can’t help but notice that there is a pretty big hill. Some rookies who are on the fence about roller coasters think that is the only scary part of the ride. They’re wrong.

Solution: Expedition Everest does not go upside down, but it is also not tame. Many people say that the scariest part is when it goes backwards. Go ahead and ride, you don’t want to wish that you had, but don’t assume that you’ll be riding something similar to Big Thunder Mountain Railroad. It’s more intense than that.

Tusker House Restaurant offers character meals featuring Donald and his friends. Some rookies think that it is a character meal that can be skipped, especially when they see something like “blatjang” listed on the menu.

Solution: Make a reservation at Tusker House Restaurant! The character interaction is fantastic, and the buffet is one of the largest in any of the theme parks. If you want to skip the blatjang (it’s Malay for chutney), go ahead. You can fill up on Spicy-roasted Chicken instead. All three meals are served, and Tusker House Restaurant features African and American specialties. You won’t go away hungry.

4. Mistake: Skipping the Rest of the Park

Pandora – The World of Avatar is incredible. Some rookies will visit the new land, then use Park Hopper and spend the rest of the day elsewhere.

Solution: There is so much more to Disney’s Animal Kingdom than just Pandora! While the new land is amazing, it’s just part of what the park is about. Don’t miss the shows, DINOSAUR, Kali River Rapids, Primeval Whirl, or any of the other amazing attractions. If all you experience is Pandora, you’ll be missing out on a lot of fun.

3. Mistake: Not Staying Until After Dark

With the exception of Pandora, it is possible to ride almost everything and see all the shows before the sun goes down. Rookies will sometimes think that they can have dinner and then leave.

Solution: Leave if you want, but return after the sun has gone down. As already mentioned, there are now nighttime offerings at Disney’s Animal Kingdom. You will also want to return to Pandora – The World of Avatar. It is incredible during the day, but after dark it is breathtaking. You need to experience it on your Walt Disney World vacation.

If you’re planning your first Walt Disney World vacation, you have probably heard over and over again that you need to arrive early. Don’t assume that it’s okay to break that rule at Disney’s Animal Kingdom. In fact, this might currently be the park where arriving early is most important.

Solution: Plan to arrive at Disney’s Animal Kingdom well before it opens, especially if you want to hit both rides in Pandora. If you don’t arrive early, you could end up waiting for hours for one of the two new rides.

FastPass+ is a free service that allows you to make up to three reservations per day for rides or attractions. Rookies sometimes think that it’s too much of a hassle to make those reservations.

Solution: FastPass+ is a must at Disney’s Animal Kingdom. Here FastPass+ is in tiers, you’ll pick one attraction from Tier One and two from Tier Two. The lines for the two Pandora rides have been extremely long, and with FastPass+ you will be able to ride one of them without waiting for hours. Tier One is only Avatar Flight of Passage and Na’vi River Journey, and you can’t pick both rides on the same day. The other FastPass+ selections are all Tier Two. If Avatar Flight of Passage is available grab it, because it won’t be available long. Na’vi River Journey is much easier to get, but those spots will fill up early as well.

2017-06-30
PaulaK
Previous: 10 Rookie Mistakes At Disney’s Hollywood Studios And How To Avoid Them
Next: Our 10 Favorite Treats At Walt Disney World