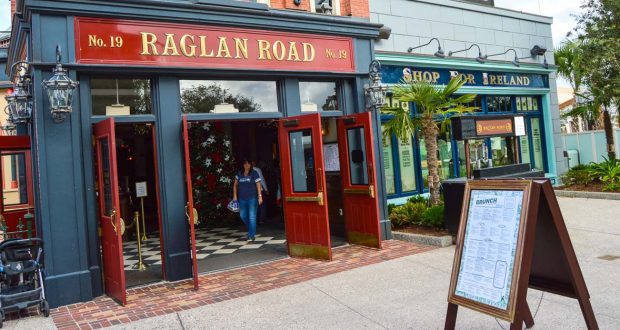 10 Best Restaurants At Walt Disney World For A Vegan Diet

Let me start this automatically with a disclaimer. I am not vegan. I’m vegetarian, and have been for the better part of two decades. My adult daughter (who is my constant Disney companion) is vegetarian and has a dairy allergy. When we’re at Walt Disney World (which is quite often because we’re local) we always order vegan because of her allergy. It’s easier that way.

That said, vegan dining is relatively easy at Walt Disney World. You don’t have to resign yourself to eating just salads and pizza without cheese. Most table service restaurants either have vegan options or dishes that can be converted. Counter service can be hit or miss. Veggie burgers are usually vegan, but there is sometimes dairy in the bun. The gluten-free bun is also dairy free, making that an option. More places are starting to include vegan cheese for pizza. Tofutti and Rice Dream are sold in many ice cream locations. Mickey Waffles can be made without animal products. Dole Whip, regular popcorn, and Mickey pretzels are all vegan. The food courts have vegan offerings as well. Vegan dining is indeed possible at Walt Disney World. Be prepared to ask a lot of questions, but if you’re vegan you’re used to doing that. When ordering at a quick service restaurant, you might want to ask to see the ingredient list. The allergy friendly menu can be confusing when it comes to vegan options.

Here are ten of the best restaurants or options for vegan meals. Unfortunately, Walt Disney World seems to change the vegan and vegetarian options fairly often, which is why I don’t always mention specific dishes. I’ve included options in all four theme parks, as well as some resort restaurants and Disney Springs. The water parks also have vegan options, just ask at the larger locations. An honorable mention goes to Erin McKenna’s Bakery at Disney Springs. They feature baked goods that are vegan, gluten-free, and kosher. The only reason they didn’t make this list is because they don’t offer full meals, unless you want to make a full meal out of vegan donuts. There are plenty of other restaurants that also serve a good selection of vegan dishes. Vegan dining at Walt Disney World has gotten that easy.

Ale & Compass Restaurant is part of the recent renovation at Disney’s Yacht Club, and their breakfast menu is a hit with vegans. Many are raving about the Breakfast Protein Bowl. It contains tofu scramble, quinoa, sweet potatoes, vegan sausage, and more. It’s a filling way to get ready for the theme parks.

At a first glance at the menu, Raglan Road doesn’t seem like the best choice for vegans. Talk to your server, because there are other options. The Big Q (it’s a quinoa burger) can be made without cheese. It’s huge. Don’t just order Raglan Risotto without chicken or shrimp, the broth isn’t vegan. They can make it with vegetable broth, so make sure you ask for a vegan version.

Beyond Meat is a company that is getting lots of love from those who follow plant based diets, as well as those who have been told to cut back on the beef. Beyond Burgers have the texture and taste of meat burgers, they’re even slightly pink on the inside. Beyond Burgers have popped up at several places at Walt Disney World, including Liberty Inn at Epcot, Sassagoula Floatworks and Food Factory at Disney’s Port Orleans Resort – French Quarter, and Landscape of Flavors at Disney’s Art of Animation Resort. The second two might also offer vegan cheese. It’s never listed as Beyond Burger on the menu, it’s usually something along the lines of “plant based burger”. With the popularity of the item, here’s hoping that Beyond Burger will be available in more places soon.

It didn’t take long for Blaze to become a vegan favorite. The food is fast and affordable, and no one will look at you funny if you ask for vegan cheese. You can pile on the veggies and enjoy pizza the way that you used to. When you order a pizza with vegan cheese, they’ll ask if you want them to use clean gloves. “CG” will then be written on your order to avoid cross contamination.

If you’re looking at menus, it might seem like Disney’s Hollywood Studios isn’t very vegan friendly. That’s not the case at all, you just need to ask what is available for you. Here’s a tip, both 50’s Prime Time Cafe and Sci-Fi Dine-In Theater can make vegan shakes if they have the ingredients. For a special meal, try The Hollywood Brown Derby. The menu lists Vegetarian Pho, but the dish is vegan. This delicious choice comes with spring rolls and dipping sauce. If you long for Our Famous Cobb Salad, ask for a vegan version. It might be missing a few ingredients, but you’ll still get the essence of the dish.

It’s always nice when you don’t have to ask a lot of questions when ordering. At Sunshine Seasons, you can order Vegan Flatbread. It’s covered with zucchini, yellow squash, and tofu cheese. Another delicious option is Vegan Korma with Gardein Meatless Chik’n. It’s slightly spicy, and comes with cauliflower and other veggies. You can’t go wrong with either dish.

California Grill is not just a restaurant, it’s a destination. The food is fresh and creative, and the views of the Magic Kingdom can’t be beat. There are two decks where you can go outside to enjoy the view, or you might just want to look from your table. Fortunately, California Grill has not forgotten vegans. They offer a Vegetarian/Vegan Unplugged Dinner Menu. You’ll get to pick four items from the menu. The vegan options are clearly marked, and may include Crispy Tofu Steak and Vegan Fried Rice. If you didn’t time your meal to coincide with Happily Ever After at the Magic Kingdom, keep your receipt and return for an unforgettable view of the show.

Fast, filling, and delicious; that’s what you’ll experience at Pecos Bill Tall Tale Inn and Cafe. The quick service restaurant is a destination for vegetarians because there are so many options. Many of them can be vegan as well. A favorite among vegans is the Veggie Rice Bowl. Double check, because there is conflicting information on whether or not the yellow rice is made with chicken broth. White rice is available if you want to avoid the hassle. After you receive your food, hit the Topping Bar and load up on vegan goodies. That includes your weight in guacamole.

Tusker House Restaurant houses one of the largest buffets at Walt Disney World. There are plenty of vegan options available for all three meals. If you aren’t sure what you can and can’t eat, ask a Cast Member and he or she will get someone in the know to walk through the buffet with you. Tusker House offers more than just food, it is also a character meal. Donald is your host, and other characters could include Mickey and Daisy. You’ll leave full, satisfied, and with lots of pictures to add to social media.

Trails’ End Restaurant is a buffet, but the vegan options aren’t on the buffet. They’re prepared specially for you. You may end up with several courses that could include nachos, soup, grilled tofu with vegetables, samosas, smoked tomato and watermelon salad, and more. A dessert tower often ends the meal.