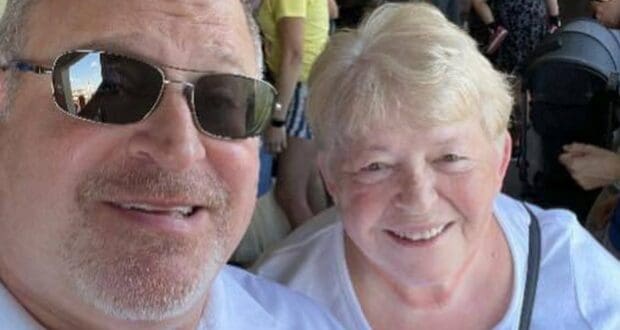 “I had been to amusement parks before but nothing like that.”

These are the words from Florida resident Susan Kroll when she thinks back about the opening day of Magic Kingdom in October 1971. At the time, Susan and her husband were living in Buffalo, New York, but they had traveled to Florida to visit family along with their one-year-old son, Bill. She just couldn’t wait to go again with her son for the 50th anniversary. 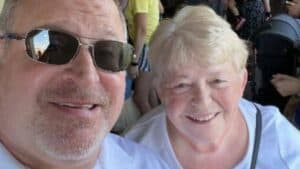 Lucky Susan–she just happened to be in Florida the day Walt Disney World opened to the public. She was one of the nearly 11,000 Guests who first visited Disney’s central Florida park that day.

“I couldn’t even believe how beautiful it was,” she reminisces. “Everybody that was there was just fascinated with the whole place; everyone was very excited to be there.”

Susan visited Disney World that day with her family. Little Bill was there for the momentous day as well, but he says he’s too young to remember anything about the day.

Susan says he was very excited to see all the sights that went along with such an occasion. It was a little like the way Bill acted over the weekend when the two visited Magic Kingdom to celebrate the 50th anniversary. Susan frequents the parks, but Bill, though he lives in Orlando, hasn’t been to Disney World in a long time.

“My first impression turning down Main Street was how beautiful the castle looked all painted and ready for the 50th,” Bill explains. “I’ve been to the parks hundreds of times as a Guest and a seasonal employee as a teenager, but I’ve never stopped being amazed at the genius, creativity, passion, and excellence that Walt started and the employees and leaders have carried on.” 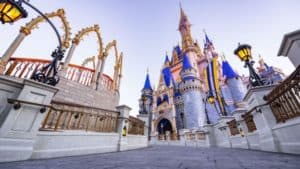 The highlight of the day for the Mother-son duo was the time they took to recapture and recreate a memory from 50 years ago. On opening day at Disney World, Susan was sure to have her picture made with her infant son, and during this celebratory visit, she wanted to do it all over again, so the two headed for the castle and stood for a photo in the exact same spot where Susan had stood 50 years ago while she held Bill in her arms. 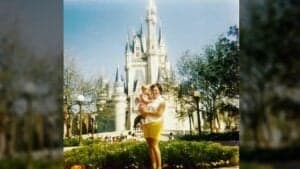 We think we can see some similarities! 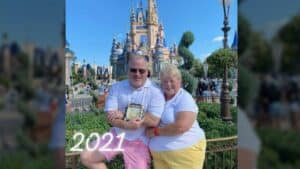 After recreating the special moment, Susan and Bill continued their day and celebrated Disney’s 50th by grabbing a popcorn bucket and just enjoying watching others as they passed by, planning their celebratory days as well. 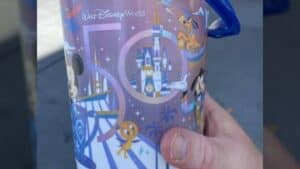 Susan says she has plans to be in the parks two more times this week with friends. She’s going once with her friends and another time with her grandchildren.

RELATED: Check out Disney’s best 50th anniversary celebration videos and see which one we liked best!

2021-10-04
+Becky Burkett
Previous: Queue the Entertainment! The Best Queues to Wait On in Walt Disney World
Next: Review of Disney Enchantment at Magic Kingdom