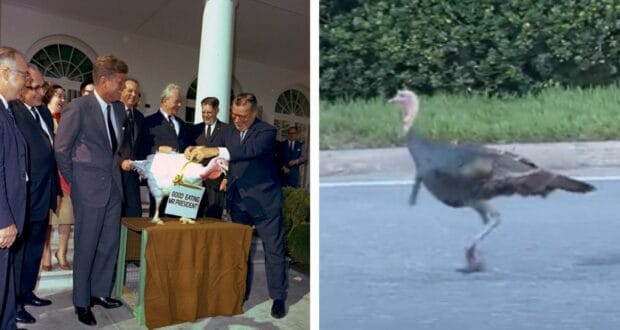 Wild turkey on the lam at Disney World just before Thanksgiving; we’re thinking he didn’t get a pardon

On November 26, 1941–some 80 years ago–it was President Franklin Delano Roosevelt who declared once and for all that the fourth Thursday of the month of November would be Thanksgiving Day, and it’s been that way ever since.

RELATED: A first look at President Biden at the Hall of Presidents attraction at Magic Kingdom

Twenty-two years later on November 19, 1963, just before his fateful trip to Dallas, Texas, President John F. Kennedy took the Presidential influence on the Thanksgiving holiday to another level by conducting the first pardoning of a turkey before Thanksgiving. 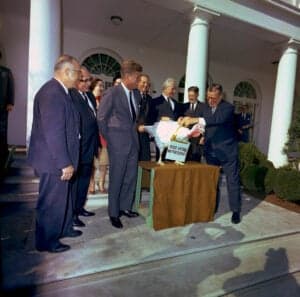 Though some have credited President Lincoln and President Truman with the first pardon, it was actually Kennedy who was first. Mr. Lincoln and Mr. Truman both received turkeys as gifts while in office during the holiday, but neither pardoned the poor birds. 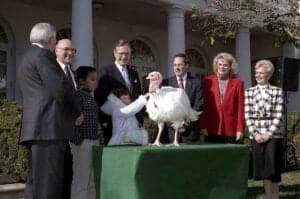 A wild turkey seen trotting along the road at Walt Disney World by @TPMVids the day before Thanksgiving looks like he heard about the Presidential Pardon and was hoping to have been blessed with the honor himself. Perhaps when he discovered he wasn’t receiving a pardon, he decided to just start running. We aren’t too sure.

Why there would be a wild turkey loose on the streets at Walt Disney World, we’ll never know. But we’re thinking he was on the lam because he wasn’t pardoned. Poor guy; he looks like he’s just sure he’s going to be caught and eaten!

Nothing gets you ready for thanksgiving week like a wild turkey running down the streets of Walt Disney World 🦃 pic.twitter.com/NVc2dn5ilD

The day before Thanksgiving, this wild turkey was caught on video, seemingly running for his life. Or maybe he’s just walking swiftly. Like the caption says, “nothing gets you ready for Thanksgiving week like a wild turkey running down the streets of Walt Disney World.”

RELATED: Baby Yoda will take to the skies during the Macy’s Thanksgiving Day Parade

It’s unclear from the video and caption where inside the Walt Disney World Resort the rogue turkey was caught carrying out his very own turkey trot, but we can tell it’s an area where vehicles are permitted to drive. As you can tell from the video, the camera is being held by someone inside a moving vehicle as it moves past the probably terrified bird. 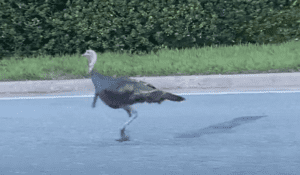 Here’s hoping your Thanksgiving was a blessed one with food, family, friends, and fun!

2021-11-27
+Becky Burkett
Previous: Cinderella Castle, a lovely liar: another castle in Central Florida stood 100 years before she did
Next: A trio of toddlers totally titillated and tickled, taking turns twisting at the teacups