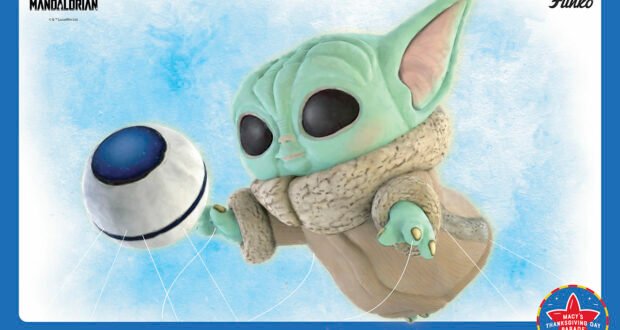 ‘A whole lot of cuteness above NYC’: Baby Yoda gets big, will soar over the city on Thanksgiving Day

Baby Yoda, aka “Grogu,” has grown quite a lot since we last saw him on the final episode of Season 2 of Jon Favreau’s The Mandalorian. 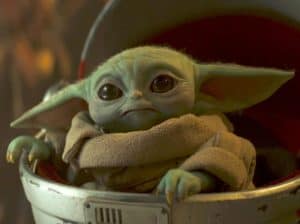 For the first time ever, a Star Wars-inspired jumbo balloon will be part of the Macy’s Thanksgiving Day Parade this year–its 95th year of celebrating on Thanksgiving morning!

As part of a collaboration between Macy’s and Funko, Grogu will make his New York debut on November 25 as a giant, larger-than-life balloon, setting off the celebration of Baby Yoda’s brand-new Pop! line of collectibles. 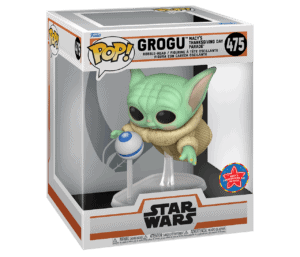 Baby Yoda’s new Funko Pop! is collectible #475 and collectible it is! The box even features a logo from the Macy’s Thanksgiving Day Parade.

“We’re no strangers to the thrill of translating Star Wars characters into the Pop! form,” explains Funko art director and designer of the Grogu-inspired Funko pieces, Reis O’Brien. “Thanks to the strong creative relationship with Lucasfilm, we knew we could develop a fun, charming, and iconic moment.”

O’Brien and his team are used to constructing small Funko likenesses, so Grogu’s likeness in a balloon that measures 41 feet high, 29 feet long, and 37 feet wide presented challenges of its very own.

“His giant ears were an unexpected challenge,” O’Brien said, “but once we finally got a peek at the final result, we knew that all of our hard work and collaboration has paid off.”

“There’s going to be a whole lot of cuteness floating above the streets of New York City come Thanksgiving morning.” 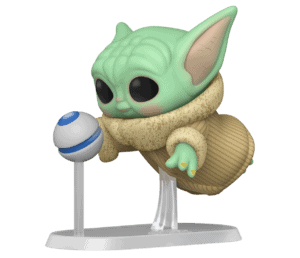 The exclusive new line of Funko Pop! Grogus will also feature bobbleheads, deluxe bobbleheads, keychains and even apparel, all based on the massive balloon in the likeness of the tiny creature. 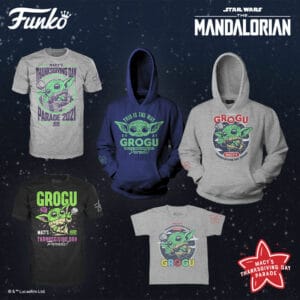 You can catch Grogu in his larger-than-life form on Thursday, November 25, from 9:00 a.m. to noon (all time zones) on NBC.