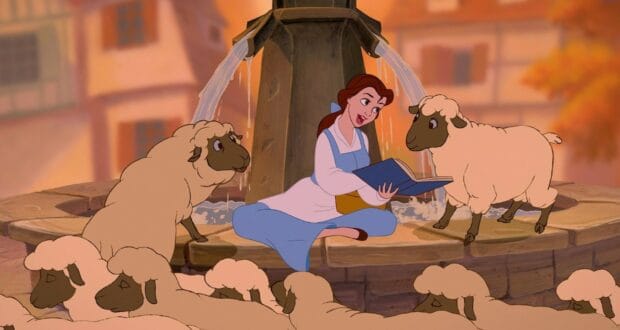 Walt Disney’s dream of what is now Walt Disney World and the Disney corporation all started with something really simple: a story. Everything he did was the result of the desire to tell an incredible story. And he always succeeded. One thing that we love about being in Disney World is the clear commitment to storytelling. Everything is so detailed in the parks. From the animal footprints inserted into the concrete pathways of Animal Kingdom to the “Elias Construction” window sign on Main Street, U.S.A. in Magic Kingdom, it all continues the story. And by visiting, Guests become a part of that story. We are always in awe of the ways Disney draws on classic stories and classic literature in its rides, attractions, and park design. Take a look at the literary influences found in each of the four parks! 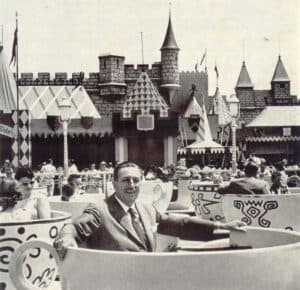 Lewis Carroll’s Alice’s Adventures in Wonderland is one of the most well-known and beloved books in literature. Disney certainly helped to make it what it is with its 1951 animated film. We love paying homage to Carroll and this incredible book when we ride the Mad Tea Party in the Magic Kingdom! Everyone loves the teacups. They’re just classic. 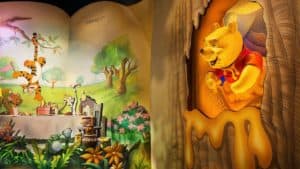 Thank goodness for A.A. Milne. What would the world be without Winnie the Pooh? We’re so glad that Pooh can be found all over the Walt Disney World Resort, but the place dedicated just for Pooh is in Magic Kingdom. The ride “The Many Adventures of Winnie the Pooh” is generally thought of as more of a children’s ride, with its outdoor play area and queue activities. But for the literary lovers, we just adore seeing the ways that Disney has incorporated the books into this ride.

The United Kingdom Pavilion in EPCOT is a literary lover’s dream. So much great literature has come out of the United Kingdom, so it only makes sense that Disney would pay homage to it in this section of the park. From the William Shakespeare garden to the hidden Robin Hood murals, to Mary Poppins’ occasional appearances, this spot has it all. 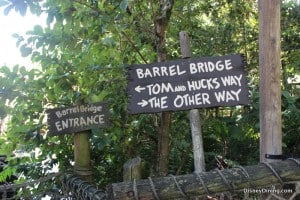 We love Tom Sawyer Island in Magic Kingdom because it’s like stepping into a Mark Twain novel. Disney brought to life the world of Tom and Huck Finn for us to explore. This is such a fun area for kids to just run wild for a little bit, and it’s a great spot for adults to relax. It’s also perfect for literary lovers to get sucked into these incredible books. 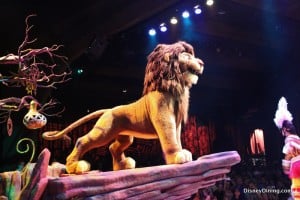 Festival of the Lion King

Everyone loves The Lion King, but literary lovers appreciate it for its Shakespearean parallels. The Lion King is basically an animated version of Hamlet with lions. It’s true! Gotta love Shakespeare. We’re sure this is not what he had in mind when he wrote about the Prince of Denmark, but we’re glad Disney ran with it! The Festival of the Lion King in Animal Kingdom is a fantastic celebration of this movie and of the book!

Belle’s Cottage in Fantasyland in Magic Kingdom is technically just the waiting area for the attraction “Enchanted Tales with Belle,” but we still geek out over it! We especially love this area because it doesn’t feel cartoony. It just feels like walking into a French cottage. There are so many little nods to French literature and literature in general in the cottage. Belle and her mom were literary lovers, after all. We would love to live here! 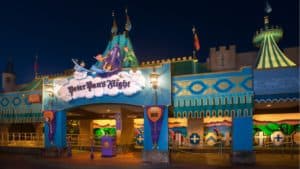 When you think about all of the movies, TV shows, books, plays, statues, and even rides that are based on Peter Pan, it feels staggering. J.M. Barrie’s simple little story about a boy who never grew up is now one of the most beloved stories in the world. Peter Pan’s Flight ride in Magic Kingdom is such a fun peek into the story. We love soaring over this literary masterpiece!

We all love that street rat! But Aladdin did not originate at Disney. In fact, the story of Aladdin is an old Middle Eastern folk tale. Although it was not published in the original version, the story of Aladdin was added to The Book of One Thousand and One Nights by Antoine Galland and was based on a story he heard from Hanna Diyab. We love the way that stories evolve and get passed down. And we especially love the crucial way that Disney allows that to happen for so many generations of story lovers. 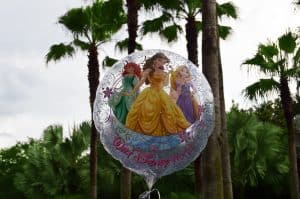 So many of Disney’s famous princess cartoons came from old fairytales, like the Brothers Grimm, Charles Perrault, Hans Christian Anderson, and old fables. We can thank these old fairytales for Cinderella, Frozen, Sleeping Beauty, Beauty and the Beast and so many more! We’re grateful that Disney turned these stories into something more accessible for kids and families, but they all started as old books!