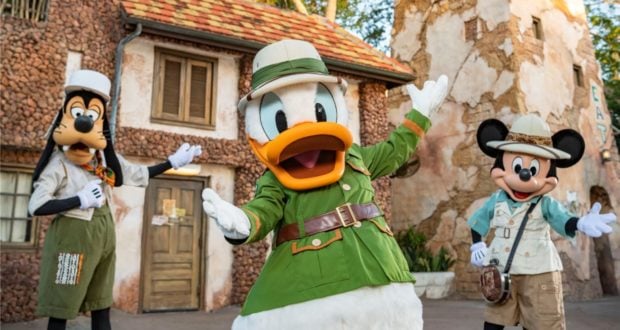 What to Expect From Disney World Character Dining Right Now

At this point, Disney World character dining has been back for a while (and more and more character meals become available as time goes on). We’ve had the pleasure of enjoying a few different character dining experiences since the reopening, and we have to say, Walt Disney World is doing a marvelous job keeping the magic alive. That said, there are some things that have changed about Disney character dining. 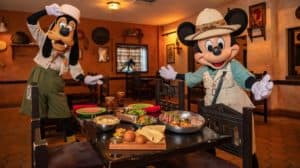 Changes are to be expected, of course, but many people don’t know what sorts of changes to expect. This can lead many Disney park-goers to skip booking character meals at all, especially since the Disney Dining plan isn’t an option, meaning they must pay out of pocket. In our opinion, this isn’t the best course of action.

But where do you learn about what to expect from the current Disney character meals? Right here, of course! Below, we’ve outlined what we have experienced at character meals since the reopening. 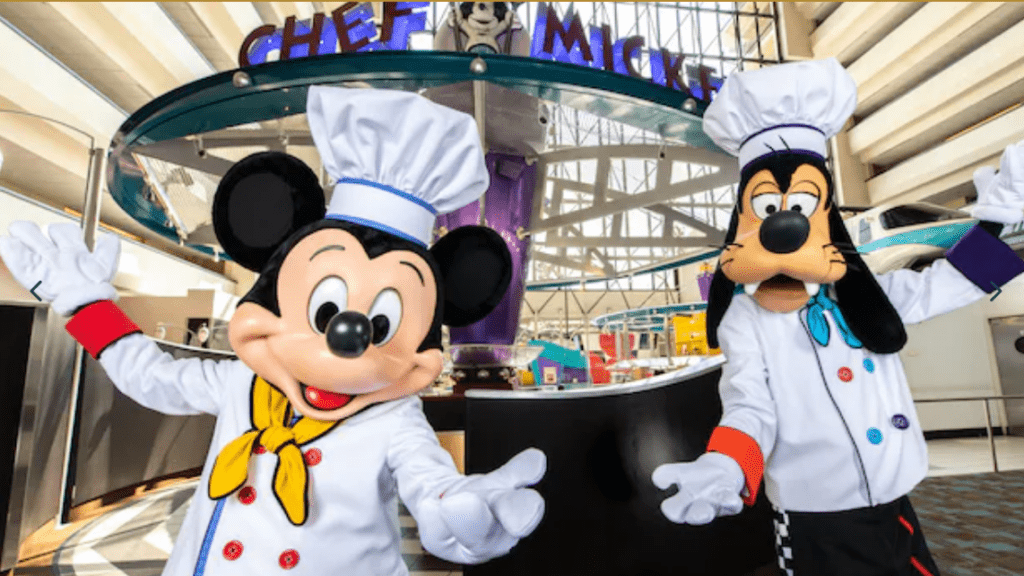 There once was a time when Disney World restaurants would be packed to the gills in an effort to accommodate everyone. Unfortunately, this is not safe to do right now.

Tables are spread much farther apart. This leads to less available seating, which in turn leads to fewer reservations. This — combined with the fact that there are a limited number of character dining experiences currently available — means snagging a reservation for one of these meals can be difficult.

We recommend trying your luck at 6:00 AM eastern time as soon as your booking window opens. If you don’t manage to snag one, then there are a few other things you can try to get the Disney dining reservations you want.

Not sure what your options are? Currently, available character meals include: 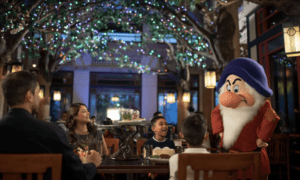 Many of the Walt Disney World Resort character meals used to be buffets. This was great in some ways, as it meant you could pick and choose your favorite foods and you didn’t have to wait for it to be brought out. That said, we didn’t appreciate having to fetch our own food, especially when it meant missing out on a character greeting.

Since the reopening of Walt Disney World, these character buffets have disappeared (though some non-character buffets such as Crystal Palace in Magic Kingdom have returned). This is definitely a measure taken to keep germs from spreading. However, we actually appreciate it, as it means we never miss a character greeting. On top of that, many of the character meals are served family-style, so you still get as much food as you like, you just have to ask for it. 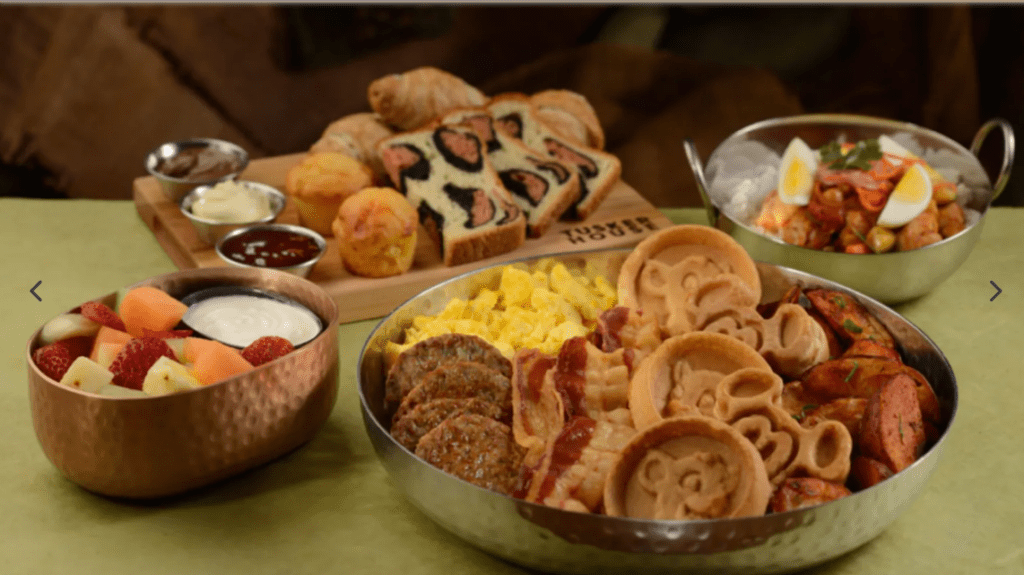 The number one requirement for any Disney dining experience to be considered a character meal is, of course, characters, and the current Walt Disney World character meals do have characters. That said, because of the need for social distancing, the interactions are a bit different than they have been in the past.

Don’t worry, characters still come by at very regular intervals. They also stop at each table for one-on-one interactions such as waving, dancing, blowing kisses, and posing for photos. They do always leave six feet of space between themselves and guests though. This means there are no hugs and no autographs at character meals at this time. 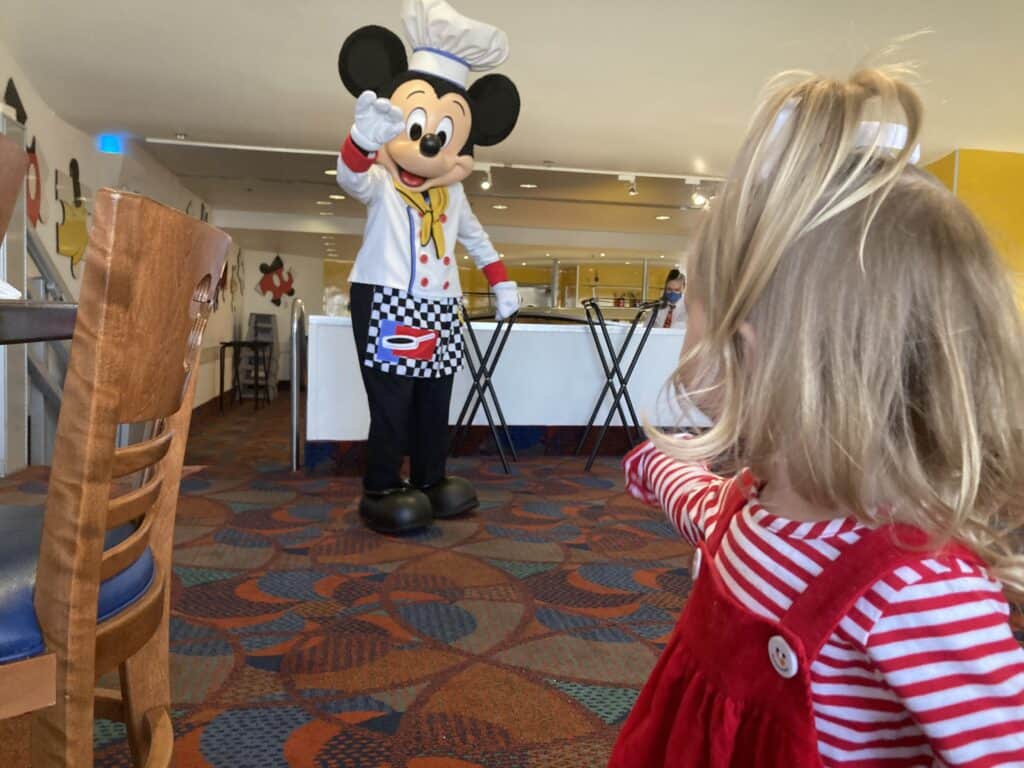 Image source: Wonder Wherever We Wander

Related: 7 Table-Service Restaurants We Know Your Toddler Will LOVE

One thing that hasn’t changed about the character dining experience options at Walt Disney World Resort? The excellent service.

The hosts and servers at these meals are always top-notch. They make conversation about your trip, chat with the little ones, and make sure everyone has food and drinks in front of them as quickly as possible. They are happy to fix things when they go wrong, and always ask if you’d like more of anything when it comes to family-style dining. 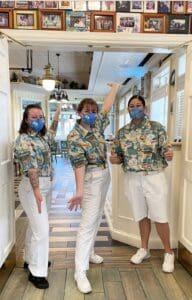 The menus at most Disney World character dining locations have changed a bit. That said, the staples and favorites still remain, and what is new is absolutely delicious. The quality of the food is still exceptional, and we’d even go so far as to say that some of the food we’ve recently tried at character meals is even better than what we’ve had in the past. 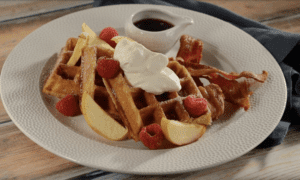 As always, the prices for these Disney World character meal experiences are high. In fact, you can expect to spend around $200 or more for a family of four to enjoy a Disney character breakfast, and more for dinner.

This is a lot of money, but we do feel it is worth paying for at least once during any Disney theme park vacation, especially if you have young children who love characters. After all, you’ve already spent thousands of dollars to be there. You might as well spend a couple hundred more and make some super special memories meeting tons of characters in a short period of time without waiting in lines.

We still feel character dining is worth doing, and as long as you manage your expectations as far as character interactions go, you can definitely have an awesome time.

character dining Disney Dining planning tips 2022-01-07
Chelsea Gonzales
Previous: This Weekend Is Your Last Chance to Ride Haunted Mansion Holiday
Next: How You Can Participate In This Year’s Wonderful Walk of Colorful Cuisine at Festival of the Arts