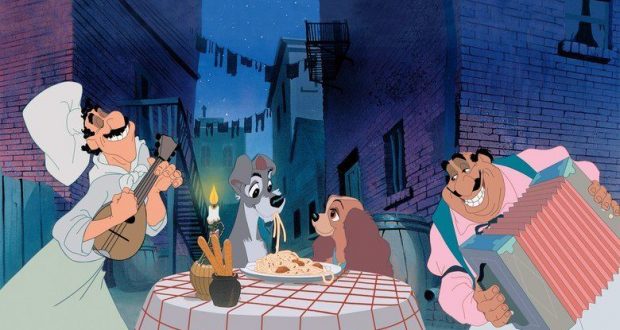 Want to Make Tony’s Famous Spaghetti? Here’s How to Do It!

When it comes to Disney movies, there are just some things that stick in your head. Maybe it’s a song — who hasn’t had “We Don’t Talk About Bruno” on a constant loop in their brains? Perhaps it is a beautiful scene — like when Miguel first crosses the bridge into the world of the dead. For many people, Disney animators create some of the most delicious food they’ve ever seen. People fantasized about the Grey Stuff so much that Disney actually created it — and Lumiere was right. It is delicious! 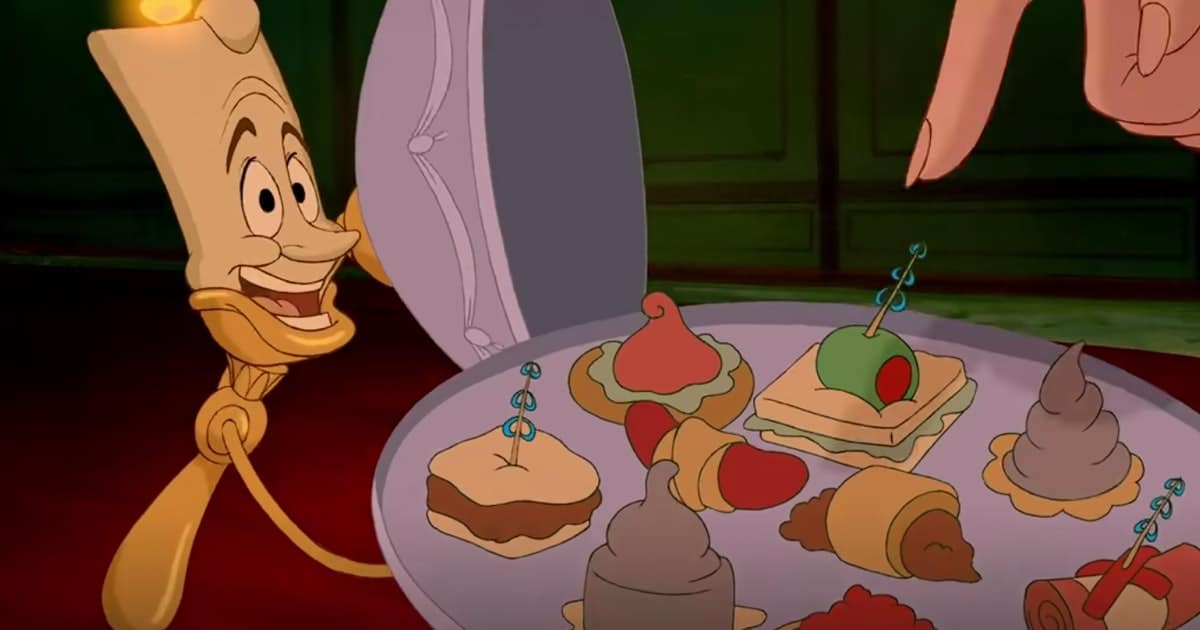 Disney also knows that not everyone can head to the Parks to get their scrumptious, movie-inspired food. Because of that, they will occasionally release recipes, so you can recreate magical Disney moments right from the comfort of your own home. Disney has told Guests how to make things, like the famous Grey Stuff, and they have now released another recipe from a classic Disney film. 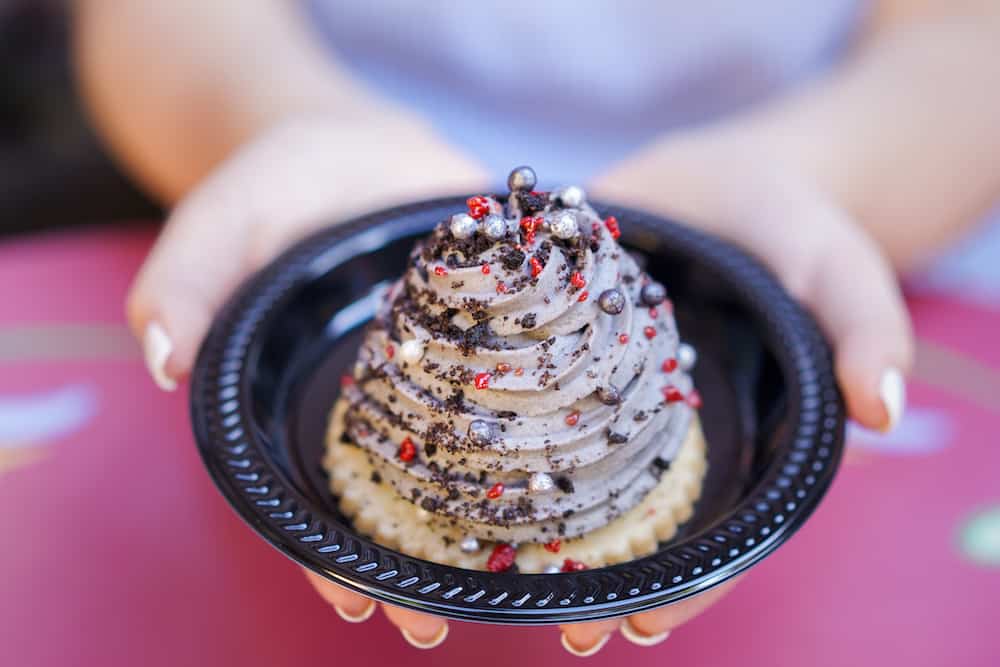 Lady and the Tramp came out in 1955 and fans were immediately enamored with the tale of two dogs who fall deeply in love with each other. One of the most famous scenes in the movie is the spaghetti scene. Tramp takes Lady out to dinner, and restaurateur Tony serves them a big plate of spaghetti and meatballs. The two enjoy the meal and seal the romance with an accidental nose kiss. 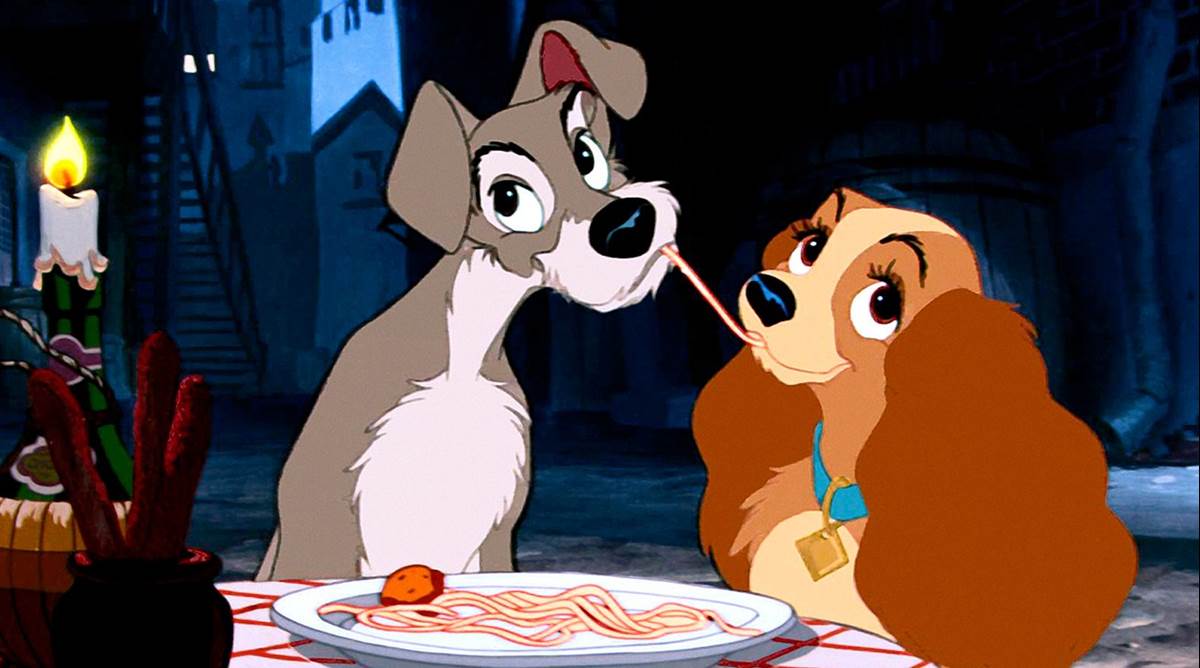 The spaghetti dinner in that scene looks all kinds of yummy, and Disney is sharing how you can make your very own Tony’s spaghetti and meatballs! Here’s how.

Let’s start off with the best part. Here’s what you will need: 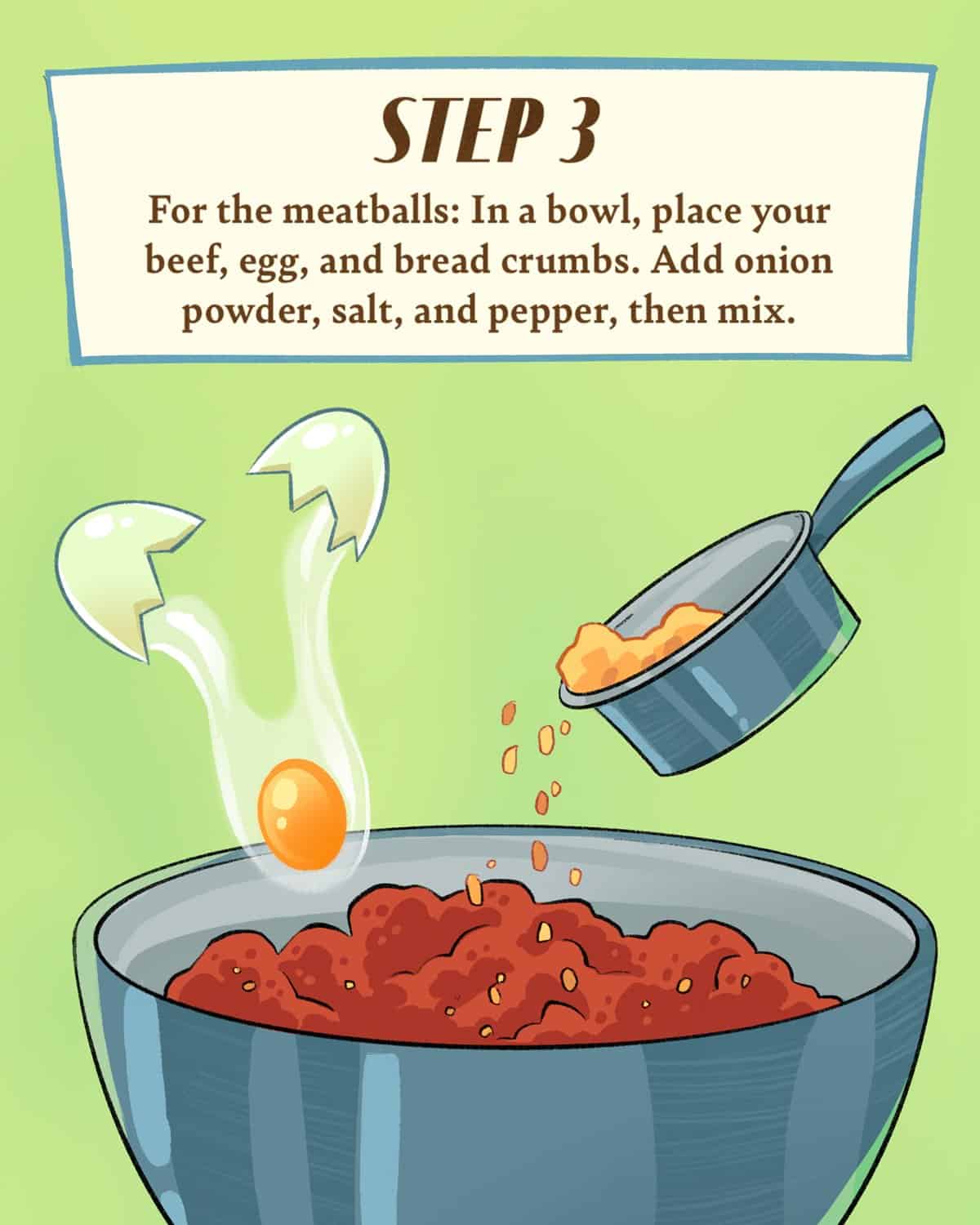 Take all of your ingredients and simply mix them together. Then roll them into balls and place them on a baking sheet. **Pro tip** Be careful not to overmix your ingredients. Mixing them too much will make the meat less tender. When all of your meatballs are on the baking sheet, stick them in an oven that has been preheated to 400°. Bake them until they are fully brown. 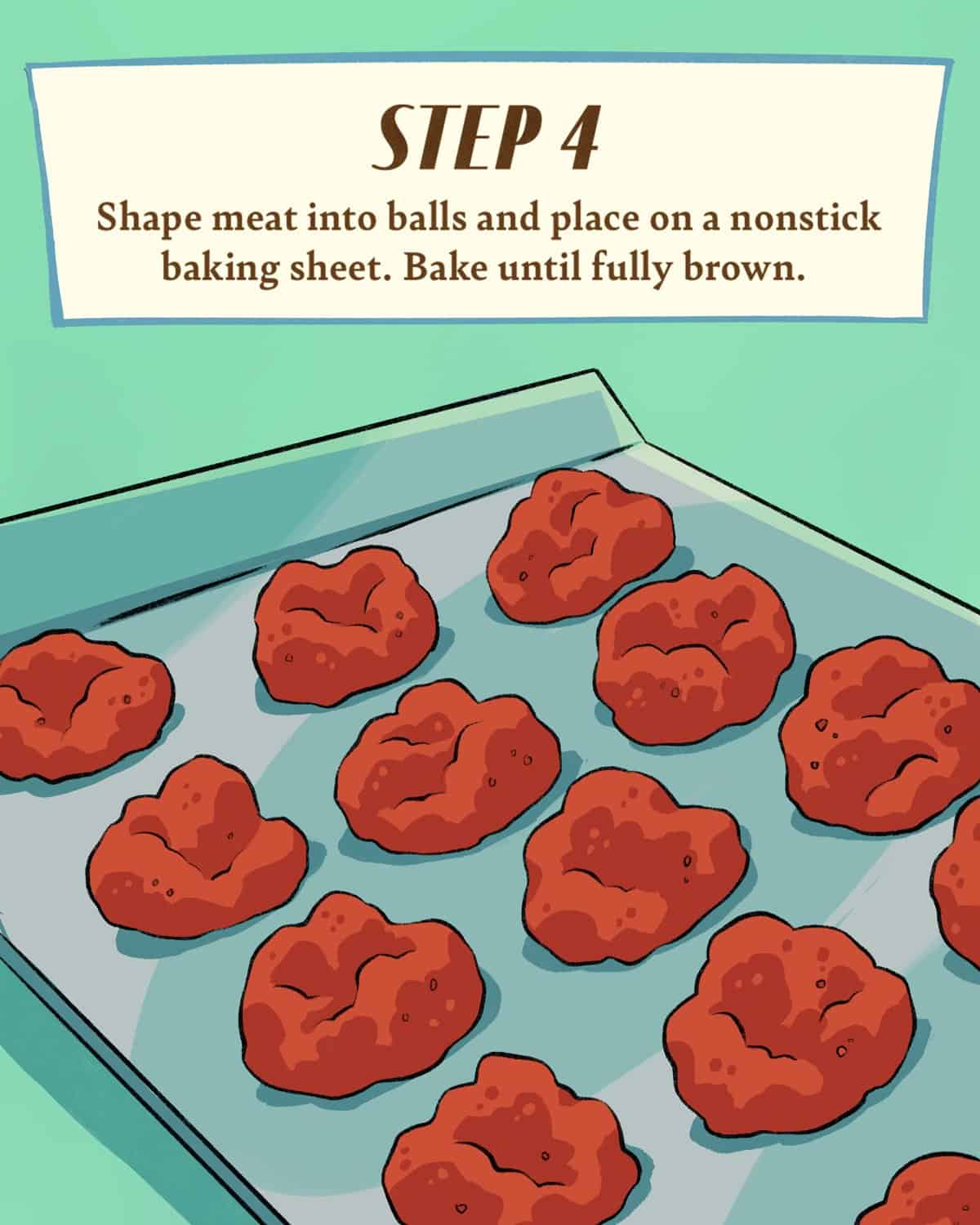 Meatballs and pasta are nothing without a really good sauce to cover them in. Here’s what you’ll need for the sauce.

Take your saucepan and turn your stove on medium-high heat. Pour in the olive oil and let it heat up for a minute. Then add your chopped onion and garlic and cook until they have softened — which usually takes about 5 minutes. Pour in the crushed tomatoes and oregano and bring everything to a simmer. 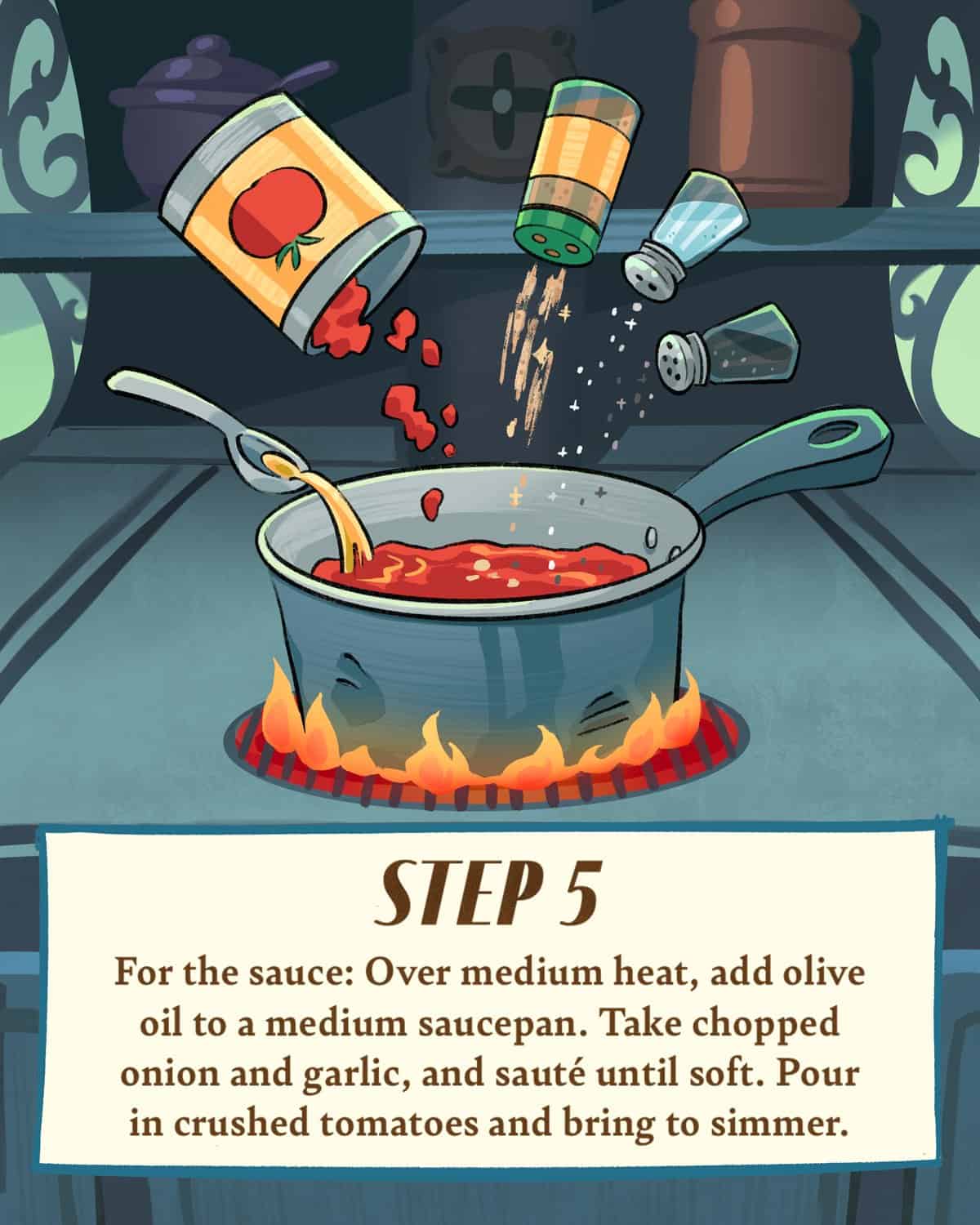 When it comes to your pasta, to each their own! You can use boxed or fresh, spaghetti or ziti, the choice is yours. If you are following the recipe to the letter, then go ahead and use spaghetti. Cook it according to package directions. Once your pasta is finished cooking, mix it with your simmering sauce. Then serve yourself a delicious plate and top with as many meatballs as you would like. 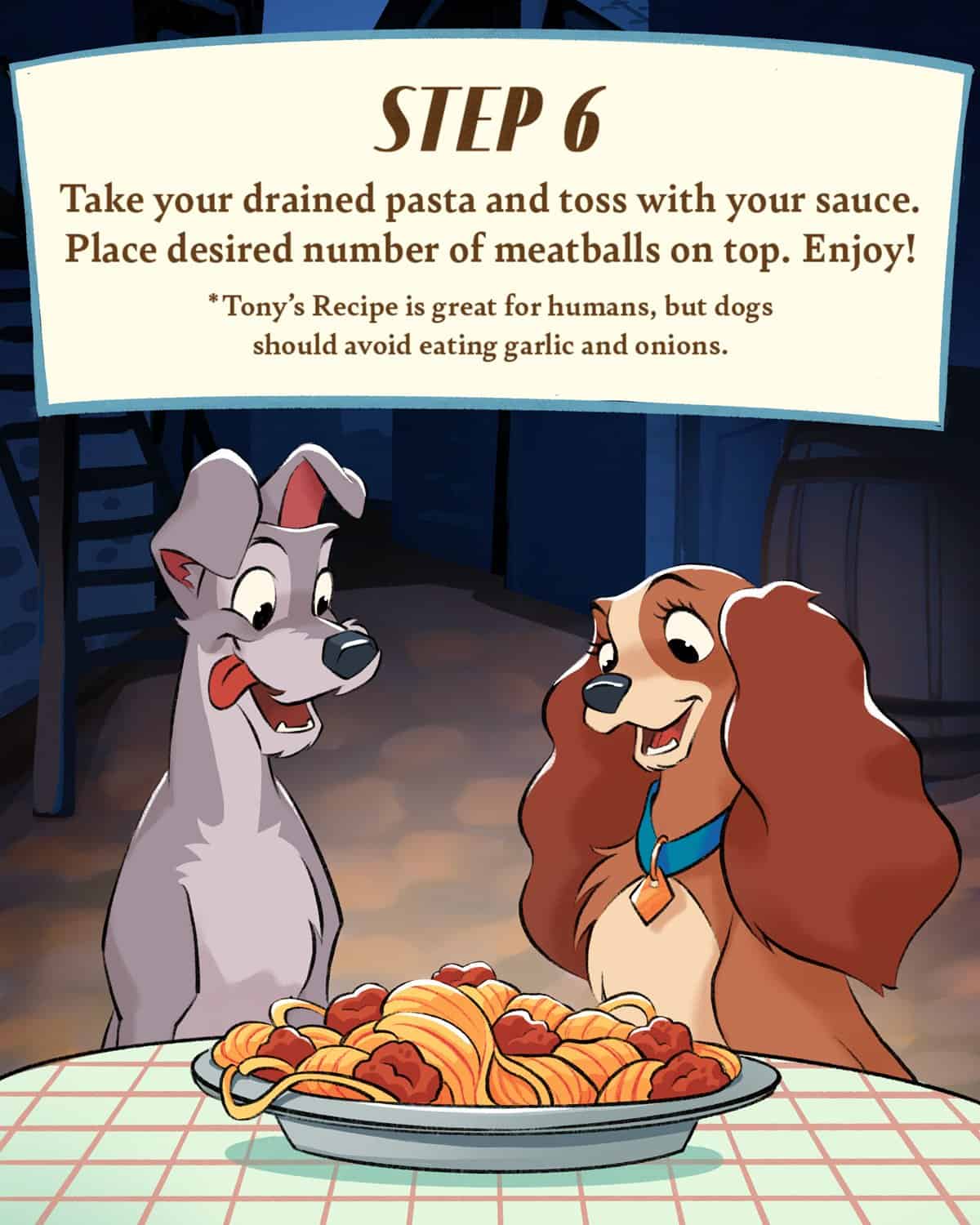 Buon appetite! Enjoy your meal and have a bella notte!

2022-02-11
Krysten Swensen
Previous: Buzz Lightyear is a racist, and PIXAR’s upcoming “Lightyear” movie has ruined fans’ childhoods, according to tweets about the new film
Next: Romantic Disney Movies to Watch With Your Valentine