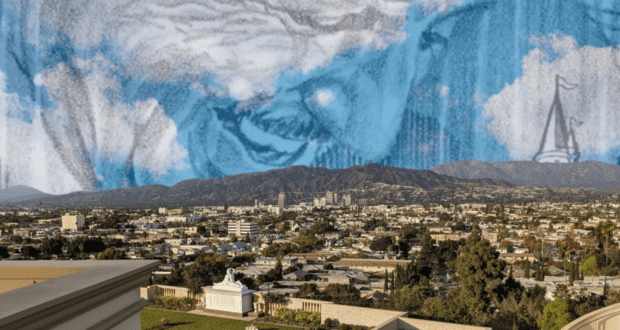 Fan-Favorite Disney Attraction Won’t Cost You a Park Ticket, and You Can’t Find it at a Disney Park

There are so many different rides and attractions at Disney Parks across the globe that it’s difficult for most fans to narrow down a list of their favorites to just one or two, but one very unique fan-favorite Disney attraction has drawn guests for more than 50 years now, and you won’t find it inside a Disney Park.

Walt Disney’s initial dream of a place where families could enjoy an experience together is the seed that grew into Disneyland Park in Anaheim, California, and his love for that dream, as well as his promise that “Disneyland would never be completed,” has served as the motivation for those who’ve come after him to keep that dream alive by continuing to expand Disney’s magic to another state and to other countries around the world.

Now, more than a half-century after Walt’s death, Disney has six theme park resorts, featuring a few of the same attractions, similar attractions, but with different takes on them, and some attractions only found at one or two parks. But no matter which one you visit, there’s just something about walking through the gates at a Disney Park that makes Guests feel a sense of joy, awe, and child-like wonder, all at once. RELATED: Walt Disney’s Untimely Death Led to a Company Cover-Up and Changed the Way Disney Movies are Made Forever

Walt had big plans and even bigger dreams. He’s quoted as saying, “if you can dream it, you can do it,” and while the jury’s still out on whether Walt coined the phrase, the saying is true–except that in Walt’s case, the story went, “If Walt could dream it, his big brother Roy could find a bank to fund it.”

But Disneyland was just the beginning. Walt loved his park, but he knew that the tiny tract of orange groves in Southern California would never be able to hold all that he had imagined for his park. Disneyland was landlocked then as it is today.

RELATED: The Walt Disney World Resort May Soon be Renamed

So when Walt chose the location for his next park, he intentionally bought up more land than he could possibly use. “Here in Florida,” he said, “we have something special we never enjoyed at Disneyland: the blessing of size. There’s enough land here to hold all the ideas and plans we can possibly imagine.”

But no one could have imagined that the famed visionary would die 5 years before his “Florida Project” ever took shape.

A Myth and a Mystery

Walt’s death rocked a nation of people who had grown to recognize his face and look forward to seeing him on television. His family was shaken. Those closest to him at work–including his faithful team of Imagineers–were devastated. Just when Walt’s visions were finally coming to fruition for others to enjoy, he was gone. 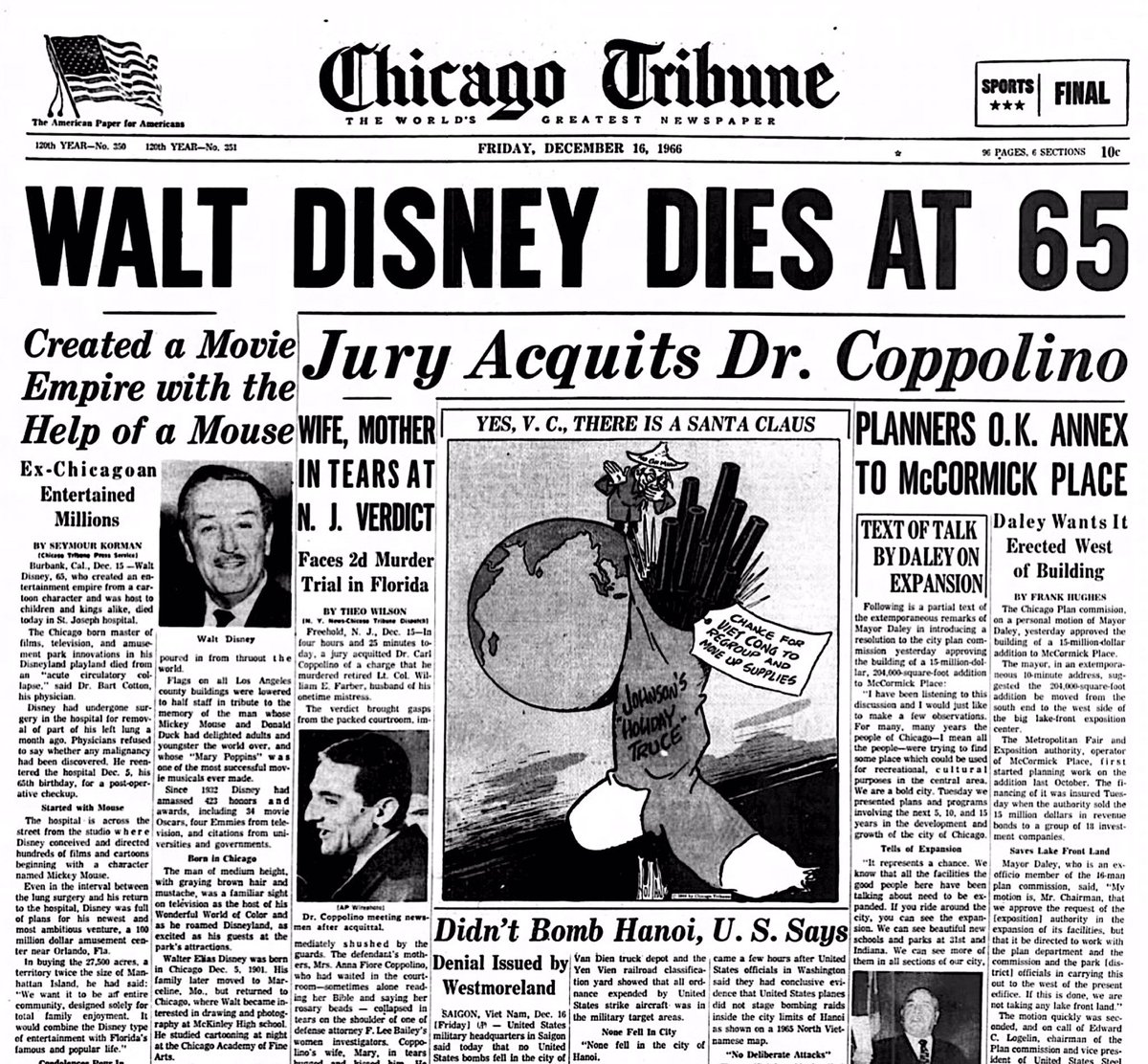 Almost immediately, rumors began to make the rounds about Walt’s body having been frozen–placed in cryogenic suspension–so that he could be “reanimated” or brought back to life, in the future, when medical advances might afford him a cure for his cancer so that he could live on. It was a mystery–why would anyone pass along the rumor with no evidence? 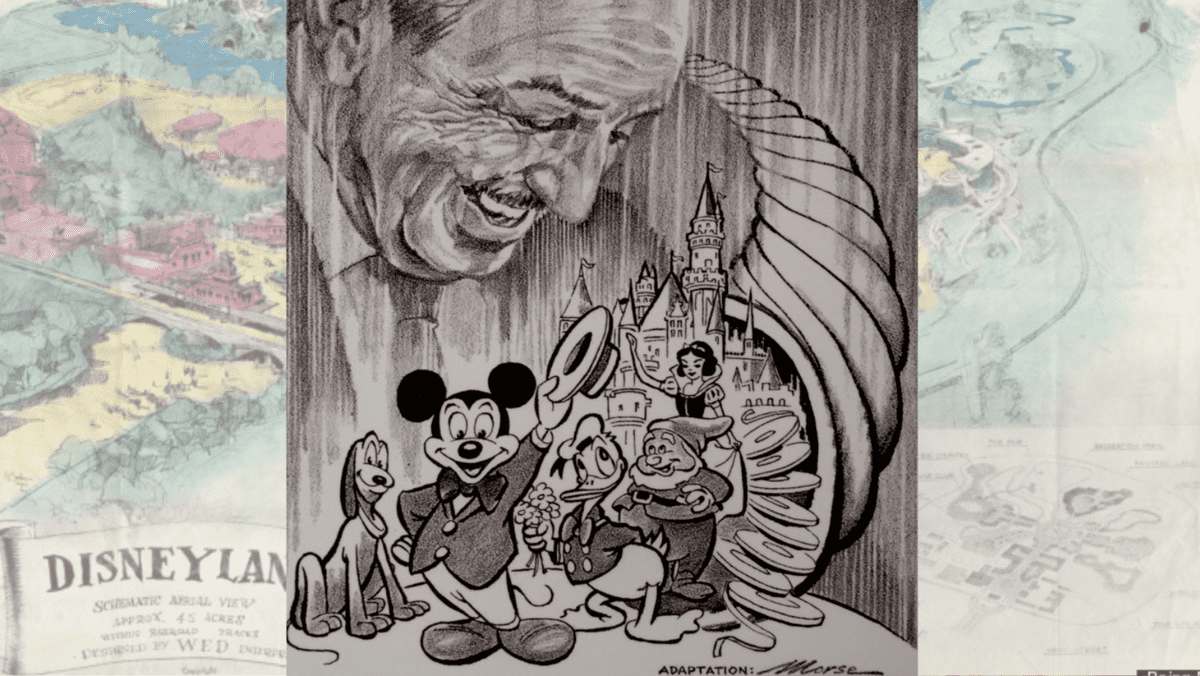 RELATED: We’re Busting Up an Age-Old Myth about One of Disney’s Most Iconic Figures Once and For All (Hopefully)

Perhaps they were perpetuated by some as a way of coping with the loss of a man who brought back to life that childhood sense of wonder, of awe, of make-believe. Perhaps some wanted to believe it was true–that there might be a chance of Walt Disney coming back to life–so that his dreams didn’t have to die as well.

As painful as it was, the terrible truth was that Walt Disney died shortly after 9:30 a.m. on Thursday, December 15, 1966, in his room at Providence Saint Joseph Medical Center in Burbank, California, across the street from Walt Disney Studios. He had just celebrated his 65th birthday.

The Los Angeles Times described Walt as “the one-time Missouri farm boy who for more than a quarter of a century created fantasies that made a troubled world laugh.” The highly-complimentary obit piece noted that “funeral services would be private.”

Walt’s body was cremated a day after his death, on December 16, 1966, and his death certificate says so. A funeral was conducted in his memory at the Little Church of the Flowers at Forest Lawn Memorial Park in Glendale, California, the day after his passing. 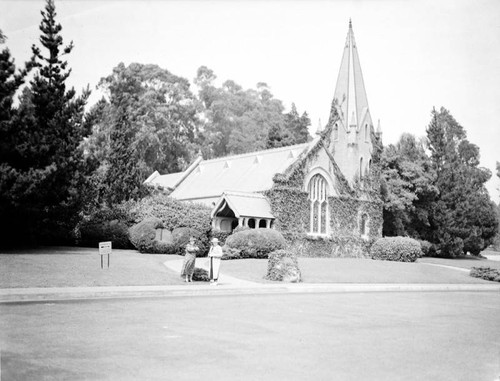 Little Church of the Flowers/Credit: Calisphere

Disney’s ashes weren’t immediately interred, as his burial plot was not purchased until September 1967, according to the book Wills of the Rich and Famous. And it’s Walt’s burial plot–his family interment property at Forest Lawn Cemetery in Glendale–that serves as one of the most famous Disney attractions on earth.

A Disney Attraction outside a Disney Park

While it isn’t located within the gates of a Disney Park, and it likely doesn’t bring guests joy and a sense of childhood wonder, over the past 56 years, Walt Disney’s burial property has become an attraction in its own right.

According to SFGate, visitors who ask where Walt’s grave is will get little more than a shrug of the shoulders from employees at Forest Lawn Memorial Park (though for $5, visitors are handed a map with the exact location of Judy Garland’s in the Hollywood Forever section of the park clearly marked.)

Walt Disney is just one of 350,000 whose remains have been interred at Forest Lawn Memorial Park in Glendale. His burial plot is located in the Court of Freedom section of the Garden of Freedom, Map #G43, at the Little Garden of Communion, a small private garden located to the left of the entrance to the Freedom Mausoleum (see below). 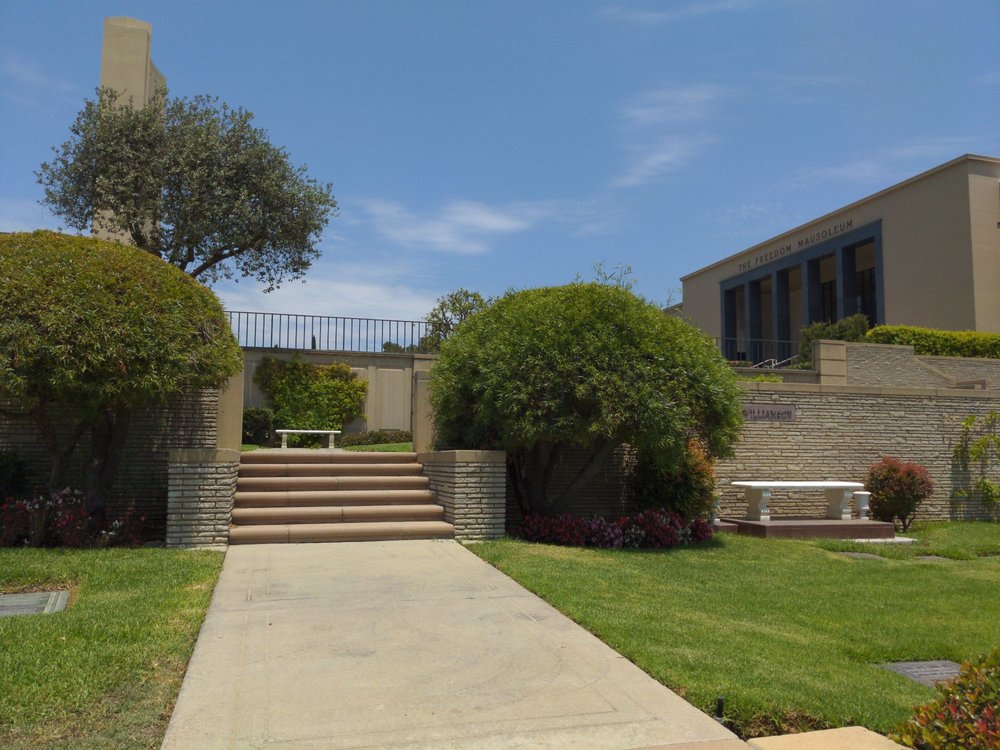 Steps leading up to the Freedom Mausoleum and Disney’s grave in the Court of Freedom/Credit: Marie-Angeline F.

To get to Walt’s garden, visitors must enter the memorial park grounds, located at 1712 South Glendale Avenue in Glendale. A map of the grounds shows the Freedom Mausoleum. Take the steps up to the mausoleum, and Walt’s grave is in a small garden to the left of the building, all the way in the corner. 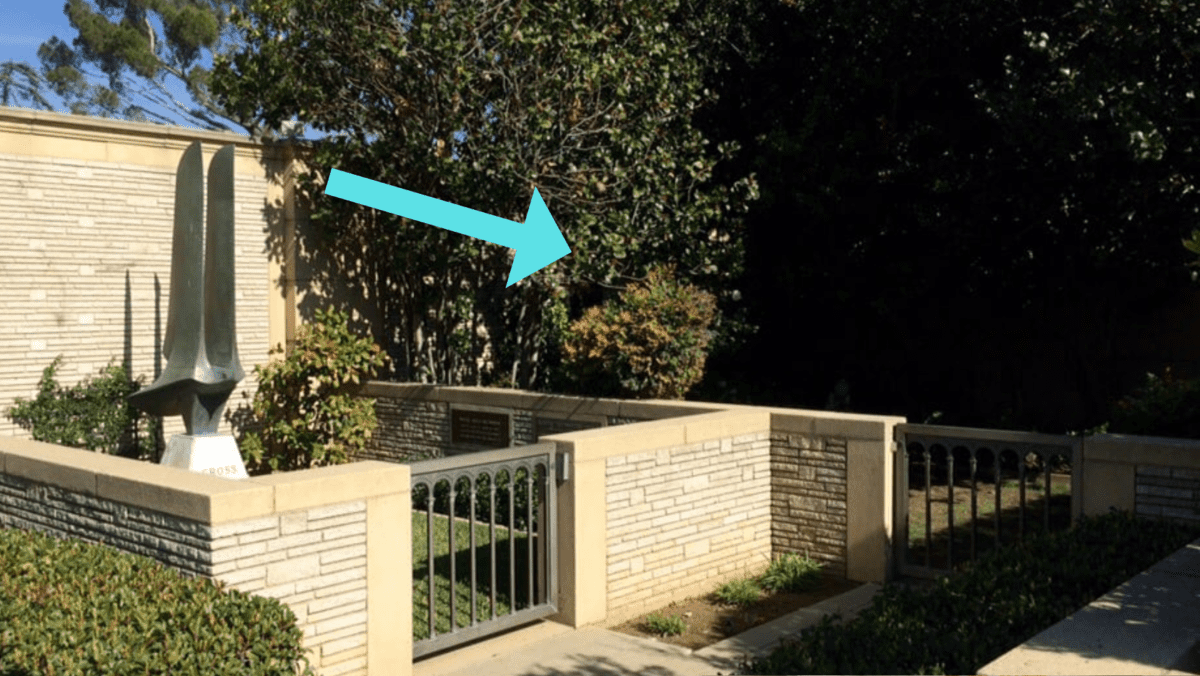 It features a small garden with a short gate and a sculpture of The Little Mermaid (not the 1989 version, though) near the garden. 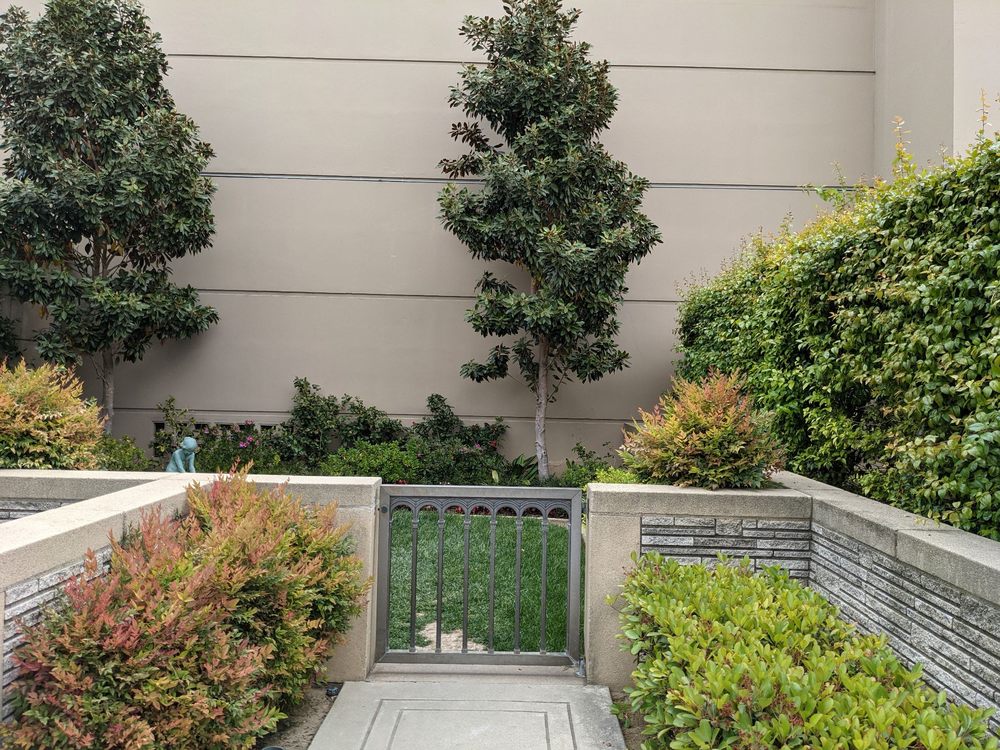 Walt’s interment site is visited so frequently over the years that the small gate that opens onto his plot has been broken. 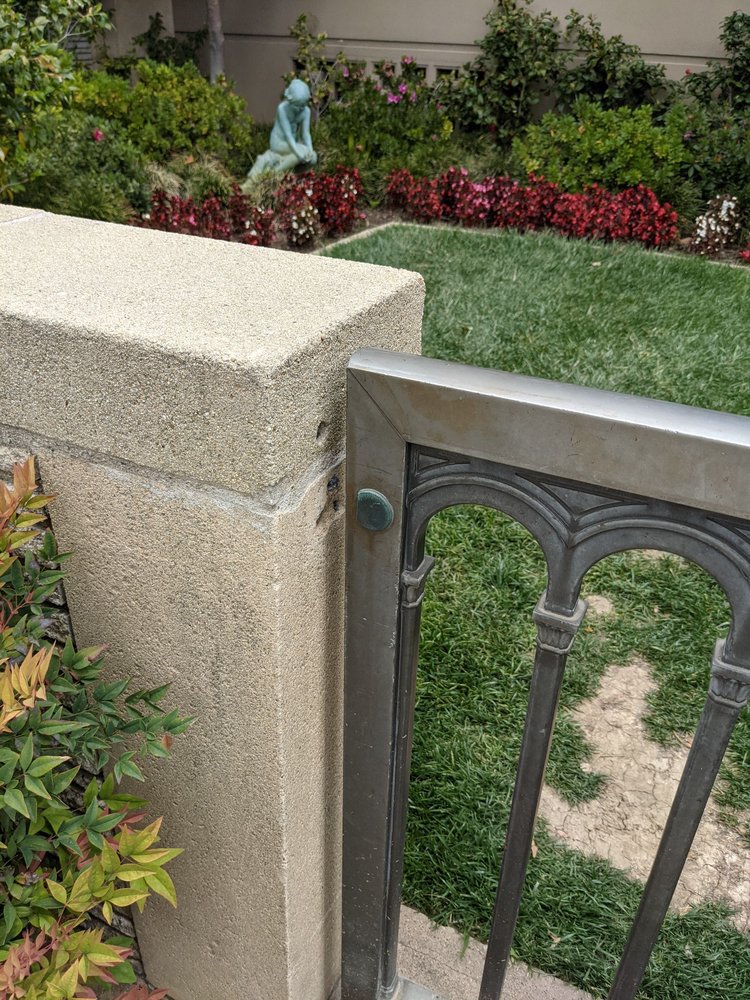 Walt’s grave is tucked away in a quiet corner away from the majority of the foot traffic on the grounds, in a plot lush with trees, shrubbery, plants, and flowers. His grave marker is affixed to the stone wall at the back of the site. 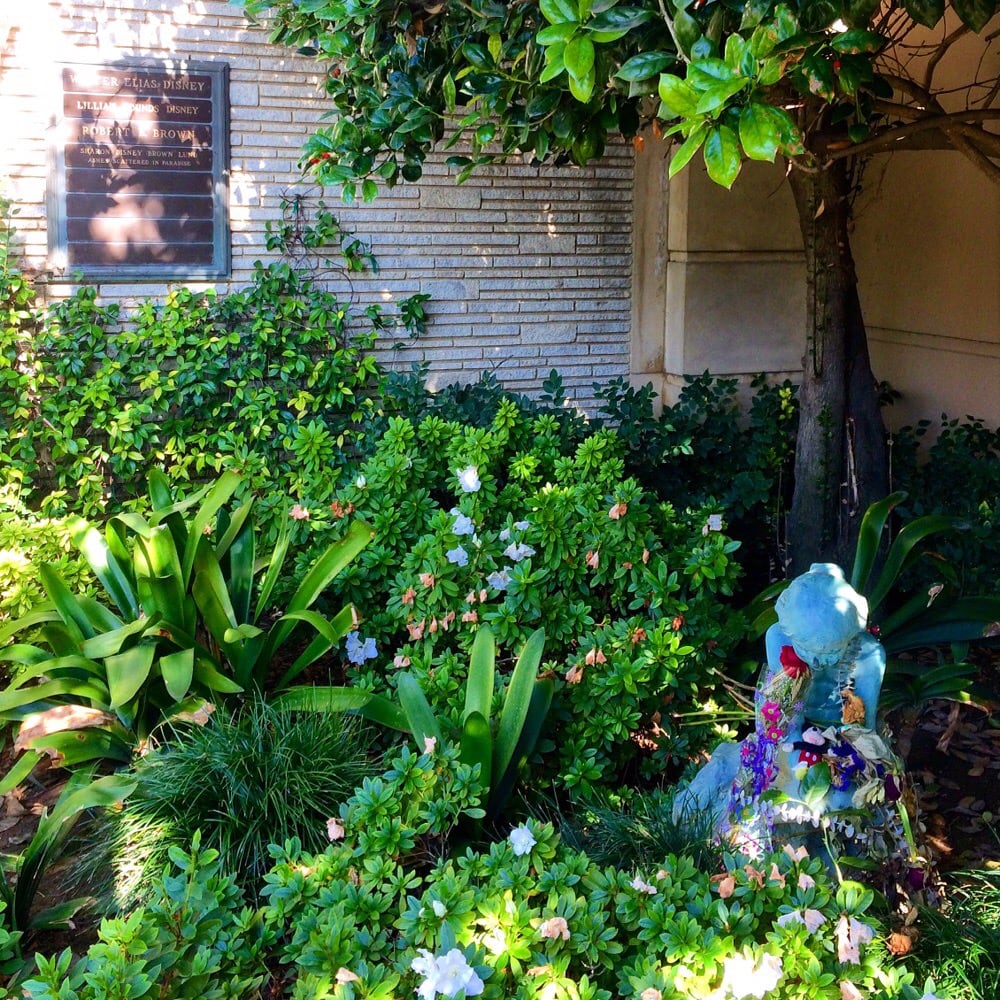 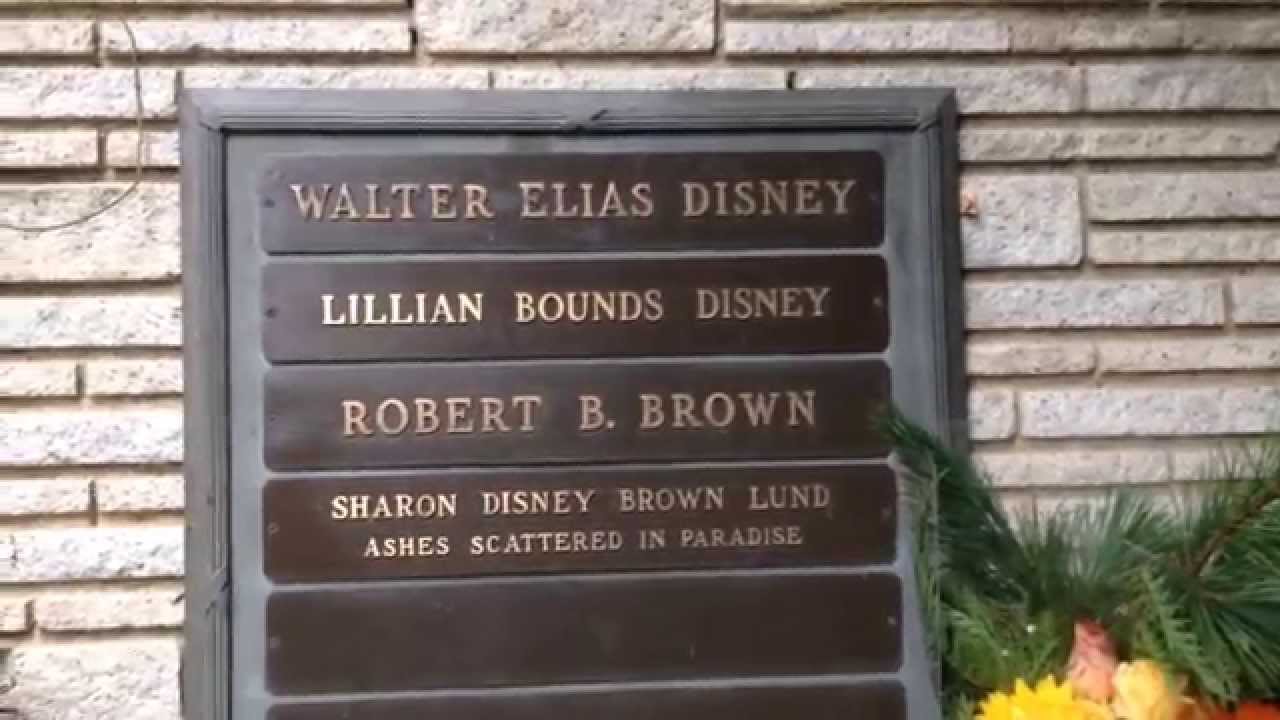 Visitors pay their respects all year long, and many bring small trinkets and gifts with which to adorn the site. It’s not uncommon to see small stuffed Mickey Mouse dolls, Snow White figurines, Mickey ear hats, silk flowers, balloons, and other gifts at the gravesite. 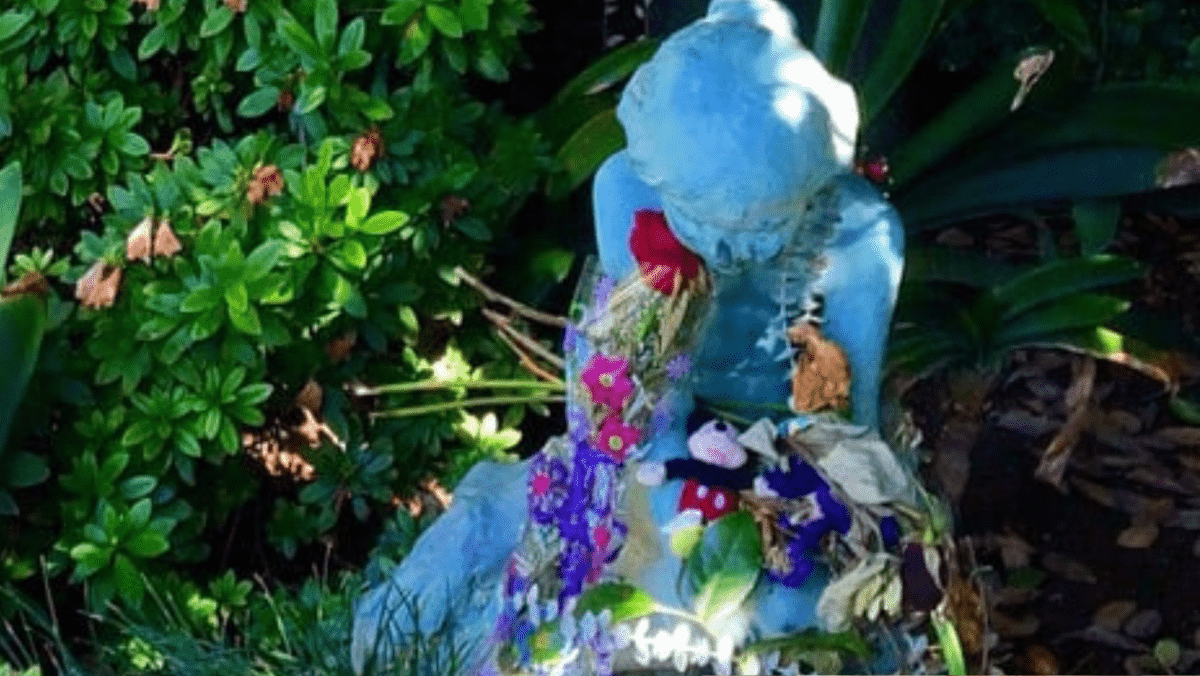 Each year, December 15 is the busiest day as more people visit Walt’s grave then than on any other day. It’s the anniversary of his passing.

Many fans admittedly make a visit to Walt’s gravesite a part of honoring him during their pilgrimage to Southern California. And it’s for this reason that though it’s not located at one of the six Disney Parks Resorts around the globe, Walt’s interment property remains one of the most sought-after and beloved Disney attractions on earth, nearly 60 years after his death.