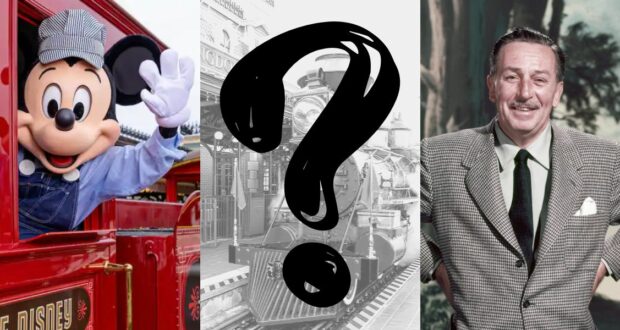 Disney’s Railroad Gets a New Conductor, but Who Is It?

The Walt Disney World Railroad has been closed at Magic Kingdom Park since December 2018. But big news is hitting the Disney fandom! The beloved Disney Railroad is now open for Cast Member previews, with a full reopening for all Park Guests very soon.

But, in the midst of all the Walt Disney World Railroad reopening excitement, Disney has also revealed there is a new voice for the 100-year-old vintage steam trains. That’s right, the railroad is getting a new conductor. But… WHO that conductor may be is still somewhat of a mystery.

Disney has announced that Walt Disney Imagineering took the opportunity of having the Walt Disney World Railroad temporarily closed for four years to provide the nostalgic attraction with a new narration and an all-new voice-over.

The new narration for the train makes sense, as Magic Kingdom Park has undergone changes in the past four years. Not only will the steam train now travel through the highly-anticipated TRON Lightcylce / Run roller coaster in Tomorrowland via a tunnel, but Splash Mountain in Frontierland will soon be rethemed to Tiana’s Bayou Adventure.

When it comes to the all-new voice, Disney has revealed, “The familiar whistle of its steam engine will be complemented by exciting new sounds and voices. A new conductor has assumed the role, carrying on the long tradition of warm welcomes and amusing anecdotes while adding fresh commentary and story to the journey.”

Furthermore, Disney notes that the new train conductor will have a “voice our Guests can envision and resonate with.”

Disney also gives the new conductor a new character-like background story, stating, “Someone who grew up on Main Street, U.S.A., dreaming of the day they’d be on the railroad. They’ve now achieved that dream, and they know everyone and everything at Magic Kingdom … an unofficial mayor of sorts. This conductor is humble, genial, and knowledgeable, and he’s eager to help passengers of these iconic steam trains get to their destinations around the park he loves so dearly.”

From that statement, we do know the conductor for the legacy attraction will be male with the “he” notation. Additionally, Disney notes that while on the journey encircling Magic Kingdom Park, “You may even encounter a character or two along the way!”

So, who could the conductor be? Walt Disney? Roy Disney? Mickey Mouse (as shown in Disney’s announcement picture above)? Or, it sounds like it could possibly be a voice we’ve never heard before, created specifically for this new Walt Disney World Railroad conductor role.

We’re curious to hear from this new conductor while taking a ride on the greatly missed Walt Disney World Railroad in the very near future.