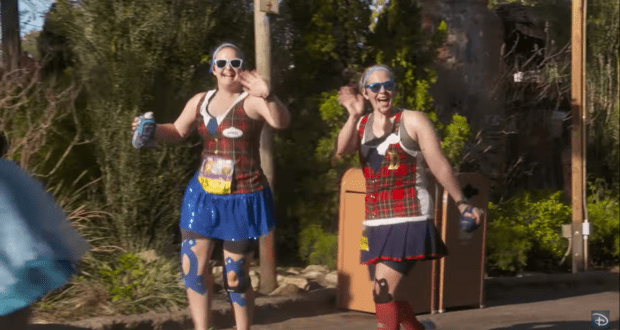 Last weekend, the Walt Disney World Resort held its RunDisney Marathon Weekend. Disney fans are invited to choose races they’d like to run from the RunDisney website. Some, however, choose to go for the goal and run four races in one. That’s called the Dopey Challenge.

Such was the case for a runner from Iowa named Kayla Swope. Kayla registered for the Dopey Challenge last year and then made her way to The Most Magical Place on Earth for the magical RunDisney Marathon Weekend. She was one of the hundreds–or thousands who celebrated last weekend at Disney World by running marathons! 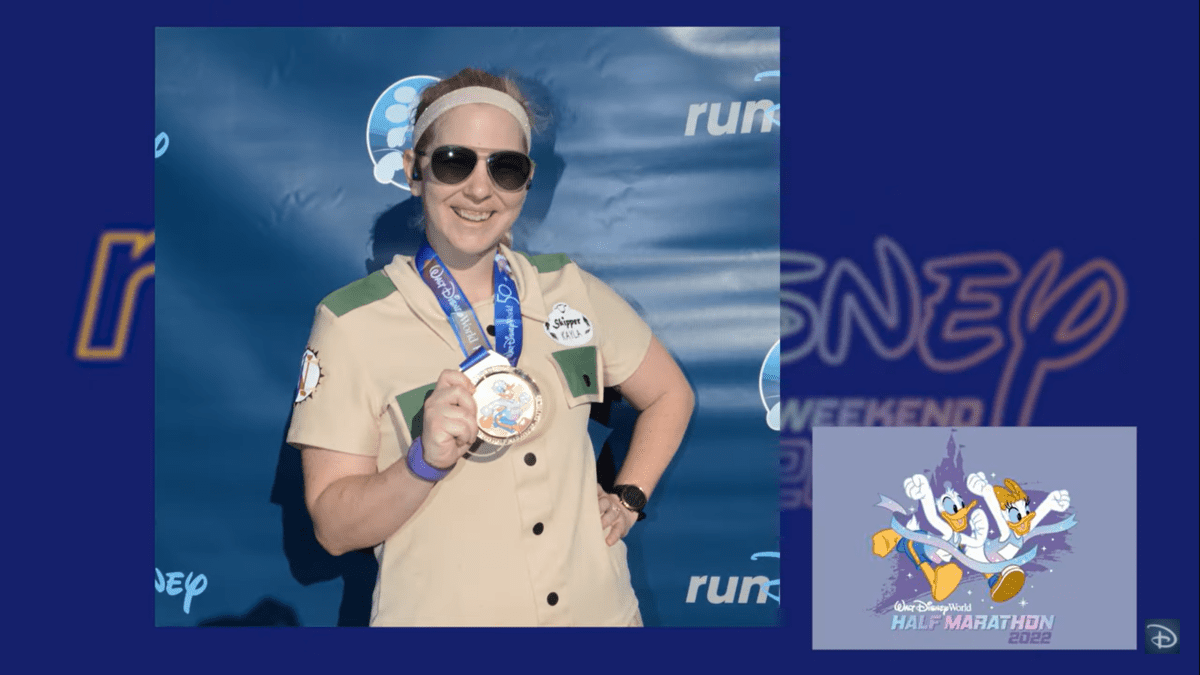 RELATED: All the details for Sunrise Yoga and Princess Marathon Weekend 2022 are here!

But Kayla might just be one in a million.

Kayla lives with a visual impairment called Granular Corneal Dystrophy, a degenerative condition. But she didn’t let that stop her from accepting and then dominating the Dopey Challenge! 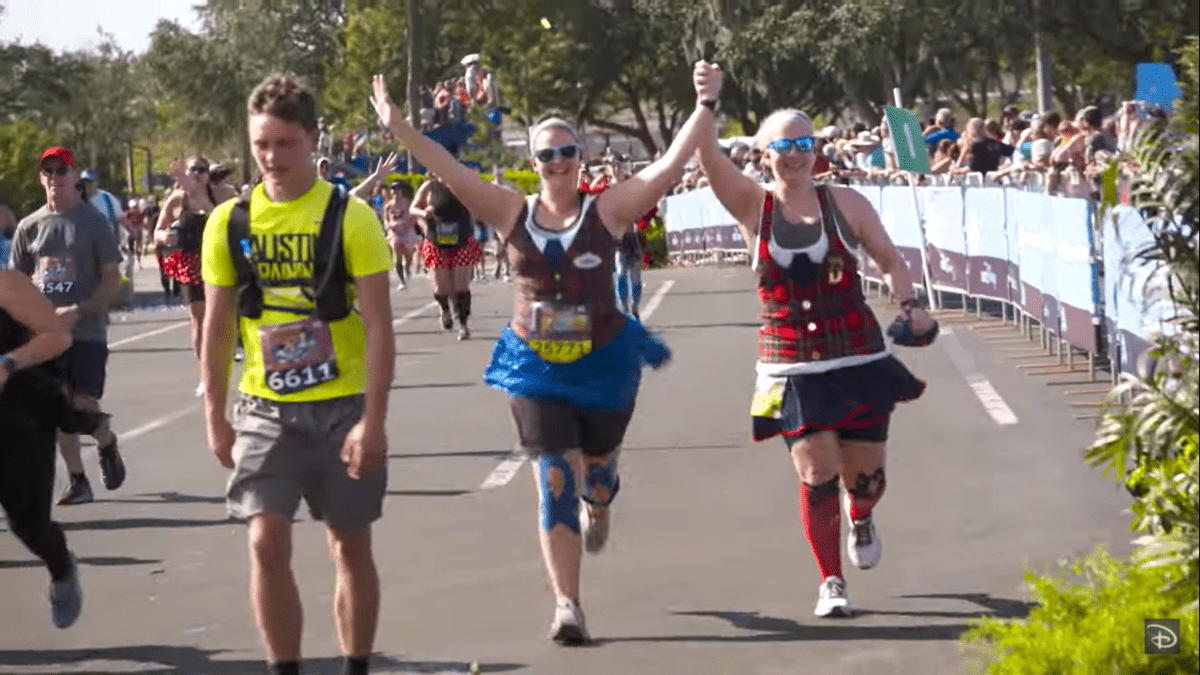 Kayla says that she was born with clear corneas, but over time, they became cloudier, compromising her vision. With her right eye, Kayla can only see about 15 to 20 feet ahead of her, making running marathons an arduous task. But her impairment has never held her back. The Dopey Challenge was not her first rodeo, um, marathon. She has participated in multiple RunDisney events, and more recently, that’s thanks to a guide who runs with Kayla. 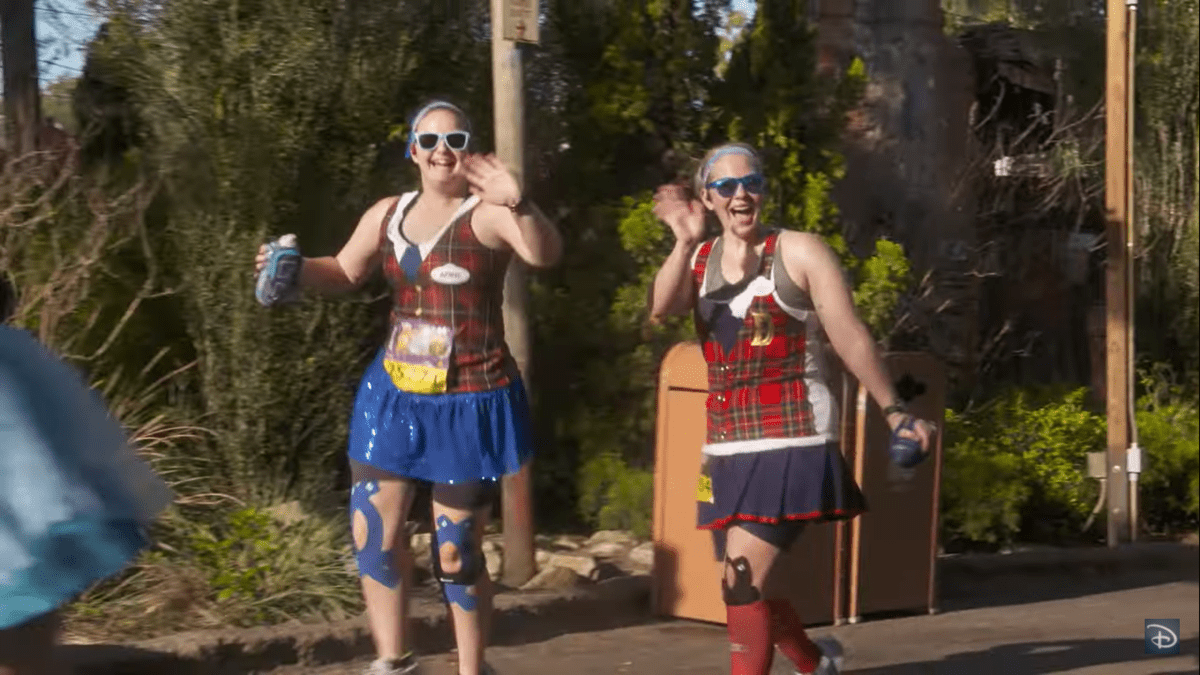 Kayla says the last thing she wanted to give up was her independence, but by 2020, her vision was impaired enough, that she needed assistance in running the RunDisney events.

“It’s so special for her to trust me to do this,” Kayla’s guide, Apryl said of the experience, “and for us to finally be here at the finish line, this day will live with me forever and ever and ever.” 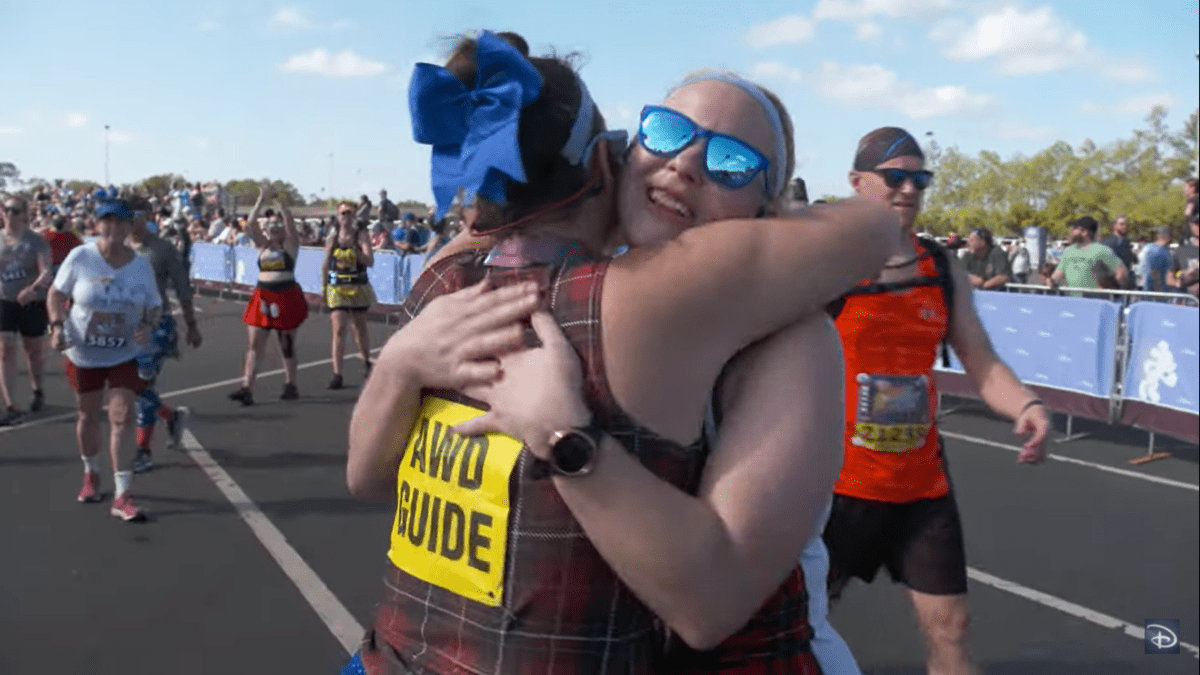 The Dopey Challenge is not for the faint of heart. It’s more than a marathon. It’s four days of racing; 48.6 miles in four consecutive days. The event began on January 6 and went through January 9, 2022, beginning at 5:00 a.m. each day. RunDisney touts the event as the “ultimate challenge:”

“Complete all 4 Walt Disney World Marathon Weekend races on pace and earn not only the 4 individual event medals, but both the Goofy’s Race and a Half Challenge medal and the Dopey Challenge Medal—for a grand total of 6!”

Participants of the Dopey Challenge each received:

You can see video of Kayla at the RunDisney events here:

Congratulations to Kayla and Apryl for completing the Dopey Challenge!

2022-01-13
+Becky Burkett
Previous: Reminder: D23 Expo Tickets Go On Sale In One Week!
Next: ‘I will own up to any mistakes I make’: Fan site gets it wrong about ‘Mandalorian’ filming shut-down. At least, we think so.