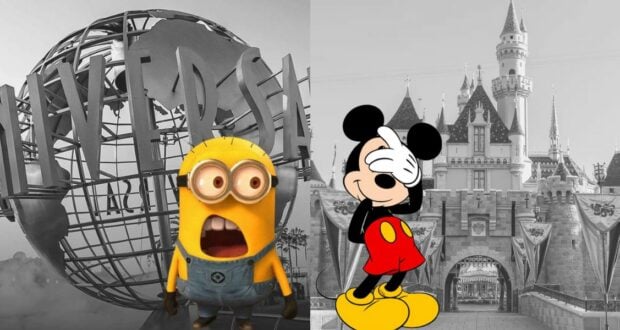 Universal’s IT Department Fails; Fans Compare to Disney’s IT Struggles

Universal, one of Disney’s top competitors, is preparing for the grand opening of its new land, Super Nintendo World, at Universal Studios Hollywood. But when a Pass Member Preview went sour, fans were quick to call out Universal’s IT Department… and compare it to Disney’s IT struggles.

Universal Studios Hollywood announced it was inviting its dedicated Pass Members to be among the first to experience the new Super Nintendo World along with its new ride, Mario Kart: Bowser’s Challenge, before the land’s official grand opening on February 17, 2023.

On January 5, 2023, Pass Members were invited to RSVP online on a first-come, first-served basis for the Passholder previews, which would take place on select dates between January 29 and February 11, 2023. Unfortunately, Universal’s system seemingly got overwhelmed, and fans attempting to snag a pass online at 1:30 pm PT were left flustered with no response from Universal for hours on end.

“We apologize for the inconvenience as we work through a network outage affecting Pass Member reservations for SUPER NINTENDO WORLD™. Please visit UniversalPassMember.com or Twitter at @UniStudios on Friday, January 6 at noon PT for updated information. All reservations will begin early next week and previously announced AP preview dates will remain the same. Thank you in advance for your understanding and patience and we look forward to your visit.”

@FrshBakedDisney took to social media to say, “Feels like Universal may be taking their competition with Disney a little too seriously. We only have room for one inept IT department in the theme park world.”

Disney fans know the struggles all too well! It seems like whenever Disney releases a new promotion, ticket sales, virtual pass, new merchandise, and more, the amount of people attempting to purchase whatever Disney is selling overwhelms the network… leaving Guests in long virtual queues or experiencing crashed webpages.

With the number of people streaming through the Universal and Disney Parks, along with visiting the popular websites, we truly hope both theme park giants work to step up their networks to withhold a high volume of eager customers.

2023-01-06
Jamie Sylvester
Previous: How Was Disney’s 2022? Well, Apparently They Were the “Worst of Woke”
Next: ‘Stranger Things’ Star In Talks to Lead ‘Pirates of the Caribbean’ Reboot