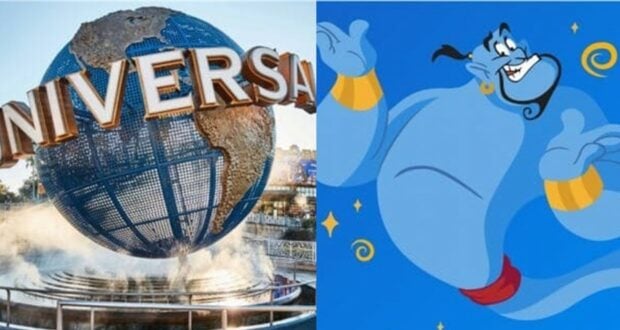 Universal Copies Disney World Genie’s “Why This” on Social Media

Walt Disney World Resort has officially introduced its new Disney Genie which Disney has said will allow Guests to optimize their day and pay to skip lines. The three-part program has a complimentary Disney Genie (built into the My Disney Experience App to optimize your Park day); the Disney Genie+ (much like former FastPass but now $15 per day), and Lightning Lane (eight a-la-carte attractions that don’t come with Genie+ that you can purchase to skip the line). It’s been a confusing week for Disney fans and the Disney Genie is most definitely not without faults. So, of course, Disney’s neighboring Theme Park is getting in on the action by poking fun at the new Disney Genie.

That’s right, Universal is at it again! It’s no secret that Universal Orlando Resort’s Twitter account will keep social media hoping with its occasional sass and poking fun at Walt Disney World. Most recently, Universal joked about EPCOT’s new Space 220 and its big screens. Not that Universal is one to joke about their MANY screens, but yes, they still poked at Disney anyway. Now, their target is Disney Genie.

Universal Orlando Resort took to Twitter to tweet, “Recommended Attraction: Jurassic World VelociCoaster – Why This >It’s new; It has Raptors; That second launch.”

Very cute Universal. While we complain about the Disney Genie upcharge, Universal has been charging Guests to skip the line for some time now. And yes, while we love VelociCoaster, it’s still not Disney! We can’t wait to see what Universal will tweet next about Disney.

disney genie genie social media universal universal orlando resort why this 2021-10-20
Jamie Sylvester
Previous: Dining at The Hollywood Brown Derby
Next: Online comments by “Disney Fans” are among some of the most toxic, angry posts of all, according to some experts