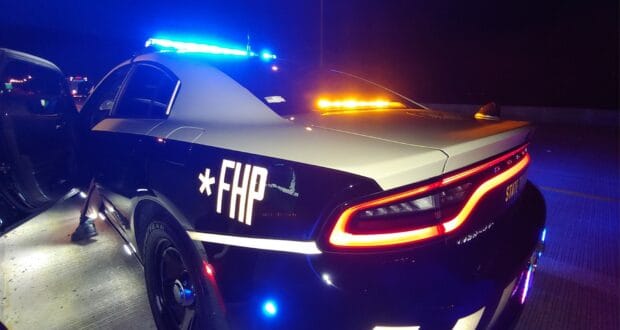 A terrible accident has claimed the lives of two in central Florida near Disney World. Both were killed in an accident on Tuesday morning, December 21, according to the Florida Highway Patrol.

According to Florida Highway Patrol troopers, the accident took place near the junction of U. S. 192 and World Drive near Magic Kingdom at the Walt Disney World Resort at around 2:45 a.m. yesterday morning. Per FHP, troopers are on scene of a fatal crash on US-192 & World Drive. Crash happened around 2:45am. SUV left roadway and overturned into pond. One person pronounced dead at scene, second died at the hospital. No roadblock. #traffic #news13osceola pic.twitter.com/ocYFxUkJqT

RELATED: Trip to Disney World for the 50th anniversary celebration ends in horrific tragedy for this North Carolina family

According to the officers, the incident was the result of the driver of the SUV failing to stay with and follow the curve of the road. This failure, according to the Florida Highway Patrol, is what led to the vehicle rolling over away from the roadway and into the body of water.

One motorist died at the scene of the car accident, and the second motorist died at Celebration Hospital after being transported by ambulance. Florida Highway Patrol officers have identified the motorists as a man from Valrico, Florida, who was 25 years old, and a 28-year-old female from Louisiana.

It’s unclear which victim was behind the wheel of the SUV when the accident took place. The investigation is still ongoing.

Only 2 weeks ago, on the evening of December 6, two Florida residents were killed in a car accident when, per Florida Highway Patrol officers, two different vehicles, a sedan and an SUV, were traveling westbound on Interstate 4 near mile marker number 62, which is the Celebration/Walt Disney World Resort exit.

When the sedan suddenly veered to the right, it struck the left rear section of the SUV in the next lane, causing the SUV to roll over and eject both passengers. Sadly, both lost their lives in the tragic accident.

Our sincerest condolences go out to the families of these individuals who lost their lives in this tragic accident.